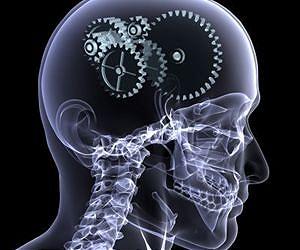 This is a curious observation that head size is increasing at a faster rate than overall body size over the past century. My interpretation of this observation is that we are predisposed to a larger skull provided our bodies are large enough. Our cousin the neanderthal had a relatively larger skull on a much more robust and larger body. Thus the assumption of a simple linear relationship could well turn out to be completely misplaced.


A number of factors have brought about larger Americans and this trend is now developing everywhere. It starts with ample nutrition but also the age of first pregnancy which has undergone a revolution in the last generation.


Final maturation generally concludes in one's mid twenties whatever may be claimed here and that is hardly changing.


I think that what is emerging is our natural optimized body and that the process for some lineages is almost complete but most are involved in catch up. If we could also optimize our diet, all would be good.


University of Tennessee anthropologists find American heads are getting larger


White Americans' heads are getting bigger. That's according to research by forensic anthropologists at the University of Tennessee, Knoxville. Lee Jantz, coordinator of UT's Forensic Anthropology Center (FAC); Richard Jantz, professor emeritus and former director of the FAC; and Joanne Devlin, adjunct assistant professor, examined 1,500 skulls dating back to the mid-1800s through the mid-1980s.


The researchers cannot pinpoint a reason as to why American head shapes are changing and whether it is primarily due to evolution or lifestyle changes.


"The varieties of changes that have swept American life make determining an exact cause an endlessly complicated proposition," said Lee Jantz. "It likely results from modified growth patterns because of better nutrition, lower infant and maternal mortality, less physical work, and a breakdown of former ethnic barriers to marriage. Which of these is paramount we do not know."


The researchers found that the average height from the base to the top of the skull in men has increased by eight millimeters (0.3 inches). The skull size has grown by 200 cubic centimeters, a space equivalent to a tennis ball. In women, the corresponding increases are seven millimeters and 180 cubic centimeters.


The scientists also noted changes that illustrate our population is maturing sooner. This is reflected in the earlier closing of a separation in the bone structure of the skull called the spheno-occipital synchondrosis, which in the past was thought to fuse at about age twenty. Richard Jantz and Natalie Shirley, an adjunct assistant professor in the FAC, have found the bone is fusing much earlier - 14 for girls and 16 for boys.


America's obesity epidemic is the latest development that could affect skeletal shape but its precise effects are unclear.


"This might affect skull shape by changing the hormonal environment, which in turn could affect timing of growth and maturation," said Richard Jantz. "We know it has an effect on the long bones by increasing muscle attachment areas, increasing arthritis at certain joints, especially the knee, and increasing the weight bearing capacity."


The research only assessed Americans of European ancestry because they provided the largest sample sizes to work with. Richard Jantz said changes in skeletal structure are taking place in many parts of the world, but tend to be less studied. He said research has uncovered shifts in skull shape in Europe though it is not as dramatic as seen in the U.S.