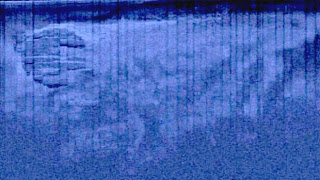 First off, the likelihood of this been a natural object seems pretty low.  The natural explanations are all troublesome.  An asteroid creates a mess and we do not have a mess down there.  Ancient sink holes also normally lack nice obvious symmetry and do not rise above the surrounding mud.  Volcanoes do a lot more that form a nice flat topped plug.  And it is certainly not modern human manufacture because someone would surely recognize it or know of a report.  In short it is confounding and we are going to have a close look at it to see what it really is.

One possibility that I want to throw out there is that it could be an ancient cut stone structure built when the sea level was three hundred feet lower before the end of the Ice Age.  We already have such a stone structure near but not circular of course.  It could even be more recent if the Baltic was inundated only in the past several thousand years.

If I have the scales right, then it is simply too big to be an ocean going vessel and appropriate for a stone platform.  It obviously has sharp edges which occur rarely in nature.  It really looks too ordered to be natural.

We are now going to find out in the next few days and it will be fun to see if it is anything or more questions.

The truth is out there about UFO in , Swedish scientists say

Swedish scientists plan to explore a mystery ripped straight from the “The X-Files.”

Rather than Mulder and Scully, this adventure features Swedish researchers Peter Lindberg and Dennis Asberg. They too know the truth is out there -- and in mere days plan to visit what they call the “Baltic Anomaly.”

Last summer, while on a treasure hunt between and , the pair and their research associates made headlines worldwide with the discovery of a 200-foot wide unidentified object at the bottom of the . Now a team of oceanographers, engineers and deep sea divers will return to the site Friday, June 1, for a 6 to 10 day trip.
They want to find out once and for all what it really is.

“We don’t know whether it is a natural phenomenon, or an object,” Lindberg, captain of the Ocean Explorer, told FoxNews.com. “We saw it on sonar when we were searching for a wreck from World War I. This circular object just turned up on the monitor.”

The discovery was a worldwide news event, covered in the popular press, the scientific press and in the blogosphere. Many speculated that the discovery was of a long-lost unidentified flying object (UFO), that crashed into the sea -- evoking Duchovny’s alien-hunting character on the TV show.

Lindberg is clearly aware of the connection: The logo for his “OceanX Team” is clearly meant to evoke the X-Files logo. But is the truth out there this time? He aims to find out.
“We’ll be searching the area in a number of ways,” Lindberg explained. “We’ll use sonar to make 3D images of the bottom, the clay bottom, of that part of the sea. We’ll send down deep-sea divers too. And a camera robot. We’ll also take samples from the sea bed and measure them for toxicities and radiation.”

At this point, Lindberg said, he and his colleagues “don’t know more than anyone else what it is” down there for certain.

But he’s willing to speculate as to the possibilities. The crash debris could be from a meteor, he told FoxNews.com. It could a naturally occurring gas well discovery -- located interestingly enough in international waters, he added. Or, he muses, it could be the remains of a Russian warship from the late 19th century.

“I don’t think it’s an ordinary stone formation, or cargo dropped from a ship,” Lindberg said. “But it can be a lot of things. If it’s not manmade, and was made by another form of intelligent life, it would be very lucky. I’ve never won the lottery before!”

His colleague, Dennis Asberg, agreed. “If this were a UFO, that would indeed be a strange thing.” He too speculates that it could be a gas well finding, or the remains of a meteor. “I’m just not sure,” he said. “But we’ll see soon.”

Others claim that the object, located 300 feet beneath the surface of the , may be a natural formation, or even an emerging volcano.

Earlier this year, Lindberg told the media he thought this discovery might be a “new .”

The Ocean Explorer crew includes 13 researchers, including a sonar expert, and a camera crew from Swedish TV that will document the event. Lindberg said he is in negotiations with Microsoft to see if the event can be carried live on the Internet, from the remote location in international waters via video streaming.

“We’re working with Microsoft on that, but nothing is final yet. Tell them we want to do a deal,” he joked.

The exploration is funded by private investors and bank notes that Ocean Explorer has secured, said Lindberg. The initial discovery of the unidentified sea object was made during a trek to find Swedish commercial ships sunk by the German Navy during World War I last summer.


Read more: http://www.foxnews.com/scitech/2012/05/29/truth-is-out-there-about-ufo-in-baltic-sea-swedish-scientists-say/#ixzz1wgTQeS93
Posted by arclein at 12:00 AM