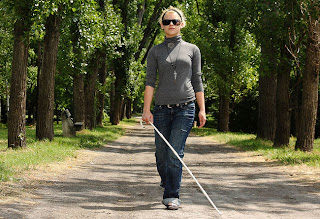 The take home that you can use is that you want to take Omega 3 containing capsules with every meal in order to establish the correct balance in the blood. Diet changes might accomplish the same thing but those can never be counted on in the same way that a planned supplementation can be. Now you know why folks appear enthusiastic about fish oil capsules.


A benefit in addition to others already known is that it appears to slow eye degeneration in the elderly. Thus we can suggest a daily intake of several thousand mgs of vitamin C, a couple thousand mgs of vitamin D and a couple capsules of good quality fish oil with every meal as reasonable practice. It also helps if you eat properly, but if you are reading this you are already a convert.


I am pretty sure that one of the primary scourges of aging is a deficiency of sufficient key nutrients in our general diet. What we get too much of hardly matters because the body can actually simply discard all that or convert it into fat. What we lack induces low grade starvation and eventually serious deficiencies and their related damage.


We badly need a superior testing protocol for discovering unsatisfactory imbalances in the first instance instead of what is largely guesswork far to often. My point is that we can do way better.


EDMONTON — There is nothing fishy about Dr. Yves Sauve's latest eye-opening discovery.


The University of Alberta ophthalmology and physiology researcher has found DHA, an Omega-3 fatty acid found in fish, can reduce and prevent age-related vision loss that occurs due to the natural accumulation of toxic substances in the eyes, known as lipofuscin.


"We don't have any studies other than what we've found with DHA that can prevent that accumulation," Sauve said.


Sauve and his team are doing trials in human patients with macular degeneration, a condition that results in the loss of central vision and is the main cause of blindness in people over 50. The trials have found those who have the highest level of DHA will have the lowest severity and slowest progression of macular degeneration.


Sauve said the condition inflicts one in 10 North Americans over age 65 and one in four over 75.


"In 2020, we are expecting that one in five Albertans will be seniors," he said.


"So we're preparing for that demographic tidal wave."


Sauve suggested everyone should increase their DHA levels by eating oily fish like salmon, or taking fish oil capsules with every meal. Because fish do not make the DHA but actually obtain it through micro-algae, vegetarian alternatives are also available in capsules that can be found in health food stores.


Sauve said a primary reason North Americans lack Omega-3 fatty acids is that the western diet is exceptionally high in processed foods that contain large byproducts of soy and corn, which are both high in omega-6 fatty acids.


A healthy diet should contain a one-to-one ratio of Omega-6 to Omega-3, Sauve said, but blood tests often find patients have a ratio as high as 15 to 1. He said Omega-3 fatty acids have proven beneficial to human health in many areas.


"We're telling people that fish oils are actually a very good thing, and not only for vision loss. This compliments other studies on cardiovascular health and also mental health in terms of severe depression," he said. "Even in children, attention deficit hyperactivity disorder can be tackled with the intake of DHA in some patients."


Sauve's studies were recently published in the journal Investigative Ophthalmology and Vision Science.