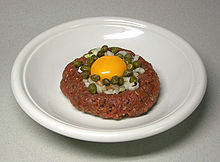 The take home is that the popular theory about cholesterol is deeply suspect and contra indicated for the elderly in particular. This study does not separate out the two types of cholesterol but I suspect that the best practice formulation is to eat vegan with an occasional chunk of fish and eggs. Our problem has never been eating the wrong foods so much as too much of the concentrated foods. A scrap of meat is a flavoring agent. A steak is serious over indulgence.

I recall in the Atkins book a tale of an elderly man who came out each day to buck firewood for two hours. He ate several eggs every day and had a perfect blood profile. Our problem is that we have been so brainwashed by so called accepted practice that even with an example like that in front of us, it is almost impossible to try it on.

Our society is slowly rethinking its diet and its lifestyle. Most have been engaged in a lifelong battle to manage diet and weight. I have successfully eliminated my primary weight issue and am presently stable at a comfortable level that is naturally sustainable and has been for months. Google 'arclein diet' on this blog.

Cholesterol is meat driven and needs to be thought through. Certainly the easiest fix is to use fish. However scant servings from time to time appears indicated and likely not going to cause harm in the form of inflammation. That was our natural regime anyway.


(NaturalNews) Including high-cholesterol foods as part of a healthy diet may not be the poor dietary choice we have all been told it is, suggests a new study published in the journal Nature Medicine. It turns out that cholesterol actually helps increase production of an important component of the nervous system that facilitates proper nerve cell communication, and prevents the onset of brain diseases such as Parkinson's and Alzheimer's disease.


The study focused specifically on patients with a condition known as Pelizaeus-Merzbacher disease (PMD), in which nerve cells are unable to properly manufacture protective myelin sheaths. It is these myelin sheaths, which are composed of lipid fats and proteins, that allow nerves to communicate and send appropriate electrical signals that trigger movement and cognition, and that protect nerves from damage.


Cholesterol, which is commonly dismissed as harmful and something that people should avoid, actually contributes to producing and maintaining myelin sheaths. Without it, as evidenced by the recent studies, individuals with PMD -- and potentially all individuals -- are at a higher risk of developing cognitive illness and brain degradation. And particularly those with PMD, low-cholesterol diets are almost sure to leave them exceptionally prone to nerve damage.

Cholesterol appears to be beneficial for everyone


Though the researchers attributed their findings about cholesterol specifically and solely to those with PMD, the implications for all individuals are striking, as the study further reinforces the idea that cholesterol is a necessary component of proper brain and nervous system function in everyone. This unconventional concept has been confirmed in several earlier studies, including a comprehensive study published in the Journal of American Physicians and Surgeons.(http://www.jpands.org/vol10no3/colpo.pdf)

"Cholesterol acts to interlock 'lipid molecules,' which stabilize cell membranes," writes Shane Ellison, M.S., in his book Health Myths Exposed. "[C]holesterol is a vital building block for all bodily tissues. Lowering such a vital molecule is absurdity. To illustrate, imagine that your house represents your body and the nails holding it together cholesterol. Now start pulling each and every nail out of the house. What happens? The house turns to a pile of rubble. The same is true for the human body."


What this all means for statin drugs, which mainstream medicine has ridiculously dubbed 'miracle drugs,' is that their cholesterol inhibiting properties can cause serious health problems down the road. By interfering with the liver's natural function of producing cholesterol, statin drugs can actually strip the body of much-needed cholesterol, and cause serious nervous system and cognitive damage.


The key to promoting healthy cholesterol levels in the body is not to take synthetic drugs, but rather to achieve vibrant health through proper diet and exercise, which includes a diet rich in healthy saturated fats and, yes, even cholesterol.


"Saturated fat and cholesterol in the diet are not the cause of coronary heart disease," says Dr. George V. Mann, M.D., professor of Medicine and Biochemistry at Vanderbilt University in Tennessee. "That myth is the greatest scientific deception of this century, perhaps of any century."


You can learn more about the cholesterol myths by visiting:

http://www.naturalremediescures.com
Sources for this article include: