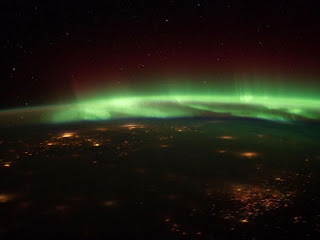 This is surely a solar driven phenomena that has simply not been observed yet. The fact that it occurred in historic times and that carbon 14 variability begs a better explanation anyway, suggests that it is linked in some ways to solar flares. How about a direct hit from a solar flare? The apparent frequency fits nicely. That would be rare but also not impossible.

Sooner or later, one of our space craft is going to pass through a solar flare and we will then perhaps have a clearer understanding of what occurs. I suggest that we send up all craft with selected sensors and communication equipment that is properly hardened against such an indicated event.

Somehow we need to track tree ring data much further back than has been achieved and we need to locate similar events as key markers that can allow us to anchor our dates. At the moment it is enough to know that it happened once and that we may want to be more careful around solar flares than anticipated so far.

A solar flare may be able to produce a magnetic acceleration tube that concentrates charged particles. This would be a real solar storm.

Spike in carbon-14 levels indicates a massive cosmic event — but supernovae and solar flares ruled out.

Auroras are seen when bursts of charged particles hit Earth's atmosphere — but there is no record of these occurring at the same time as the 14C increase in tree rings.©NASA

Just over 1,200 years ago, the planet was hit by an extremely intense burst of high-energy radiation of unknown cause, scientists studying tree-ring data have found.

The radiation burst, which seems to have hit between ad 774 and ad 775, was detected by looking at the amounts of the radioactive isotope carbon-14 in tree rings that formed during the ad 775 growing season in the Northern Hemisphere. The increase in 14C levels is so clear that the scientists, led by Fusa Miyake, a cosmic-ray physicist from Nagoya University in Japan, conclude that the atmospheric level of 14C must have jumped by 1.2% over the course of no longer than a year, about 20 times more than the normal rate of variation. Their study is published online in Nature today1.

"The work looks pretty solid," says Daniel Baker, a space physicist at the University of Colorado's Laboratory for Atmospheric and Space Physics in Boulder, Colorado. "Some very energetic event occurred in about ad775."

Exactly what that event was, however, is more difficult to determine.

The 14C isotope is formed when highly energetic radiation from outer space hits atoms in the upper atmosphere, producing neutrons. These collide with nitrogen-14, which then decays to 14C. (The fact that this is always happening because of background radiation is what produces a continuous source of 14C for radiocarbon dating.)

The only known events that can produce a 14C spike are floods of γ-rays from supernova explosions or proton storms from giant solar flares. But neither seems likely, Miyake says, because each should have been large enough to have had other effects that would have been observed at the time.

A massive supernova, for example, should have been bright enough to produce a 'new' star visible even in the daytime, as was the case for two known supernovae in ad 1006 and ad 1054. Such an explosion would have needed to be brighter than either of these, Miyake says, because those events were not large enough to leave traces in the 14C record.

It is possible, she says, that the proposed event might have occurred in the far southern skies, where astronomers of the era wouldn't have seen it. But still, she says, if it did happen, today's X-ray and radio astronomers should have found signs of a "tremendously bright" remnant of the explosion.

As for solar flares, she says, anything that could have produced the required amount of super-high-energy protons would have vastly exceeded the most intense solar outburst ever recorded. There should have been a historical record of extraordinary auroras — not to mention that such a gigantic flare would probably have destroyed the ozone layer, with devastating ecological consequences.

Baker, however, thinks that Miyake's team may have been too quick to rule out a solar flare. Flares are sometimes associated with coronal mass ejections (CMEs) — huge eruptions of magnetically charged plasma from the Sun's atmosphere that send streams of charged particles towards Earth. It might be possible, he says, for CMEs to be accompanied by conditions in which an unusual number of protons are accelerated to super-high energies, even without the flare itself being "ridiculously strong".

"We know much more these days about how important proton acceleration is at the shock fronts that precede CME structures as they propagate towards Earth," Baker says. "I would like to think about whether a strong CME moving directly towards Earth could have produced the intense proton population that impacted Earth's atmosphere."

"It would be fascinating," Baker adds, "if there were some record in China or in the Middle East that reported powerful aurora or some other such event" around the same time as the observed 14C increase.