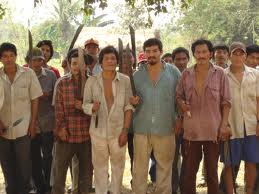 Let us have it right between the eyes. Our present diet is not optimal in producing the best breast milk for a developing infant. Our diets hardly optimal anyway in view of the obesity epidemic.

A short review of artificial baby formulas will also make you choke and it is obvious that they need to be rethought and reformulated in order to provide flexibility to the mother.

The maternal diet needs to be completely rethought and certainly needs to include ample fish and fish oils.

The researcher here makes a link in regards to lower school scores, but that is more a problem of culture and support and inept teaching approaches.

Yet it cannot be dismissed out of hand that our diet is impacting learning which it certainly is. The main culprit is surely excess wheat in particular which has come to dominate our food intake beyond what is safe as well as sugar of course. Hyperactivity is a result of just this.

ScienceDaily (June 9, 2012) — Working with researchers at the University of Pittsburgh and the Cincinnati Children's Hospital, anthropologists at UC Santa Barbara have found high levels of beneficial omega-3 fatty acids in the breast milk of economically impoverished Amerindian woman as compared to women in the United States.

Their research appears in the current issue of the journal Maternal and Child Nutrition.

Additionally, the percentages of DHA in breast milk did not significantly decrease across the first two years postpartum, the period during which infant brains experience peak growth and maximal uptake of DHA. This was also true for the U.S. women, and the study suggests that extended breastfeeding by both U.S. and Tsimane mothers may provide infants with a constant source of DHA during the critical period of brain development.

"The fatty acid composition of breast milk varies with the fatty acid composition of a mother's diet and fat stores. Ancestral humans likely consumed omega-6 and omega-3 fatty acids in equal proportions," said Melanie Martin, a doctoral student in UCSB's Department of Anthropology, and the study's lead researcher. "Tsimane mothers' omega-6 to omega-3 ratios were four to one, much closer to the ancestral estimates than observed in U.S. Women."

Unfortunately, the ratio of omega-6 to omega-3 in industrialized diets varies from 10 to 1 to as high as 20 to 1. This is most likely due to the absence of fresh fish, and regular consumption of processed foods and vegetable oils rich in linoleic acid (an omega-6), as well as trans fats. These high levels of omega-6 have been linked to increased risks of obesity, inflammation, and cardiovascular disease, and interfere with the synthesis of DHA and other omega-3 fatty acids.

"The Tsimane mothers' average milk DHA percentage was 400 percent higher than that of the Cincinnati mothers, while their average percentages of linoleic and trans fatty acids were 84 percent and 260 percent lower, respectively," said Martin. "Despite living in economically impoverished conditions, Tsimane mothers produce breast milk that has more balanced and potentially beneficial fatty acid composition as compared to milk from U.S. Mothers."

The study comes in the wake of the May 21 issue of Time magazine, which reignited debate over the appropriate age at which a child should top nursing. "Buzz about the recent Time magazine cover missed the point," noted Steven Gaulin, professor of anthropology at UCSB, and one of the study's co-authors. "The American diet is eroding one of the most important benefits breast milk can provide -- fats that are critical to infant brain development. It's not surprising that, among developed nations, American children are last on international tests of math and science."

The study's findings highlight important questions about infant formula, the fatty acid content of which is based on the breast milk of U.S. mothers. "The study suggests that standards of fatty acid composition for infant formulas should be derived from populations such as the Tsimane," Martin explained. "And nutritional recommendations for infants should account for the prolonged requirements of fatty acids that breast milk naturally provides."

Also contributing to the study was Michael Gurven, professor of anthropology at UCSB.
Posted by arclein at 12:00 AM