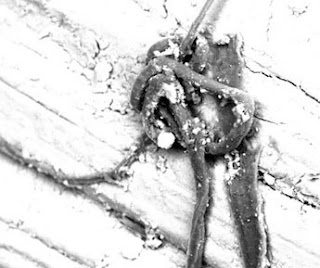 This work is obviously one of the most important scientific discoveries already inasmuch as it ends categorically the debate regarding the uniqueness of human life and of life for that matter.  It is about to provide the Rosetta stone to our own human genome.  The Starchild genome will automatically accelerate our understanding of the human genome and of Earth’s lifeforms.  What is prospective suddenly becomes simply proven.

Two innovations are apparent in the structure of the skull itself.  The first is genetic.  The skull itself is formed using the structure of tooth enamel. This is an artificial choice that in natural circumstances would be fatal.  The resulting shell is simply too thin and too brittle to stand up at all.  Thus the trick of implanting a carbon fiber mesh during the final growth surge which will allow the bone to grow around the neutral fiber.  I known it is not proven yet, but do we expect another option?

We have not done this trick ourselves yet, but it will be soon enough.

In the meantime there is a golden opportunity to participate in the financial support of this project while everyone continues to snooze..

THE STARCHILD SKULL is a genuine 900-year-old bone skull found in in the 1930s. The Starchild Project is an informal organization which began in 1999 when Ray and Melanie Young, the owners of the Starchild Skull, asked Lloyd Pye to head research efforts to determine what caused the unusual shape and properties of the bone.

The results uncovered by the research team ruled out all known deformities, uncovered potential alien DNA, and presented the scientific community with a genetic and physical profile never before seen on Earth.

FIBERS IN THE STARCHILD SKULL BONE

In 2003 samples of the Starchild Skull's bone were examined using a scanning electron microscope. Previous research had discovered that the bone was thinner and more durable than normal human bone, and when examined under magnification strange fibers were found embedded within the bone.


Although the fibers are present only inside the bone, mycologists were consulted in an attempt to identify them as a fungus or other organism. They reported that it did not appear to be a biological contamination. Nothing like this has ever been seen in any kind of bone. Speculation is that these fibers act like the steel reinforcing rods in concrete, but so far the Starchild Project has not been able to isolate the fibers for further testing.

An unclassified medical condition called "Morgellons Disease" has been suggested as the cause of the fibers, but the size, shape, and appearance of the fibers in the Starchild bone are completely unlike those linked to Morgellons. 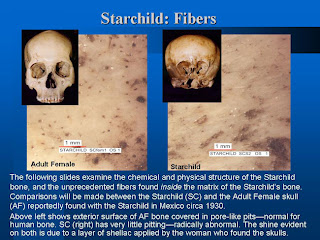 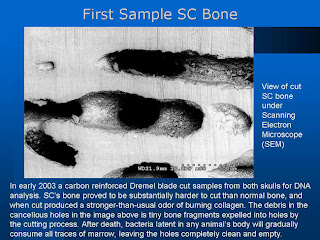 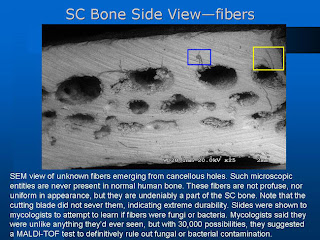 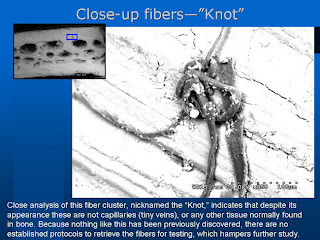 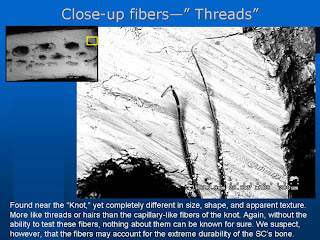 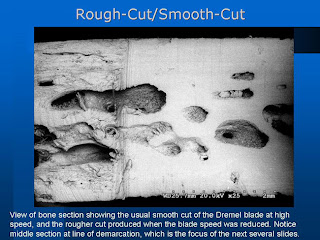 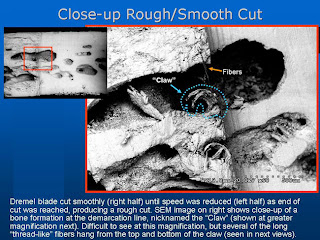 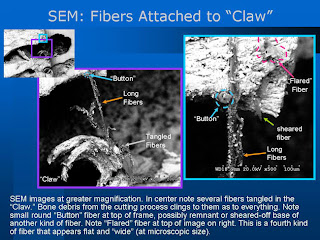 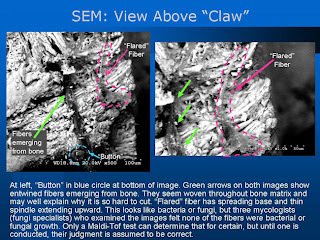 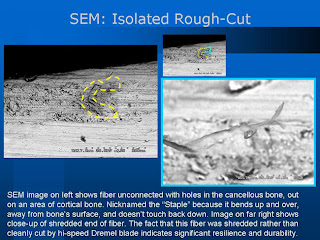