Bad Memories can be Neutralised 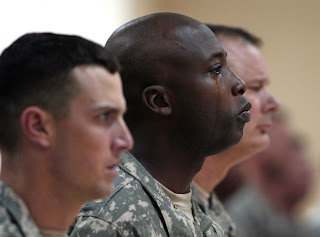 Somehow this procedure created a new route to the memory that sidestepped the emotional triggers. This is powerful and will allow a subtle resolution of a range of mental and emotional problems that plague many individuals in our society.

It is apparently really quite simple. One asks the disturbed person to recall the underling issue and the related emotions experienced. One then asks them to designate a key word to allow easy reference to the memories and voila, it is now stepped around. The mind will plausibly no longer focus on the emotions themselves and perhaps reinforce those emotions. Better still it begins to deal with it objectively. It also indicates why aspects of psychoanalysis will work even by accident.

This is subtle but it is also a learnable protocol that we can consciously apply to the distraught.

People can be trained to forget specific details associated with bad memories, according to breakthrough findings that may usher the way for the development of new depression and post-traumatic stress disorder therapies.

People can be trained to forget specific details associated with bad memories, according to breakthrough findings that may usher the way for the development of new depression and post-traumatic stress disorder therapies.
New study, published in the Journal of Experimental Psychology: Learning, Memory and Cognition, reveals that individuals can be taught to forget personal feelings associated with an emotional memory without erasing the memory of the actual event.

Researchers found that individuals were still able to accurately recall the cause of the event even after they've been trained to forget the consequences and personal meaning associated with the memory.

"The ability to remember and interpret emotional events from our personal past forms the basic foundation of who we are as individuals," lead researcher Dr. Saima Noreen said in a news release.

"These novel findings show that individuals can be trained to not think about memories that have personal relevance and significance to them and provide the most direct evidence to date that we possess some kind of control over autobiographical memory," Noreen added.

Noreen and co-researcher Malcolm MacLeod, a psychology professor from the University of St. Andrews, asked study participants to generate emotional memories in response to generic cue words like theater barbecue, wildlife and so on.

Participants were asked to recall the cause of the event, the consequence of the event and their personal meanings attached to the event.

Researchers then asked participants to come up with a single word that had personal meaning, and which reminded them of the event.

Surprisingly, researchers found that even though the entire autobiographical episode was not forgotten, the emotional details associated with the memory were.

Consequentially, participants were able to remember the cause of the event, but were able to forget what happened and how it made them feel.

"The capacity to engage in this kind of intentional forgetting may be critical to our ability to maintain coherent images about who we are and what we are like," co-author Professor MacLeod said in a statement.