Mosquitoes That Can Not Transmit Malaria 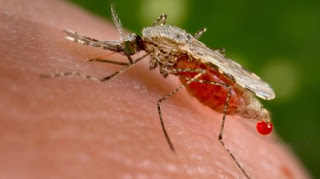 This is a secondary strategy to run parallel with the strategy we described some months back in which populations of genetically modified males are dumped into the environment to produce a generation of wingless females and more winged males to pass on the mutation.

The first major field tests are underway and I am sure we will soon learn about its efficiency,

This item describes an additional strategy that also acts to preserve the species at the same time in case it is desirable to do so.

The promise of this approach is excellent generally and could lead to simple eradication and the outright elimination of malaria.  Malaria is the present most devastating sickness out there globally and lacks effective counter measures that are bullet proof, unlike AIDS which at least be pushed into the background while the victim gets on with his life.

Scientists have created genetically-modified mosquitoes that are incapable of spreading malaria
By Ben Coxworth
15:48 June 13, 2012

Last year, Prof. Anthony James announced that he and his colleagues had genetically altered Aedes aegypti mosquitoes in a fashion that could drastically reduce their populations. In a nutshell, the altered genes cause the female mosquitoes to be born without wings – this makes it rather difficult for them to go foraging for blood, and turns them into easy prey for almost any predator. The non-biting males are born with wings, and subsequently go off and mate with unmodified females, passing the modified genes along to their offspring. Now, James has done some more genetic engineering, to create mosquitoes that can’t spread malaria.

The University of , molecular biologist worked with colleagues from both UC Irvine, and the Pasteur Institute in .

They started with mice that were infected with the Plasmodium falciparum parasite, which causes malaria. Those mice created antibodies in order to kill the parasites. The scientists identified the molecular components of this immune response, then altered the genes of the Anopheles stephensi mosquito in order to cause the same response to occur in their bodies – ordinarily, mosquitoes simply act as carriers of the parasites, exhibiting no immune response towards them.

In short, parasites picked up by the mosquitoes are killed by the insects’ altered immune systems, meaning that people subsequently bitten by those mosquitoes won’t develop malaria. Although the study was done using Anopheles stephensi, the technique could reportedly be used on dozens of different types of mosquitoes.

Unlike James’ previous efforts involving the flightless females, this approach would not actually reduce the numbers of mosquitoes present in an area. Much as many people might like the idea of the eradication of mosquitoes, this could be a good thing – it’s still unclear how the sudden elimination of a species as plentiful as the mosquito might affect ecosystems. That said, of course, the wisdom of releasing genetically modified mosquitoes to breed with wild populations might also be questioned.

Given that approximately one million people die worldwide every year from malaria – which is spread mostly by mosquitoes – it’s a risk that some people may be willing to take. “We see a complete deletion of the infectious version of the malaria parasite,” said James. “This blocking process within the insect that carries malaria can help significantly reduce human sickness and death.”

A paper on his research was published this week in the journal Proceedings of the National Academy of Sciences.