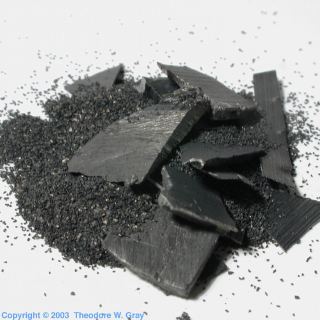 What is forming is a global consensus around thorium reactor development. I think that this is a milestone in terms of general credibility and ultimate introduction of the developing technology. This is extremely important.

1 not said here is that a working thorium salt reactor can be used to consume all spent nuclear fuel because it bathes the atoms in neutrons and speeds decay. Thus even if we no longer need nuclear power, we need thorium reactors to mop up the spent fuel.

2 They provide effectively bullet proof heat engines because of the natural fail safes.

3 The decay process itself ends in benign byproducts.

Had we not been so excited about making bombs, thorium would have led the nuclear age for just these reasons. Now we need thorium to clean up the mess.

China and India is also leading this initiative and that means we are the beneficiaries rather than the other way around. Get over it and say thankyou.

DOE is quietly collaborating with China on an alternative nuclear power design known as a molten salt reactor that could run on thorium fuel.

China plans to have a 5 megawatt molten salt reactor in 2015.

DOE’s assistant secretary for nuclear energy Peter Lyons is co-chairing the partnership’s executive committee, along with Jiang Mianheng from the Chinese Academy of Sciences (CAS), according to a March presentation by CAS on thorium molten salt reactors. Beijing-based CAS is a state group overseeing about 100 research institutes. It and the DOE have established what CAS calls the “CAS and DOE Nuclear Energy Cooperation Memorandum of Understanding.”


Outside of the DOE, at least three companies in the West are privately developing thorium reactors: Flibe Energy, Huntsville, Ala, which has dusted off 1960s ORNL technology; Thorenco, San Francisco; and Ottawa Valley Research, Ottawa. Baroness Bryony Worthington of the UK House of Lords has emerged as the West’s political champion for thorium. India, home to huge reserves of thorium, also has ambitious plans. Japanese utility Chubu Electric is considering it.

Sinha said the country already has the technological know-how to use thorium. However, for large-scale use of thorium, the country will need two decades. "We have to assess the thorium-powered reactor on various aspects in the long-term before replicating similar models in bigger ways," he added.

The U.S. Department of Energy is quietly collaborating with China on an alternative nuclear power design known as a molten salt reactor that could run on thorium fuel rather than on more hazardous uranium, SmartPlanet understands.

DOE’s assistant secretary for nuclear energy Peter Lyons is co-chairing the partnership’s executive committee, along with Jiang Mianheng from the Chinese Academy of Sciences (CAS), according to a March presentation by CAS on thorium molten salt reactors. Beijing-based CAS is a state group overseeing about 100 research institutes. It and the DOE have established what CAS calls the “CAS and DOE Nuclear Energy Cooperation Memorandum of Understanding.”

The 48-page presentation, entitled “TMSR Project of CAS” (TMSR stands for thorium molten salt reactor) is dated March 12, 2012  throughout, except on the cover page, which gives a March 18 date. It names the author as Xiaohan Yu from CAS’ TMSR Research Center, based at the Shanghai Institute of Applied Physics.

The abbreviation “UCB” also appears on the cover page, suggesting that Yu (I believe his Chinese name is Yu Xiaohan, Americanized to Xiaohan Yu in the presentation) delivered his talk at the University of California Berkeley on the 18th. One of the scientists working in the alliance is John Arnold, a UC Berkeley chemistry professor. I’ve sent emails over the last day to Lyons, Jiang, Arnold and several other principles, requesting confirmation and elaboration. No additional information came back by publication time.

A DOE spokeswoman told me, “we are working on responses now and will let you know as soon as possible.”

The U.S. under President Richard Nixon chose uranium over thorium in part because uranium reactors provided the weapons grade waste that was desirable during the Cold War. That set the stage for a uranium-based nuclear industry. Today, solid uranium fuel powers almost all of the world’s 434 commercial reactors.

The CAS presentation describes a China that’s keenly interested in thorium as a future CO2-free source of power in a country choking on the emissions of its coal fired power plants.

One reason for China’s interest in thorium: It has an ample supply of the substance, which occurs in monazite, a mineral that also contains rare earths, the metals that are vital across industries ranging from missiles to wind turbines to iPods. China, which dominates the world’s rare earth market, is believed to be sitting on substantial stockpiles of thorium that it has already extracted from the rare earths that it has mined and processed.

The CAS presentation also points out that China has far more thorium than uranium. It notes that China imported 95 percent of the uranium ore it used in 2010. To address its uranium shortfall, China has been buying up foreign uranium mines, including taking control of Namibia’s Husab mine in March.

Nuclear currently provides less than 2 percent of China’s electricity. But as SmartPlanet has noted,its share will surge as China builds as many as 100 new reactors - nearly a quarter of the world’s current total - over the next 20 years.

Those will include conventional uranium reactors as well as alternative designs such as thorium MSRs and fast neutron reactors. (Bill Gates’ TerraPower is developing a type of FNR known as a traveling wave reactor. Gates has also discussed a possible Chinese co-operation, with China National Nuclear Corp).  FNRs are expected to play a big role in China by 2050.

China is developing at least two thorium reactors, and is looking at molten salt technology as well as at another approach that triggers a thorium reaction by using a particle accelerator - a technique pioneered by Nobel Prize winning physicist and former CERN director Carlo Rubbia.

It is now linking up with DOE in an effort to better understand the workings of the molten salt variety. The collaboration is also investigating “nuclear fuel resources” and “nuclear hybrid energy systems,” according to anorganization chart (see below) included in the CAS presentation. The DOE’s Stephen Kung and CAS’ Zhu Zhiyuan serve as “technical co-ordination co-chairs,” supporting their bosses Lyons and Jiang, who co-chair the “MOU Executive Committee.”

Scientists from ORNL, MIT, the University of California Berkeley, Idaho National Laboratory (INL) and several branches of CAS including the Shanghai Institute of Applied Physics (SINAP) and Shanghai Advanced Research Institute are on the MOU committee (again, see chart below). Two of the U.S. labs - ORNL and INL - are co-managed for DOE by Battelle Memorial Institute, the Columbus, Ohio non-profit science and technology group.

What’s not clear is what, exactly, the U.S. will get from the collaboration.

While China has declared an interest in building thorium reactors - including CAS’ January 2011 approval of a TMSR project - the U.S. has not. The partnership with China suggests that the U.S. acknowledges a possible role for thorium in its energy future.

But some skeptics worry that the U.S. is foolishly abetting Chinese efforts to advance a crucial energy technology that China could soon control, and thus give China hegemony in two vital areas: rare earths and energy. ORNL, the 1960s thorium molten salt pioneer,  has no clear path to commercialization given the U.S. government’s lack of commitment to the technology.

Outside of the DOE, at least three companies in the West are privately developing thorium reactors: Flibe Energy, Huntsville, Ala, which has dusted off 1960s ORNL technology; Thorenco, San Francisco; and Ottawa Valley Research, Ottawa. Baroness Bryony Worthington of the UK House of Lordshas emerged as the West’s political champion for thorium. India, home to huge reserves of thorium, also has ambitious plans. Japanese utility Chubu Electric is considering it. And thorium is picking up attention with the recent publication of the book SuperFuel, by author Richard Martin.

Many of those supporters urge the use of thorium reactors not only for generating electricity, but also for providing carbon-free heat to power industrial processes such as extracting oil from tar sands, or in the metals, chemicals and cement sectors, among others.

They also point out that the reactors could power water desalination, and that they have valuable byproducts that could be used as fertilizers and for medical applications.
China clearly sees many of those benefits as well.

The CAS presentation describes the possible use of thorium reactors as a heat source for various applications, including hydrogen and methanol production.

CAS also points out that molten salt, germane to liquid thorium reactors, can also serve as heat storage in solar thermal power plants in which parabolic mirror warm a fluid that eventually drives a turbine. By storing the fluid’s heat, molten salt technology can potentially answer one of the main criticisms of solar power: that it cannot generate electricity at night.

Like thorium nuclear, that would be a development that should equally interest either country. Let’s see if technology truly flows in both directions in this new partnership.