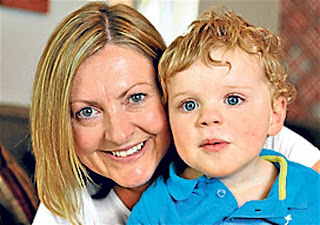 This is the third or so published story out there that confirms that immediate CPR is able to, through blood micro movements, sustain life until the heart can be restarted.

I have my own case in which my heart stopped for twenty minutes until resuscitation was successful. CPR was immediately applied in my case with effectively zero damage when it was all over.

In this case, I suspect the CPR was difficult to judge and may have also wasted much effort on blowing air. Yet any damage was minor and totally reversed.

The most dramatic case has been with a CPR device in which the victim lasted two and one half hours and had a full recovery.

So the take home in the case of a heart attack is to apply CPR until the victim is under care in an hospital and it can be shown that resuscitation will be impossible.

The science behind this remains misunderstood. The blood is loaded with oxygen ample to supply the bodies minimal needs for what is now understood to be hours so long as some blood movement is possible even if it is only back and forth a little.

A toddler whose heart stopped beating for 39 minutes has made an amazing recovery, having been allowed to return home after treatment.

Zach Hilary, two, pictured with his mother Trudy. He has had to learn how to eat, walk and talk all over again

Zach Hilary, aged two, suffered a heart attack on Jan 26, when his mother, Trudy, found him collapsed on the floor, groaning, at their home.
She called 999 and performed mouth-to-mouth resuscitation on her son for 10 minutes

Mrs Hilary, 40, a paramedic, and her husband Dave, 37, an IT consultant, were told that Zach had swelling on his brain. Doctors warned them to prepare for the worst. The boy was put into a medically induced coma and there were concerns that he could suffer brain damage.

But Zach recovered and since he has returned to the family home in York, he has relearnt all of the skills he had picked up and now has the full abilities of a two year-old. “It has been amazing to watch him recover,” said Mrs Hilary. “It has been like watching a newborn in fast motion. He has had to learn to eat, hold a cup, walk and talk all over again, all in the past few months.” She said he had been watching television when he suffered the heart attack. Initially she thought he was playing around, but then she dialled 999.

“It’s just a parent’s worst nightmare,” she said. “While I was on the phone, Zach stopped breathing. They talked me through mouth-to-mouth and chest compressions, which I did for 10 minutes.

“The paramedics arrived and continued CPR for about five minutes in the house, then took him into the ambulance and were shocking him.” He was taken to York Hospital, where he was given adrenalin to start his heart again. Mr Hilary had been away and joined his wife at the hospital. Mrs Hilary said: “They gave him adrenalin shocks three times and finally his heart started beating again.

“It felt like an absolute lifetime waiting to find out if he would live or die. The doctors told me that the prognosis was not good, that his heart had stopped beating for 39 minutes, and to prepare myself for the worst. It was just devastating.”

Five months on, the toddler is back at home with his parents and his brothers Jake, five, and six-month-old Scott.

When Zach was taken off a ventilator, an MRI scan revealed that his brain had been damaged. He was given physiotherapy and speech therapy and on Feb 27 was finally able to go home. The cause of the heart attack is a mystery. Mrs Hilary has since been on a resuscitation course in case it should happen again.

One of the paramedics, Amy Mackintosh, said the case was one of the most unusual she had come across. York Teaching Hospital NHS Foundation Trust said: “It’s fantastic news that Zach is doing so well. We are always pleased to hear of a good outcome.”