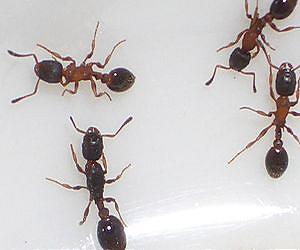 I was a tad skeptical at first, but this could be surprising. My Interest is in knowledge itself and what is unexpected is that a key connective in the search for a complete knowledge base is the social component. A large part of the rational for maintaining a day book type blog as I do here is that I add substantially to the social content of presently unaccepted ideas.

My point is that even when you are absolutely right, until thousands of strangers come to agree with you, the accepted paradigm will blindly oppose you by merely ignoring the mass of evidence.

My present favorite is the Starchild skull which with a mass of DNA work confirming the alien nature of the skull no one has yet stepped forward to really beat the drums and bring the mass audience on side. Yet this is a gimme compared to the challenge faced with other famous discoveries that are simply not going away because they are real.

It is a nice strategy that would significantly enhance the Google experience. 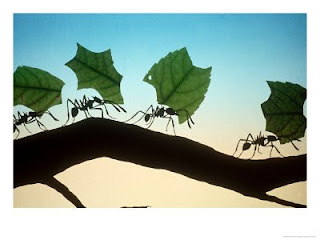 Thanks to this new search algorithm, the system can find these routes more easily, and without modifying the structure of graph (an image that uses nodes and links to represents the relationships among a set of elements).

One of the main technical questions in the field of social networks, whose use is becoming more and more generalized, consists in locating the chain of reference that leads from one person to another, from one node to another.

The greatest challenges that are presented in this area is the enormous size of these networks and the fact that the response must be rapid, given that the final user expects results in the shortest time possible.

In order to find a solution to this problem, these researchers from UC3M have developed an algorithm SoSACO, which accelerates the search for routes between two nodes that belong to a graph that represents a social network.

The way SoSACO works was inspired by behavior that has been perfected over thousands of years by one of the most disciplined insects on the planet when they search for food.

In general, the algorithms used by colonies of ants imitate how they are capable of finding the path between the anthill and the source of food by secreting and following a chemical trail, called a pheromone, which is deposited on the ground.

"In this study - the authors explain - other scented trails are also included so that the ants can follow both the pheromone as well as the scent of the food, which allows them to find the food source much more quickly".

The main results of this research, which was carried out by Jessica Rivero in UC3M's Laboratorio de Bases de Datos Avanzadas (The AdvancedData Bases Laboratory - LABDA) as part of her doctoral thesis, are summarized in a scientific article published in the journal Applied Intelligence.

"The early results show that the application of this algorithm to real social networks obtains an optimal response in a very short time (tens of milliseconds)", Jessica Rivero states.

Thanks to this new search algorithm, the system can find these routes more easily, and without modifying the structure of graph (an image that uses nodes and links to represents the relationships among a set of elements).

"This advance allows us to solve many problems that we find in the real world, because the scenarios in which they occur can be modeled by a graph", the researchers explain.

Thus, it could be applied in many different scenarios, such as to improve locating routes in FPS systems or in on-line games, to plan deliveries for freight trucks, to know if two words are somehow related or to simply know exactly which affinities two Facebook or Twitter users, for example, have in common.

This research, which has received support from the Autonomous Community of Madrid (MA2VICMR, S2009/TIC-1542) and the Ministry of Education and Science (Ministerio de Educacion y Ciencia), began as part of the SOPAT project (TSI-020110-2009-419), in response to the need to guide a hotel's clients using a natural interaction system.

Darwin Today At TerraDaily.com
Posted by arclein at 12:00 AM