How good was German artillery in World War II?

What this elucidates is the sheer inadequacy of the German artillary train and this continued throughout the whole war.  Understand that artillary was responsible for over seventy percent of casulties..
Retaining any aspect of the horse system was a grave error as well.  Just fixing that after France in 41 while holding the allies at bay was completely within German capability then.
Yet it is obvious Hitler never thought that way and it was easier to go with tradition even when no one spent a dime on cavalry.
We can presume that the French and English were doing the same thing in 1941 and USA truck production changed all that up...
,
How good was German artillery in World War II?
Jay Bazzinotti ·
An average plan executed today is better than a perfect plan executed tommorow.Jun 11
At the beginning of the war it was recognized as the best in the world. The artillery corps was highly trained and equipped with excellent equipment. Their sound ranging at night was awe-inspiring.
But most of their artillery was horse drawn. A single battery could required up to 100 horses and that mean vets and farriers and hostlers and harnessmakers and leather workers and so on. The amount of extraneous waste was horrific. And they could only travel in a day what a tank could do in an hour.
And an enormous tactical mistake was made to use trained, skilled artillery troops as auxiliary infantry in battle. So these men would go into combat as infanrty and get killed and then they would be replaced by some green soldier who knew very little about artillery.
As time went on, more of the artillery was motorized but much of it was stop-gap: some even included WW1 field artillery on captured gun tractors.
By and large, German artillery lacked the range of the Russian artillery but they captured so many Russian 76mm artillery pieces that German manufacturing made shells for them.
Over time, the Germans could only replace one gun with every two lost so the Germans were always on the losing end. In addition, the older a gun gets, the more its barrel has to be replaced or it is no longer accurate. The Germans called it “cow tails” - the shells would fly out of worn barrels like flapping cow tails and never get anywhere near the target.
As the war was being lost, Hitler demanded that the 88mm flak guns be used as long range artillery and General Hienrici got into a screaming fight with him over it because using an AA gun as field artillery destroys the barrel quickly, making it useless for its real job of fighting planes or targeting tanks. Of course Hitler won that battle.
To increase range of their artillery the Germans developed the first rocket-assisted artillery rounds. This made a huge difference on the battlefield.
Much has been written about the Nebelwerfer and the Sturmgeseutz 3, both of which were real “wunderwaffen” so I will not write about them here.
The German 75mm antitank gun was considered the best weapon of its type of the war. With it’s low profile and wide traverse, it was deadly to enemy tanks at high ranges. Many nations used captured examples after the war.

Note the rubber wheels.
Towards the end, the Germans experimented with cheap, throw-away rockets as artillery where range was added by adding stages. It has some success bombing Antwerp but never really reached a stage where it was successful.
Posted by arclein at 12:00 AM No comments:

A God beyond logic 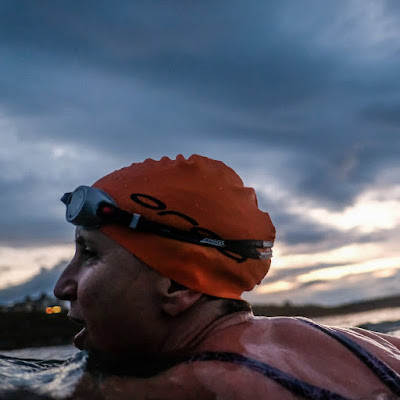 Teslas Are Safer and Here is Proof 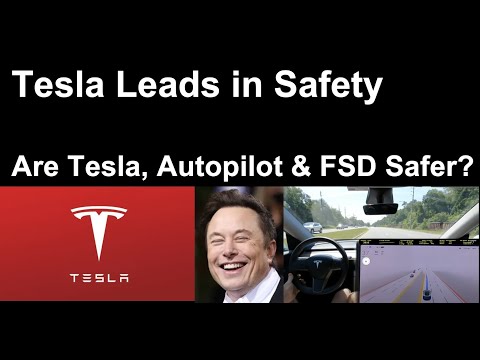 This should be obvious of course, but it also takes time for the numbers to emerge.  Understand about 5,000,000 Teslas are about to hit thge market over a twelve month span and then continue at that rate forever..
The fact is that car accidents will now essentially decline over a decade to almost Zero.
Tesla batteries are now good enough to take over urban transit under an uber style protocol.  With automatic driving, gasoline based cars and trucks can handle long haul travel.
Driving has always been risky and has been handled with a high level of driver skills.  Most of us have driven out of accidents several times.  Now that risk is soon about to go away.
.
Teslas Are Safer and Here is Proof
June 24, 2022 by Brian Wang
https://www.nextbigfuture.com/2022/06/teslas-are-safer-and-here-is-proof.html
I did some research on Tesla safety using non-Tesla data to address the issue from the AI experts. Some AI experts criticized FSD. I used US, UK government and insurance data to show Tesla is already safer and why we should expect more safety from Autopilot and FSD. I also provided context about where and how accidents and deaths occur with cars.
Are Tesla cars safer and have they saved lives? Spoiler Yes.
All Tesla’s come with safety features expected to reduce accidents by 30-50% (NHTSA analysis of those features). Keeping lanes, no rear-ending and avoiding pedestrians can prevent 60% (20k+ deaths in the US alone) of driving-related deaths. 800k deaths globally and 30M injuries per yr if all cars just prevented those 3 things. All Tesla 2014+ have basic ADAS (advanced driver assist) features to vastly reduce those types of problems.
Has Tesla Autopilot saved lives? Again Yes. but I will provide data.
Is FSD beta safe? Yes. It is being used by over 100,000 people for the past 6+ months and there are no reports of deaths or major injuries. This level of usage would expect to see 1-2 major accidents per month. This has not happened, therefore safety is well above average US driving.

Is Autopilot safe? How many lives would you expect to save by superior automatic lane-keeping? 20-30% of traffic deaths. This automatic lane-keeping is even better than lane warning and blindspot warning systems.
Will Full FSD (Tesla Full Self Driving) be safer? Yes, and a safety score with real time insurance can help ensure it will be.
NOTE: when Tesla FSD is currently in beta and is driving city streets under required driver supervision. People say that supervising the system reduces the stress of driving by more than half. Supervising the system still means looking at traffic and being ready to take over. Tesla FSD will likely go into wide release at the end of this year in the US. Drivers will still be required to pay attention just in case. It will not be perfect.
Youtube videos by FSD beta users show large improvement over last 8 months. Again there have been no major accidents or deaths using FSD beta with 100k users for 8 months. The occasional multi-hour no intervention drive will become the normal situation. Drivers will know situations that could become problematic. Just like drivers in shotgun can backseat drive a human driver.
Can Safety Scoring, Insurance and FSD get more optimal usage of FSD? Yes.
Insurance and government statistics in US and UK show Tesla’s are among the safest cars involved in the fewest accidents. About 40% below average in US. Very Low accidents involvement in UK (10 times less than Toyota, Ford and several others of number per 10,000 cars).
UK Car Statistics
Tesls is among the manufacturers with the least number of accidents per 10,000 models?
Morris – 16
Austin – 26
Tesla – 28
Ferrari – 39
Aston Martin – 40
Lotus – 55
Bentley – 75
This is ten times less than the rate of accident involvement for Ford, Toyota and Mercedes cars in the UK.
Tesla is willing to charge 30-60% less for those with good Tesla Safety Scores. Can motivate 60% safer driving and lower accidents. Safety Scores with Real Time Insurance pricing can motivate safer driving.
Safety Scoring could be adjusted to ensure FSD monitoring behavior after FSD is fully released for general usage.
US National Highway statistics and crash test analysis all also confirm higher levels of safety with Tesla. This data is reviewed in my youtube video. Insurance Industry data that also confirms higher safety is also reviewed.
Posted by arclein at 12:00 AM No comments:

Revenge of the Earthworms