Invisibility cloaks on a Chip 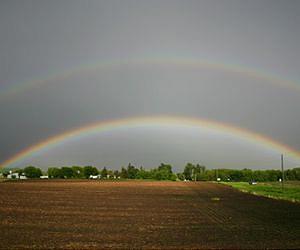 This is a little different and I suspect we have a solution in search of a problem.
It certainly is a nifty tool.

What this is all telling us is that while a visibility cloak  operating at our scale is actually quite implausible so far, doing it is quite easy at the way more useful chip level.

Making even a rigid surface disappear will turn out to be quite a challenge although it we take OFO evidence seriously, it is apparent that it is possible but even then it is not perfect.  Cloaking failure has in fact been observed quite often in UFO reports. It is also a feature that is apparently used sparingly also which implies that it will be an energy drag at least.

Many people anticipating the creation of an invisibility cloak might be surprised to learn that a group of American researchers has created 25 000 individual cloaks. But before you rush to buy one from your local shop, the cloaks are just 30 micrometres in diameter and are laid out together on a 25 millimetre gold sheet.

This array of invisibility cloaks is the first of its kind and has been created by researchers from Towson University and University of Maryland who present their study today, 25 May, in the Institute of Physics and German Physical Society's New Journal of Physics.

Although the well-reported intention to make everyday objects disappear with a Harry Potter-style cloak is beyond this array of cloaks, they could be used to slow down, or even stop, light, creating what is known as a "trapped rainbow".

The trapped rainbow could be utilised in tiny biosensors to identify biological materials based on the amount of light they absorb and then subsequently emit, which is known as fluorescence spectroscopy. Slowed-down light has a stronger interaction with molecules than light travelling at normal speeds, so it enables a more detailed analysis.

Lead author of the study, Dr Vera Smolyaninova, said: "The benefit of a biochip array is that you have a large number of small sensors, meaning you can perform many tests at once. For example, you could test for multiple genetic conditions in a person's DNA in just one go.

"In our array, light is stopped at the boundary of each of the cloaks, meaning we observe the trapped rainbow at the edge of each cloak. This means we could do 'spectroscopy on-a-chip' and examine fluorescence at thousands of points all in one go."

The 25 000 invisibility cloaks are uniformly laid out on a gold sheet, with each having a microlens that bends light around itself, effectively hiding an area in its middle. As the light squeezes through the gaps between each of the cloaks, the different components of light, or colours, are made to stop at ever narrower points, creating the rainbow.

To construct the array of invisibility cloaks, a commercially available microlens array, containing all of the individual microlenses, was coated with a gold film. This was then placed, gold-side down, onto a glass slide which had also been coated with gold, creating a double layer. A laserbeam was directed into the array to test performance of the cloaks at different angles.

The researchers believe that this type of array could also be used to test the performance of individual invisibility cloaks, especially in instances where they may be positioned close together. In this study, for example, the cloaks worked very well when light was shone along the rows; however, when it was shone at different angles, imperfections were clearly visible.
Related Links

Space Technology News - Applications and Research
Posted by arclein at 12:00 AM