How Vancouver Got its Green On: A Talk With Andrea Reimer 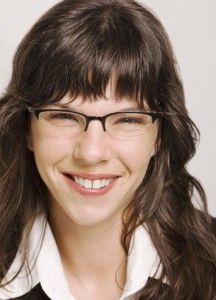 This is a quick look see at the efforts been put forward in the city of Vancouver to improve the green footprint of the city and make it even better than it is. What is worth understanding here is that the city itself is forward looking and what we have done here is been actively imitated elsewhere until everyone forgets who were the first adopters.

We want to be the first adopters here and it always shows.

Thus what is been tried here is likely in time to be also put in place at a city near you in the years to come.

Most important is that we have a ten year plan that prevents political gamesmanship just as long term urban plans allow cities to prosper. Infrastructure decay is pretty hard to hide from a forty year capital plan.

How Vancouver got its green on: A talk with Andrea Reimer

Vancouver was bright green decades before that term was invented. Ever since residents rallied to block development of a major interstate back in the ’60s, the city has kept highways out and brought good public transit in. Its neighborhoods routinely rank among the most walkable, bikeable, and livable anywhere — it’s like a mecca for the anti-Robert Moses crowd. And according to municipal stats, it has the lowest per capita carbon footprint of any city in North America.

City councilor and deputy mayor Andrea Reimer has been crucial to the plan’s success thus far. Reimer made a name for herself in 2002, when she was elected Vancouver School Board Trustee under the Green Party banner — the first Canadian ever to do so. She’s been a powerful advocate of the Greenest City plan, and has worked to increase bike and transit ridership, reduce homelessness, oppose oil infrastructure, and work up support for the city’s climate goals.

I caught up with Reimer at the recent Social Change Institute conference, where she was a keynote speaker. We discussed the action plan, how she’s fended off conservative opposition, and why Vancouver’s 600,000 residents have rallied around the idea that their city should be as green as possible.

Q. Can you give us a couple examples of the Greenest City Initiatives?

A. There are 15 targets in 10 different areas. So for example, with climate emissions, we’re the only major city on the continent that has met Kyoto [Protocol targets] — this year, we’ll be 6 percent below the 1990 levels. So we have some history we’re building on, but we want to be 33 percent below by 2020.

We want to be fossil-fuel-free by 2050, because that’s ultimately where we need to go. That’s one of the reasons we’ve taken strong positions on pipelines and tankers. We just don’t see the point in investing in infrastructure now that we believe we won’t need in 40 years. Because that’s 100-year infrastructure. Let’s build infrastructure that’s building towards that future we see.

Buildings are our single largest greenhouse gas emitter. Over half our greenhouse gas emissions come from buildings. So we have to retrofit 20 percent of our private building stock, which is pretty steep, a difficult goal to meet.

We want 50 percent-plus-one of people on active transportation — bike, walking, or transit — by the year 2020.

We want to double our food assets. That one’s kind of interesting. Because originally the target was a 33 percent decrease in greenhouse gas emissions related to food by 2020. The problem is, it’s a target you just can’t measure. But we can measure that we’ve increased our local food assets by 50 percent. It’s been interesting. We thought, what if we also talked about doubling our climate zero emission assets? That is a lot more inspiring than fight, fight, fight all the time.

Q. And have people responded to this? I understand that it’s a popular measure as a whole –

Q. – that Greenest Cities is something that people are proud of. How does it galvanize folks?

A. Any organization — whether it’s a family, like a husband, wife (or husband-husband) and a couple kids, or a school, or a city — does better when you have one goal you’re working towards, right? It gives you a sense of purpose if you understand how you fit into that plan, right?

That’s what this is all about. It’s given the city a lot of pride and purpose. We’ve had over 1,600 cities around the world contact us for advice for a cut-and-paste policy that they just want to put in, to understand, how do those bike lanes work? How have you reduced water by such a dramatic amount over this period of time, and why do you all seem so excited about it?

Q. What aspect of the Greenest City initiatives are you most proud of?

A. It’s not meant as a copout at all, but what I’m most proud of is that we had the collective courage to set a 10-year plan. Because that’s what it’s gonna take. You’re not going to fix, you know, the 300 years since the industrial revolution in a three-year term. And yet there’s political pressure to do things in three years — that’s a long time in politics, right?

Also, how we went about it. There was a lot of public pressure to have an engagement process to come up with the goals. The climate doesn’t care how you feel about the targets, right? It has a very clear bottom line. So we set up an expert panel that came up with the goals — what would it take, from a scientific bottom line.

Q. A lot of cities’ green plans get met with resistance from conservative politics. Did that happen in Vancouver?

A. Yeah. The first two years, the conservatives voted with us on everything all the way through. Then the election year rolled around, and suddenly it was this massive wedge issue. Certainly, conservative media commentators had been hammering away on us on bike lanes, hens — we legalized hens in the city of Vancouver, something that’s existed for years in New York, in U.S. cities, right?

Q. They tried to make it seem funky or out of touch.

A. Yeah, so during the election year, they did Mayor McGregor, like McDonald. Or Mayor Moonbeam, that kind of thing.

A. The conservative party in Vancouver, that’s all they ran the election on. No other issue. They ran it on bike lanes, chickens, street food — we have a vastly expanded street food program that requires a certain amount of local and healthy food. They wanted to run on that, and they just got clobbered. In many ways, they managed to get the message out about a bunch of stuff that people were really excited about and proud of [laughs].

Q. Still, how did you manage to get all this off the ground in a single term?

A. There was a strong citizen mandate: Vision Vancouver, my party, had 16,000 registered citizen advocates, and we think that’s more than any other party on the English-speaking part of the continent. That’s a huge mandate.

And one of the 10 pieces of Greenest City is green economy. We’re a city that has never had an economic development strategy. We were elected a month after the global meltdown. And it made people kind of go, “Whoa, wait a second, do we have a plan here?” And the answer was no, no we don’t. [laughs] We’ve always just depended on looking good and hoping people show up, right?

So the green capital piece, which is about doubling the number of green jobs and investment — we’ve well exceeded our goals on investment in two years. The jobs piece we’re still bringing along, but of the 10 goals, that’s the one I’m least worried about.

So that’s a rubber-hitting-the-road moment. That’s not about a bunch of barefoot, bike-riding, street food-eating hippies — that’s about the future of the economy, right?

Brian Merchant is a freelance writer and editor in Brooklyn, NY. A contributing editor at Treehugger.com, his work has appeared in Slate, Salon, GOOD, and more. He runs the Utopianist and is still trying to Get Samy Out of Burma.