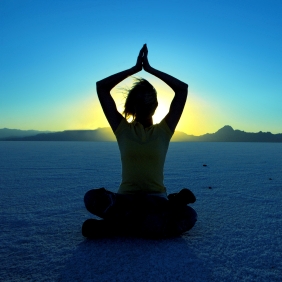 I think that we sort of suspected that meditation methods had a direct physical impact on the brain. Now we have direct confirmation that this is explicitly true. It also immediately demands that these methods be vigorously integrated into the learning experience of our youth as soon as possible.

It appears that what is recommended here is a combination of balance work and its like in association with meditation somehow also guided. This allows the conscious mind to take charge of the brain's activities and settles natural distractions that bring about disassociation.

To date, we have relied on homework tasks to train up the brain. This tells us we can do a lot better. Starting each class with a five minute focused meditation in which a pose is maintained is neither too long nor too little to gain explicit benefits allowing the mind to prepare for the learning experience. The nervous system is well engaged in order to maintain the pose while the mind focuses on reaching out to see through the inner eye. Both actions are profoundly calming. If every class in high school began with a five minute meditation and calming session it would make the school experience hugely more dynamic and focus attention onto the material taught. It allows the teacher to actually take control of the learning experience far better without allowing the weak to hold things back.

This could be a revolution in teaching methodology.

Newswise — A Texas Tech University scientist studying the Chinese mindfulness meditation known as integrative body-mind training (IBMT) said he and other researchers have confirmed and expanded on changes in structural efficiency of white matter in the brain that can be related to positive behavioral changes in subjects practicing the technique for a month and a minimum of 11 hours total.

In a paper appearing in the online Early Edition of the Proceedings of the National Academy of Sciences (PNAS), scientists Yi-Yuan Tang of Texas Tech and Michael Posner of the University of Oregon (UO) reported improved mood changes coincided with increased brain-signaling connections. They also found an expansion of myelin, the protective fatty tissue that surrounds the nerves, in the brain’s anterior cingulate region.

Deficits in activation for this area of the brain have been associated with attention deficit disorder, dementia, depression, schizophrenia and many other disorders, said Tang, who is now the director of Texas Tech’s Neuroimaging Institute and holder of the Presidential Endowed Chair in Neuroscience and professor in the Department of Psychology.

“When we got the results, we all got very excited because all of the other training exercises, like working-memory training or computer-based training, only have been shown to change myelination,” Tang said. “We believe these changes may be reflective of the time of training involved in IBMT. We found a different pattern of neural plasticity induced by the training.”

IBMT was adapted from traditional Chinese medicine in the 1990s in China, where it is practiced by thousands of people. It differs from other forms of meditation because it depends heavily on the inducement of a high degree of awareness and balance of the body, mind and environment. The meditation state is facilitated through training and trainer-group dynamics, harmony and resonance.

In 2010, research led by Tang, then a visiting research professor at the University of Oregon, and Michael I. Posner, professor of psychology at UO, first reported positive structural changes in brain connectivity, based on functional magnetic resonance imaging, that correlated to behavioral regulation. The study was done at the Robert and Beverly Lewis Center for Neuroi
maging with 45 participating UO undergraduate students.

The new findings came from additional scrutiny of the 2010 study and another that involved 68 undergraduate students at China’s Dalian University of Technology. The researchers revisited data obtained from using an MRI technique known as diffusion tensor imaging. The research team found improved density of the nerves involved in brain connections but no change in myelin formation after two weeks.

After a month, or about 11 hours of IBMT, both increases in nerve density and myelin formation were found as measured by fractional anisotropy, axial diffusivity and radial diffusivity – the important indexes for measuring the integrity of white matter fibers.

This dynamic pattern of white matter change involving the anterior cingulate cortex, a part of the brain network related to self-regulation, could provide a means for intervention to improve or prevent mental disorders.

“This study gives us a much more detailed picture of what it is that is actually changing,” Posner said. “We did confirm the exact locations of the white-matter changes that we had found previously. And now we show that both myelination and axon density are improving. The order of changes we found may be similar to changes found during brain development in early childhood, allowing a new way to reveal how such changes might influence emotional and cognitive development.”

The improved mood changes noted in this and earlier studies are based on self-ratings of subjects based on a standard six-dimensional mood-state measure, Tang said.

Both researchers first reported findings related to IBMT in 2007, also in PNAS. They found that doing IBMT for five days prior to a mental math test led to low levels of the stress hormone cortisol among Chinese students. The experimental group also showed lower levels of anxiety, depression, anger and fatigue than students in a relaxation control group.

In 2009 in PNAS, Tang and his Chinese colleagues, with assistance from Posner and UO psychology professor Mary K. Rothbart, found that IBMT subjects in China had increased blood flow in the right anterior cingulate cortex after receiving training for 20 minutes a day over five days. Compared with the relaxation group, IBMT subjects also had lower heart rates and skin conductance responses, increased belly breathing amplitude and decreased chest respiration rates.

Just came upon your blog quite completely by accident...what a happy accident! I love brainy intellectuals! Thanks for your post regarding meditation, will share with my patients:-)