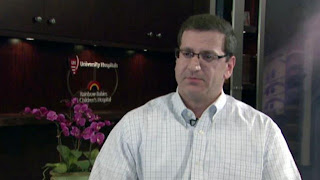 The take home is that the technology works, but will now need progressive development likely lasting years and perhaps decades, although we already have effective deliverables.

Complex cell structures will surely take plenty of time to master yet be solvable.

It is obvious though that this biotechnology and that is what it is, will displace all restoration tasks in medicine and can partially do that today.

Thus biological replacement will be common with at most the embedding of carbon fiber to strengthen bone, such as in the skull and teeth. We all could use teeth enamel with the strength of diamond.

This development along with the restoration of aged cells is our medical future.

Lab-Grown 'Custom' Organs May Be Future of Medicine


What if dying patients waiting for an organ transplant could receive a custom, lab-grown replacement rather than waiting for a donor organ?

To some, this may sound like science fiction -- and in many ways, it still is. But the advances in the field of regenerative medicine that made headlines last week suggest such lab-grown organs may become reality in the future.

One of these advances was Swedish scientists' creation of a custom veinthat has carried blood from a little girl's intestines to her liver for a year and counting. In another, a group in Japan successfully implanted lab-grown livers made from human cells into mice -- organs that metabolized drugs the way they would in a human.

And these developments may be just the tip of the iceberg. From skin to blood vessels to solid organs, work is underway to offer more options for patients with faulty or damaged body parts.

Dr. Anthony Atala, director of the Wake Forest Institute for Regenerative Medicine in Winston-Salem, N.C., was part of the first group in the world to successfully implant a lab-grown organ into the human body. Atala's interest in the field began when he was training to become a urologist and saw numerous children who had undergone bladder replacement surgery. Many of them were experiencing leaks, and some even suffered ruptures of their new bladders.

"That's when I really thought, 'Why not try to grow these children new bladders from their own cells?'" Atala said.

Atala collected a small number of cells -- about the size of half a postage stamp -- from the original, inadequate bladders of children with spinal cord birth defects. Each child's own cells were multiplied in the lab and then placed on a biodegradable scaffolding. In seven weeks, the cells had grown to fill in the scaffold, creating a new bladder. The procedure was first performed in 1998, and by 2006 they had seen long-term success of the organs.

"I still hear from some of them occasionally," Atala said. "They are still walking around with their engineered bladders, and they are happy with them."

Since this first foray into growing organs, Atala has been one of the many doctors on the forefront of what some say could one day be a new paradigm in medicine -- growing spare parts from a patient's own cells.

Atala currently heads up more than 300 researchers in the Wake Forest University lab who are working on growing more than 30 different organs and body tissues.

In one trial for the U.S. Armed Forces, his team is collecting healthy skin cells from injured soldiers, processing them, and then spraying them onto battle wounds as a tailored treatment for healing. For deeper wounds, they are in the process of developing an ink jet printer that scans a wound and creates a custom map of the defect.

"After the scan, the printer can go back and print multiple layers of cells right over the wound," Atala said.
The idea of using a patient's own cells rather than relying on those of a donor is important because it eliminates the need to find a "match." For any transplant procedure there is a concern that tissues from a donor will be rejected by a recipient's body.

Even though doctors carefully analyze specimens under a microscope to find the most compatible individuals, and even despite the powerful drugs used to prevent the recipient's immune system from attacking the new body part, the risk of rejection still causes doctors to hold their breath in the days following a transplant.

Custom-made organs from a patient's own tissues would solve this problem, obviating the need for strong immune-suppressing medications that come with significant side effects.

The other potential benefit lies in availability. Growing a replacement tissue or organ in the lab eliminates the dependence on waiting for a donor to die. These parts cannot be grown overnight, but with people currently waiting months to years for donor organs, there might be a point at which the amount of time taken to grow a replacement is shorter than the wait for a donated one.

It's a bright future. But many hurdles remain before widespread use becomes a reality. Both time and cost are obstacles to replacing even the simplest structures, doctors said.

"The organization and resources required for the process are significant and would severely limit the applicability of the treatment strategy to large groups of patients," said Dr. William Marston, professor and chief in the division of vascular surgery at University of North Carolina Hospitals in Chapel Hill.

And so far, the proof that these creations are worth all the effort is a lacking. Experts say more studies comparing the regenerated parts to donor and artificial parts are needed in order to show they are at least as good -- better, ideally -- than the current treatments.

But even before we get this far, the tools need to catch up to the vision. And for now at least, the technology to create some of the most in-demand organs for human use is simply not yet there.

Currently, scientists are able to create some types of tissues for human transplant use. The simplest kind are flat, simple structures such as skin that consist of one cell type. Tubular structures that involve two cell types, such as blood vessels, are also possible using current techniques and technology. Most recently, scientists have been able to create hollow organs, like the stomach and bladder, that only require two cell types but have a more complex shape.

What still lies out of reach are the solid organs, such as the liver or kidneys.

"They require so many more cells per centimeter," said Atala. "And they need more blood vessels to keep the cells alive."

Despite the challenges, Atala has had some early success with the creation of solid organs. In 2010, his group was the first in the world to create a functioning liver from human cells.

So far, these livers have only been tested in an artificial lab setting. They would still need to be studied in animal models before they could ever be considered for humans. Also, Atala's livers weigh only one-fifth of an ounce. They would need to reach at least one pound to have a chance of sustaining human life -- "not an easy task," according to Atala.

But his group is not alone. Researchers around the world are working feverishly towards making lab-grown solid organs a possibility. The Boston University Center for Regenerative Medicine successfully created rat lungs in 2010. They were even able to transplant the lungs into live rats and sustain life for about six hours.

While the widespread use of regenerated body parts may still be years away, these small successes in lab and animal studies leave scientists hopeful that solid organ regeneration may someday be a reality.
"I think the field will evolve one area at a time," Atala said. "We just keep going and advancing."