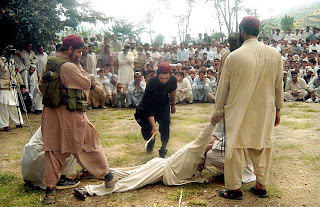 What has become increasingly clear is that Islam is all about political indoctrination with a scant nod to what we understand as spiritual values. Our error has been to allow them to get away with it at all. As this piece shows us, the counter reaction from the non Islamic world is pulling together the intellectual arguments to lead the ultimate suppression of this ideology. In the meantime Islam continues to hold its societies in an economic strait jacket and they are remaining weak.

In fact, recent events have seen these societies become even weaker and certainly far weaker comparatively to its rising competitors.

It continues to be masked by the distribution of oil money, while civil society does little enough to make convincing progress.

Progress demands the rejection of political Islam and that pretty well means Islam itself unless the texts are cleansed of all political aspects. It would then be a pretty thin text.


Islam is introducing Sharia into America under the guise of religious freedom. We are told that Sharia is religious law and, therefore, we should not worry about it. This is, at best, a half-truth.

To understand the Sharia, you MUST understand that it is completely based on the Koran and the Sunna of Mohammed (his words and actions that are the model for being a perfect Muslim). So, the Sharia is nothing more than a legal/social codification for every society to march in lock-step doing life’s smallest details modeled after what the Koran says and Mohammed said and did.

The biggest misunderstanding here is that Islam is simply a religion. If Islam were only a religion, it would not even exist today. And it would certainly not be feared. The story of Mohammed and the success of his mission is well known. The summary of it is in Islam’s growth curve: 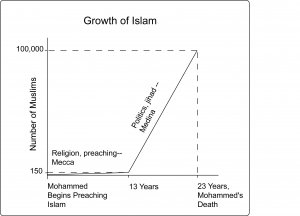 Mohammed’s career had two stages, religious and political. As a religious leader he only converted about 150 Arabs into Muslims in his first 13 years in Mecca. When he went to Medina, he became a politician and a jihadist. Politics and jihad made Mohammed a success. When he died, every Arab was a Muslim. If he had stayed with religion, when he died there would have only be a few hundred Muslims and Islam would have collapsed. It was politics that made Mohammed a success and it was politics that made Islam a success for 1400 years.


Islam’s historical success has been due to jihad and Sharia law. Jihad overthrew Christian, Zoroastrian, Buddhist and Hindu governments and the Sharia was put into place. The inferior political position of Christians and all Kafirs under Islamic Sharia means their slow annihilation. Turkey, Middle East and Africa are but a few examples of this.

The secret of Islam is that the Koran and the Sunna of Mohammed are primarily devoted to politics, not religion. The Kafir is a political class under Sharia rule and much of Islamic doctrine is about the Kafir. See the next chart: 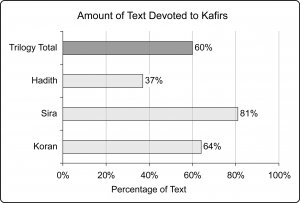 Since it is based on Koran, Sira and Hadith, the Sharia must be political in nature. And indeed the Sharia is filled with both the religious law and political law. Hence, there is a religious Sharia and a political Sharia. Every Sharia rule that impacts the Kafir is political, not religious.

Note: strictly speaking--politics, culture, law and religion are unified in Islam and Sharia. However, such a unified vision gets muddled into: Islam is a religion, Sharia law is religious and therefore, Sharia trumps our politics. As long as Islam and Sharia are treated only by their religious aspect, we lose. The easiest way to do this is to separate out the political facet.

Here is a simple example that illustrates the difference between religious Sharia and political Sharia: in Europe and New York, Muslims commandeer the streets and sidewalks to pray. This is tolerated under “freedom of religion”. It is true that the prayer is religious, but commandeering the sidewalks and streets is strictly a political act. Kafirs are told to submit and not use the public thoroughfare. Each and every Muslim should be ticketed for blocking traffic, just as you and I would be if we blocked traffic.

Islam is based on two principles: dominance over all Kafirs and dualism. The Sharia fully incorporates both principles and as a result, political Sharia rules violate universal human rights.

From the Reliance of the Traveller, A Classical Manual of Islamic Sacred Law:

o5.4 There is no expiation [punishment] for killing someone who has left Islam
Wife beating:

m10.12 … may hit her, but not in a way that injures her, meaning he may not bruise her, break bones, wound her, or cause blood to flow. It is unlawful to strike another’s face.

o11.1 A formal contract (dhimma) is made with Christians and Jews, they then become dhimmis.

There is absolutely nothing good for the Kafir in political Sharia. It denigrates and makes us submit to a profoundly foreign rule. Political Sharia violates human rights and our Constitution.


Bill Warner, Director, Center for the Study of Political Islam

copyright (c) CBSX, LLC, politicalislam.com
Posted by arclein at 12:00 AM