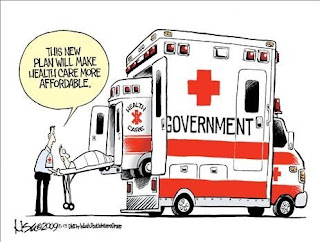 In the end, we got an extraordinary bad law and system to prop up a viciously gamed medical system that must now collapse of its own weight.  Most egregious are the lies been told to justify the package.  It has always been possible to do it half right or even mostly right but this is awful.  The only blessing is that the Supreme Court called the politicians bluff and is making them go to the polls in November to argue over a tax.

We may discover that when the bill for this new tax lands, that the impact is devastating.  Quite bluntly as written it is a poll tax rather than an insurance in which real costs control the taxpayer’s costs.  Instead we have a hugely leveraged so called insurance scheme with no visible means for the taxpayers to constrain costs except outright revolt.

I am reminded of one of the last egregious acts precipitating the Great Depression was the imposition of a stiff tax.

Monday, July 02, 2012
by Mike Adams, the Health Ranger
Editor of NaturalNews.com
NaturalNews) Now that Obamacare has been ruled a tax by the Supreme Court, reality is starting to sink in for all those who emotionally supported it. Promoted as a way to provide either free health care or low-cost health care to the masses, the sobering reality is that under Obamacare, health insurance prices keep rising, not falling. That's no surprise, of course, since the Obamacare legislation was practically written by the health insurance companies, and they sure didn't put their weight behind a sweeping new law that would earn themless profit.
In an era when the so-called "99%" are sick and tired of being exploited by the one percent who control everything, they just handed their medical futures over to precisely the one percent who skillfully monopolize the conventional health care system!
Obamacare is, at every level, a huge victory for the one percent.
A costly new tax on the middle class
By the year 2016, the Obamacare "penalty" tax will reach roughly $2,000 per year for a two-person household. According to Stephen Moore of the Wall Street Journal, 75% of the financial burden of Obamacare's new taxes will fall onto Americans making less than $120,000 a year (http://www.humanevents.com/2012/06/30/wsj-chief-economist-75-of-obama...). The great Middle Class, in other words, will bear this new tax more than anyone else.

In effect, what has really happened here is a great swindle: Obama got the middle class to support his legislation by promising it was NOT a tax, and by promising it would LOWER health insurance costs. In reality, however, it RAISES health insurance costs, it IS a tax, and the majority of that tax burden falls squarely on the very same middle-class voters who put Obama into office under false pretenses. That's a swindle, by any definition.

Not surprisingly, this realization doesn't sit well with many middle class taxpayers. While the original emotional appeal of Obamacare was nicely packaged and seductively marketed to the masses, the sobering, post-honeymoon reality slaps us all in the face like a wet fish: Smack! This thing is another huge tax increase on the working class! And on top of that, it gives the IRS scary new powers to pry into our private finances. How did you all think compliance with Obamacare was going to be enforced, anyway? It's going to empower the IRS with even more agents!
Government monopoly for Big Pharma
Even worse than the trillions in new taxes and the IRS spy grid that's now being set up to monitor compliance with Obamacare, there's also the sobering fact that Obamacare never even attempted to give consumers a free choice in their health care providers. There's no coverage of naturopathic medicine, herbal medicine, acupuncture or nutritional therapies. The entire law is written around -- and for -- Big Pharma and the conventional "sick care" industry that's best described as a "medical racket."

Thanks to the Supreme Court, we don't even have a chance to opt out of this corrupt, failed system of patented chemical medications and overpriced surgical procedures. Now, we are forced to hand over our hard-earned money to the very same medical system that we already know is responsible for killing over 750,000 Americans a year. It's called "iatrogenic death," and it means death by health care.

So not only are we being chemically abused and medically enslaved in America, we are now financially forced to pay for the privilege of being raked over the coals by the medical establishment. It makes you wonder... where is the "care" in Obamacare?

But wait, there's more! From this position of being coerced by the government to pay for a system of medicine you don't even want, it's not much of a leap to being coerced to undergo medical procedures you don't want, either.
How Obamacare will lead to mandatory vaccinations for everyone
Forced vaccinations -- for adults! -- are on the way, friends. And here's why: Once everybody is "in the system" of mandatory health care, we will begin to hear arguments like this:

"Anyone who refuses to get vaccinated against influenza is thereby at risk of being an influenza carrier and infecting other people, thus increasing health care costs for us all. To save money, government must force everyone to get vaccinated!"

It's a false argument, of course, but it will be used to literally line people up at courthouses (with the threat of arrest and jail time) and force them all to be vaccinated against their will.

The same false logic can be used to force people to undergo chemotherapy, take AIDS drugs, undergo coronary bypass surgery or be subjected to almost any medical procedure deemed "necessary" by the government. In the realm of mental health and psychiatry, this opens up a Pandora's Box of exploitation of patients for the purpose of raking in record profits for the criminally-operated psychiatric drug industry.

Such is the inevitable abuse of monopolistic market practices enforced by a corrupt government that serves the interests of its corporate masters: Once the sick care industry has this monopoly and can force everyone to participate, they will exploit that advantage to its fullest profiteering capacity.

Remember: It is the dream of every corporation to dominate the world. Obamacare just gave Big Pharma and the other sick care giants huge monopolistic cheats to pursue precisely that goal.
Sober up, America
In a time when consumers are increasingly demanding transparency, free choice and the ability to shop around for competitive bargains, Obamacare codifies secrecy, mandatory compliance and monopolistic practices.


Maybe it's time to sober up and take an honest look at what Obamacare really is instead of what Obama promised it would be. People bought into the dream, but what they actually received was a monumental swindle.


About the author: Mike Adams is a natural health author and award-winning journalist with a passion for teaching people how to improve their health He has authored and published thousands of articles, interviews, consumers guides, and books on topics like health and the environment, impacting the lives of millions of readers around the world who are experiencing phenomenal health benefits from reading his articles. is a trusted, independent journalist who receives no money or promotional fees whatsoever to write about other companies' products. In 2010, launched NaturalNews.TV, a natural health video site featuring videos on holistic health and green living. He also launched an online retailer of environmentally-friendly products (BetterLifeGoods.com) and uses a portion of its profits to help fund non-profit endeavors. He's also a veteran of the software technology industry, having founded apersonalized mass email software product used to deliver email newsletters to subscribers. Adams also serves as the executive director of the Consumer Wellness Center, a non-profit consumer protection group, and enjoys outdoor activities, nature photography, Pilates and martial arts training. He's also author of numerous health books published by Truth Publishing and is the creator of several consumer-oriented grassroots campaigns, including the Spam. Don't Buy It! campaign, and the free downloadable Honest Food Guide. He also created the free reference sitesHerbReference.com and HealingFoodReference.com. Adams believes in free speech, free access to nutritional supplements and the ending of corporate control over medicines, genes and seeds. Known as the 'Health Ranger,' ' personal health statistics and mission statements are located at www.HealthRanger.org

Learn more:
http://www.naturalnews.com/036361_Obamacare_tax_swindle.html#ixzz1zVDIU15K
Posted by arclein at 12:00 AM

It will be a COLD Day in HELL before I accept FORCED Healthcare! Bring on your jack-booted Thugs...I'm READY FOR YOU!!!