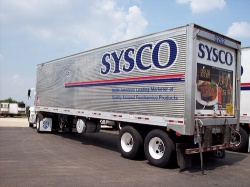 What is happening is that publicity is forcing some changes on what is questionable practice and not even hugely important economically. What these practices are though are a result in the drive to the lowest common denominator and society has never had to accept that at all.

What this shows us though is a clear road forward.

Better, it lifts the burden of compliance from the producers because their playing field becomes level and reliability becomes the driving force.

Legislators need to recall that society can choose what is the lowest common denominator. For instance, it is simple to legislate that all milk must be bought from farms with a sufficient land base to handle the produced manure. In fact that can be applied across the animal husbandry business. All of a sudden, the producers will all know what needs to be done and act accordingly. Just doing that will rapidly sort out the industry and eliminate a lot of secondary abuse.

Most such regulations need to be transitioned in at the rate of ten percent per year to avoid sudden market distortion.

I would even go so far as to regulate a shift to organic protocols at the rate of five percent per year. We know it can be done and we know it may become necessary to rethink parts of industry. Tet it is hugely beneficial and doable without reducing productivity. Again it needs to be done by regulating what the wholesale industry buys here and aboad.

Sysco — the giant, often-invisible food distributor — offers 400,000 products to the bulk of the nation’s restaurants and other institutions. It has a 17.5 percent market share, made $37 billion in sales in 2010 alone, and dispatches a cavalcade of silver trucks daily from 180 locations across the U. S.

In other words, Sysco is wholesale food in America, the same way Cargill is farming and Walmart is, well, all of retail. Or, as Salon put it back in 2009, Sysco has “come to monopolize most of what you eat.” So when the company changes a policy — like it announced it was doing on Monday, when it pledged to do away with meat from pigs raised in gestation crates — there is bound to be a striking ripple effect.

In a statement to the Humane Society of the U.S. (HSUS), the company wrote: “Sysco is committed to working with its suppliers to create a gestation crate-free supply system, for the good of all. Like many of our customers, we’re going to work with our pork suppliers to develop a timeline to achieve this goal.”

As their name implies, gestation crates are essentially steel cages that keep pregnant sows confined in a space roughly the size of their bodies. They’re commonly seen — along with battery cages for egg-laying hens — as among the least humane livestock practices. Animal behavior expert Temple Grandin describes gestation grates as the equivalent of “asking a sow to live in an airline seat” (without lavatory privileges).

Over the course of the last year, thanks to consumer demand, and an ongoing effort by HSUS, most major players in the fast food, grocery, and food service industries have gone — at least on paper — gestation crate-free. The list includes Burger King, McDonald’s, Wendy’s,Denny’s, Carl’s Jr., Safeway, Kroger, Costco, Kraft, and Hormel (the maker of Spam). Even Smithfield Foods — the nation’s largest pork producer — has agreed to phase out the crates by 2017.

So Sysco can’t, by any means, say it’s first to make the pledge (and the company has yet to specify a timeline for the switch), but its move might have the largest impact so far on the practices farmers are using on the ground.

“The power of Sysco is the size,” says Josh Balk, manager of corporate strategy at HSUS. “This will make it so much easier for smaller restaurants to adopt a no-gestation crate policy if they’d like — because it’s what their main distributor delivers. It will also change the buying practices of many companies who they deliver to without those companies even knowing it.”

It’s still hard to say how all this pledging — most of it attached to dates that are five to 10 years in the future — will truly impact animal agriculture, but Balk is optimistic. He says that although Smithfield still has five years to make the change, for instance, it does report the percentages of its corporate hog farms that have switched to so-called “group housing” in its last few annual reports. The agriculture giant Cargill has also reportedly moved 50 percent of its operations to group housing.

And of course there are notable holdouts. This spring we reported that Domino’s Pizza was applauded by the American Farm Bureau Federation when it announced it would not be following the trend (I’ll take a large meat lover’s with extra cruelty, please!). And Tyson Foods, says Balk, has been the “most outspoken opponent” of the change, and the most likely to actively defend the use of the crates.

Just how Tyson plans to do business in a system that is rapidly moving away from the practice is a mystery. But it’s likely that the company is hoping that consumer attention to the issue dies down before many of its partner companies (like Sysco, for instance) have to follow through on their pledges. But I have a feeling — if the HSUS has anything to do with it, at least — that probably won’t be the case.