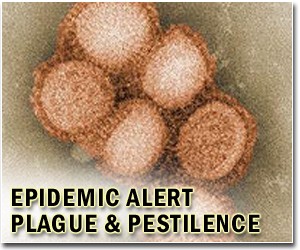 We have had good news over the past couple of years in terms of tackling AIDS. This item reviews the prospects on the way forward in terms of finally beating this disease. It has become promising.

As important, the battle to understand AIDS dragged us out of a medical and biological dark age into a world in which it has become plausible that disease in general will all become a problem of the past. We are not there yet ,but we are palpably closer and even close enough to think in terms of rethinking the whole process of medical delivery.

We would have reached this level of understanding in time, but AIDS focused the mind like nothing else.  It was the Medical Space Race.

Now the mere fact that one person has been cured informs us that it is now possible. So we will keep trying.

http://www.terradaily.com/reports/AIDS_cure_may_have_two_main_pathways_experts_999.html
Investigators are looking into two main paths toward a cure for AIDS, based on the stunning stories of a small group of people around the world who have been able to overcome the disease.

Despite progress in treating millions of people globally with antiretroviral drugs, experts say a cure is more crucial than ever because the rate of HIV infections is outpacing the world's ability to medicate people.

"For every person who starts antiretroviral therapy, two new individuals are infected with HIV," Javier Martinez-Picado of the IrsiCaixa AIDS Research Institute in Spain told the International AIDS Conference in Washington on Tuesday.

Some 34 million people around the world are living with HIV, which has caused around 30 million AIDS-related deaths since the disease first emerged in the 1980s.

While antiretroviral drugs are helping more people stay alive than ever before, they are costly and must be taken for life. Experts say only a cure or a vaccine can make a sufficient dent in the deadly pandemic.

While a cure certainly remains years away, he said scientists can now "envision a cure from two different perspectives," either by eradicating the virus from a person's body or coaxing the body to control the virus on its own.

The most extraordinary case of an apparent cure has been seen in an American man in his 40s, Timothy Ray Brown, also known as the "Berlin patient," who was HIV-positive and developed leukemia.

Brown needed a series of complex medical interventions, including total body irradiation and two bone marrow transplants that came from a compatible donor who had a mutation in the CCR5 gene, which acts as a gateway for allowing HIV into the cells.

People without CCR5 appear to be immune to HIV because, in the absence of that doorway, HIV cannot penetrate the cells.

"Five years after the (first) transplant the patient remains off antiretroviral therapy with no viral rebound," said Martinez-Picado.

"This might be the first ever documented patient apparently cured of an HIV infection."

However, while the case has provided scientists with ample pathways for research on future gene therapies, the process that appears to have cured Brown carries a high risk of death and toxicity.
"Unfortunately this type of intervention is so complex and risky it would not be applicable on a large scale," he said.

Brown announced Tuesday he was launching his own foundation to boost research toward a cure as the US capital hosts the world's largest scientific meeting on HIV/AIDS.

"My plan is basically to find donors to get funds to help research and set up a system to decide who gets the money," said a frail-looking Brown, 47, adding he planned to dedicate his life to finding a cure for others.

"I am a living proof that there could be a cure for AIDS."
Another group of intense interest is known as the "controllers," or people whose bodies appear to be able to stave off HIV infection.

One type, known as the "elite controllers," test positive for HIV but do not appear to have the virus in the blood, even without treatment. Researchers estimate there may be a few hundred of these people in the world.

Another type is the post-treatment controllers, or people who started therapy early and are able to stop it without seeing the virus rebound. Some five to 15 percent of HIV-infected people may fit this category.

More details on a group of "controllers" in France known as the Visconti Cohort are expected to be released at the meeting this week, as international scientists share their latest data in the hunt for a cure.

Martinez-Picado also described a "promising" study by US researchers, published in the journal Nature on Tuesday, that looks into using new drugs to get rid of the virus when it holes up, or lies dormant in the immune system.

Led by researchers at the University of North Carolina, the small study on eight HIV-positive men taking antiretrovirals probed how a lymphoma drug, vorinostat, could activate and disrupt the dormant virus.

Patients who took the drug showed an average 4.5-fold increase in the levels of HIV RNA in their CD4+ T cells, evidence that the virus was being unmasked, demonstrating a new potential strategy for attacking latent HIV infection.

"We now actively talk of potential scientific solutions in a way perhaps we weren't some years ago," said Diane Havlir, AIDS 2012 US co-chair and professor of medicine at the University of California, San Francisco.