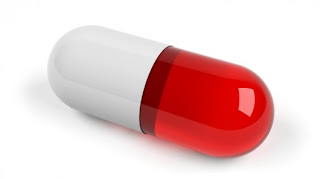 This is rather promising. The next question is whether it can avoid been also tolerated like morphine and lose its ability. So far so good. It is certainly needed. Most of us have the good sense to stay away from pain killers until they are desperately necessary. The problem of course has been that our best tool happens to be opiates.

This a new avenue and a highly effective one at that.

Let us hope that it turns out to be non addictive and constant in its capability.

The main breakthrough of the research is the successful synthesizing of a protein produced by the human
By Antonio Pasolini
11:56 July 3, 2012

Researchers at Butantan Institute in São Paulo, Brazil, have developed a powerful new anti-inflammatory to relieve hard-to-control pain. Initial tests have confirmed the efficacy of the medication, which is based on a protein found in the blood.

The main breakthrough of the research is the successful synthesizing of a protein produced by the human body, the calcium binding S100A9. Under certain conditions, this protein is used by our bodies to keep pain under control. To make the medication, the scientists discovered that only a small part of the protein is required, which leads to reduced production costs.

According to researcher Renata Giorgi, the discovery represents an important step forward in relation to drugs available in Brazil. In particular the new drug offers two important advantages: it is more powerful and it can be administered orally.

“We’ve discovered that some white blood cells contain a protein that can inhibit pain that stem from an inflammation. By synthesizing a small piece of that protein, we managed to make its dispensation viable,” said Giorgi. She added that the treatment of chronic pain in cases such as nerve lesions is difficult because drugs like morphine lose their efficacy with time.

The drug may not become available for several years and the next stage in the ongoing research is to test for toxicity. In the case of analgesics (painkillers), testing the patient’s level of tolerance is critical as the dosage of such drugs may have to be increased if the patient develops resistance to them.