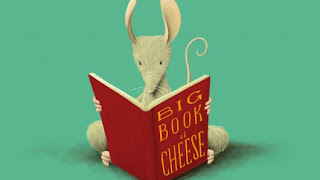 This may turn out to be important as it lifts levels of all three neurotransmitters and does not otherwise pear to be mucking with biochemistry as far as is presently known.  Everyone is going to want this stuff available.

The boundary between a perfect memory and most memory is far closer that anyone assumes, thus anything that gives it a measured boost is likely to be far more valuable than expected.

The human trials will have to be conducted and toxicity needs to also be understood but at this point it appears rather safe.  It may even make a great cheese.

drug improves learning and memory in mice of all ages

The researchers added rapamycin, which is also known as sirolimus and is marketed by Pfizer under the trade name Rapamune, to the diet of healthy mice throughout their lifespan and found the drug's effects held true for mice of all ages.

“We made the young ones learn, and remember what they learned, better than what is normal,” said Veronica Galvan, Ph.D., assistant professor of physiology at the Barshop Institute for Longevity and Aging Studies, part of the UT Health Science Center. “Among the older mice, the ones fed with a diet including rapamycin actually showed an improvement, negating the normal decline that you see in these functions with age.”

As burrowers that prefer tunnels with walls, mice are uncomfortable in open spaces. So, to observe the behavior of the mice, the researchers used an elevated maze that led to an open catwalk. Compared to those with a regular diet, they observed that mice fed with a diet containing rapamycin spent significantly more time exploring the catwalk, indicating they experienced less anxiety.

A second test to measure the depressive-like behavior of the rodents took advantage of the fact that mice don’t like to be held by their tails. As this is the way they are moved from cage to cage, they inevitably struggle to find a way out, and how much and how often they struggle can provide a measure of the motivation to get out of an uncomfortable situation.

“We found rapamycin acts like an antidepressant – it increases the time the mice are trying to get out of the situation,” she said. “They don’t give up; they struggle more.”

The researchers also measured levels of serotonin, dopamine and norepinephrine, which are “happy, feel-good” neurotransmitters. All three of these chemical messengers in the brain were significantly elevated in the mice treated with rapamycin, which Dr. Galvan says may explain rapamycin’s effects.

The team’s study was published last week in the journal Neuroscience.
Posted by arclein at 12:00 AM