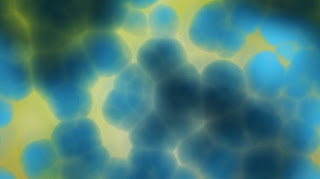 This is an interesting and new approach to tackling cancer. Most interesting, it appears to tackle the causation of rapid cell growth itself. Just halting that would be almost deemed a cure.


Hopefully this all pays off. To date it is very promising, but the present test protocol may need a lot of jigging before it is safe to play.

One more item to track in the continuing fight to bring cancer under control.

Researchers at Melbourne’s Peter MacCallum (Peter Mac) Cancer Centre are set to begin clinical trials of a cancer treatment they say represents a major shift in molecular approaches to treating the disease. The treatment, which has proven successful in the lab against lymphoma and leukemia cells, targets the production of proteins within the heart of cancer cells, while leaving healthy cells relatively unaffected.

Ribosomes are a complex of molecules found within all living cells – including cancerous and healthy cells – that are responsible for the formation of proteins from individual amino acids. Associate Professor Ross Hannan, Co-Head of the Oncogenic Signalling and Growth Control Program at Peter Mac, says that the production of ribosomes, known as ribosome biogenesis, which occurs in both the cell cytoplasm and cell nucleus, was previously assumed to be a “housekeeping” operation that could not be targeted by anti-cancer drugs.

But Hannan, who has spent most of his research career investigating ribosome biogenesis and its importance to the biology of cancer cells, suspected otherwise.

“It was an unproven theory for many years, but I was confident we were on the right track, the key signs were there: when ribosome biogenesis is dysregulated, proteins are overproduced, creating rampant cell growth, a hallmark of cancer; and abnormalities of the nucleolus, the site of ribosome biogenesis, have been used as an indicator of cancer for over 100 years.”

“We’ve demonstrated that cancer cells are far more dependent on their ability to make ribosomes than normal cells, and therefore, much more vulnerable if these ‘protein factories’ come under attack,” said Hannan.

“When we blocked the enzyme responsible for producing the major ribosomal components in pre-clinical laboratory models, it set off a chain of events that killed lymphoma and leukaemia cells, but left normal, healthy cells unaffected,” added Professor Grant McArthur, Co-Head of the Cancer Therapeutics Program, who says these findings suggest that a new class of therapies that selectively inhibit ribosome formation and block protein formation could one day offer effective treatment of human cancers.

Working with pharmaceutical company, Cylene Pharmaceuticals, the researchers have now developed a compound, called CX-5461, that will allow them to test their research in patients. The first-in-human clinical trials to establish the safety profile of this approach will commence in patients with blood cancers at Peter Mac later this year.

“Advanced blood cancers are very difficult to treat and to have a new targeted weapon to test at our disposal is incredibly important and, we hope, another important advance in targeted cancer therapy,” said Dr Simon Harrison, Consultant Haematologist at Peter Mac and Principal Investigator of the upcoming phase 1 trial. “To offer this new trial to Victorians with incurable cancers of the blood system is fantastic and knowing it has the potential to one day help patients across the globe is an incredibly exciting development.”

The team's research appears in the journal Cancer Cell.