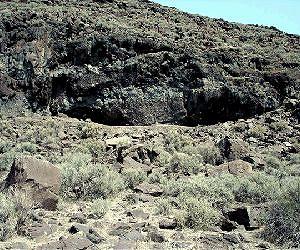 As readers of this blog know, I have championed two separate and plausibly near simultaneous coastal penetrations of the Americas as early even as twenty thousand years ago. We have scant support yet for the twenty thousand year figure, but I prefer as early a date as possible. It is completely possible that the expansion largely followed coastlines for several thousands of years before population pressures caused significant adaptation to more interior conditions.

The Clovis point is surely such an adaptation since it lacks an equivalent in the Old world.

After the Pleistocene nonconformity which destroyed Clovis culture, it is likely North America was repopulated from the South initially and from Alaska much later as the ice barrier receded. We also have later European genetics in the North East likely from the European bronze Age impact.

What we have learned is that Clovis was not unique and that the story of North American Prehistory is far from simple.

It is always reassuring to stake out my ground and watch the scholarship slowly confirm the model, hopefully with serious enrichment.

Oregon's Paisley Caves as old as Clovis sites - but not Clovis


A new study of Oregon's Paisley Caves confirms that humans used the site as early as 12,450 radiocarbon years ago, and the projectile points they left behind were of the "Western Stemmed" tradition and not Clovis - which suggests parallel technological development of early inhabitants to the Americas. The study, published this week in the journal Science, could have a major impact on theories of how the Western Hemisphere was populated.

The research was funded by multiple organizations, including the National Science Foundation.

Lead author Dennis Jenkins, from the University of Oregon, and second author Loren Davis, from Oregon State University, were part of a large multidisciplinary team that spent much of the past two years combing through deposits and collecting more than 100 high-precision radiocarbon dates from Paisley Caves, located in south-central Oregon's Summer Lake basin.

What cemented the authors' findings was a thorough examination of the stratigraphy in the caves, which confirmed that coprolites containing human DNA were definitely associated with layers of sediment ranging in age from 2,295 to 12,450 years ago - and were not contaminated by humans or animals at later dates. The researchers last year also found additional Western Stemmed projectile points.

"The Western Stemmed and Clovis traditions include different technological strategies," said Davis, an associate professor of anthropology in OSU's School of Language, Culture and Society.

"The Western Stemmed artifacts from Paisley Caves are at least as old - and may predate - the oldest confirmed Clovis sites, indicating that the peopling of the Americas was at least technologically divergent, if not genetically divergent."

The projectile points were found in deposits dating back to 11,070 to 11,340 radiocarbon years ago, and thus were not quite as old as the oldest coprolites. But DNA from coprolites of that era was similar to that found in the oldest coprolites, Davis pointed out. "They were from the same genetic group," he said.

The difference in technology between Clovis and Western Stemmed projectile points revolves around how they were attached to spears, which relates to the strategy of finding and shaping pieces of rock in the first place. Clovis artifacts have a distinct notch at the base, where a piece has been removed. The tool builder starts with a large rock and reduces it considerably.

"These two approaches to making projectile points were really quite different," Davis said, "and the fact that Western Stemmed point-makers fully overlap, or even pre-date Clovis point makers likely means that Clovis peoples were not the sole founding population of the Americas."

Clovis technology has only been found in the New World, while Western Stemmed technology can be related to archaeological patterns seen in northeastern Asia.

"We seem to have two different traditions co-existing in the United States that did not blend for a period of hundreds of years," said the University of Oregon's Jenkins.

Past studies of Paisley Caves also have reported on human coprolites with ancient DNA, but questions arose about whether those samples could have been contaminated, and whether they were found in context with artifacts from the same era. So the researchers did an exhaustive examination of the stratigraphy, which is one of Davis' specialties.

Davis conducted microscopic analysis of the soil structure using a petrographic microscope to eliminate signs of liquid - such as water or urine from humans or animals - moving downward through the soil. The team also carefully analyzed the silt lens where the stem points were found and bracketed above and below those layers to see if radiocarbon dates synchronized.

"The stemmed points were in great context," Davis said. "There is no doubt that they were in primary context, associated with excellent radiocarbon dates."

The earliest models for peopling of the Americas suggest that the first inhabitants arrived from Asia via a land bridge at the end of the last Ice Ageand fanned out across the continent. However, those models can't explain the presence of two separate and distinct stone tool technologies at the end of the last glacial period.

"Given these recent results from Paisley Caves, it's clear that we need to come up with some better models," Davis said.