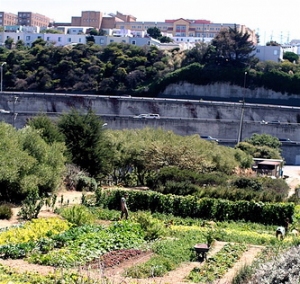 Of course, this blog envisages a future in which urban density is replaced by an agrarian model community farm coupled with high density living having a neutral impact on true land availability to agricultural applications and resident’s needs.  Thus work like this is a great initial step that addresses the jungle of anti agricultural regulations that have sprung up willy nilly over the decades.  The same hold true in the rural environment.

Optimization of agricultural potential does mean the optimization of the available human potential, not that of one large tractor that operates for a net month of the year.  The world is slowly waking up to this. A lot of the difficulty is both cultural and economic design, but both are fixable.  History has left us with some nasty legacies, but change for the better attracts political and popular support so we can be optimistic.

It is all about a natural community managing a land base without gaming the weakest but providing all with as much work as they can handle and desire.  Such a system needs to be managed with an internal currency system to allow full disclosure to all.  Yet it can be done over and over again until everyone on Earth is participating.

Bay Area locavores and caterpillars rejoice: An edible urban jungle is poised to sprout in .

“[San Franciscans] are thought of as foodies, and environmentalists,” said Laura Tam, a policy director at the nonprofit Planning + Urban Research Association (SPUR), which helped push the new rules forward. “This is a marrying of our sustainability objectives with the reputation that we have in the world.”

The legislation [PDF] follows zoning changes last year that made it easier to operate small farms and legal to sell food grown in San Francisco. This new set of laws will take it further by removing additional bureaucratic barriers for hopeful gardeners and actively searching for land they can use while providing them with seeds, tools, and advice.

A major focus of the bill is community gardening — neighbors coming together to organize, till, and cultivate plots of land in mini-farms that are managed cooperatively.

Aided by $120,000 in city funding in its first year, the Urban Agriculture Program will hire a city official or nonprofit organization to oversee all community gardening within . The city’s utility agency will also provide additional funds to support two farms on land that it owns.

The program will audit city-owned land and rooftops in a quest to dig up potential new public gardening sites. It will also develop incentives for owners of vacant lots to allow their land to be used for community farming.

Passage of the bill follows a rise in popularity of urban farming nationally, which has been fueled by the locavore and organic food movements, and by the recession, which has left lots vacant and families hungry.

A handful of urban food gardens have popped up in recent years throughout . Some are on public land and others are on private lots in high-density neighborhoods that are slated to be developed after the economy improves.

But hopeful gardeners still wait for years to be assigned a plot in many of the city’s community gardens. Meanwhile, some urban farmers have complained about having to seek approval and support from as many as seven different city departments. (The new program is designed to cut through that bureaucracy by creating a central office dedicated to urban farming.)

“We’re not going to be growing wheat in Golden Gate Park — that’s not why we have cities,” said Jason Mark, a co-manager at Alemany Farm, a three-acre growing co-op in San Francisco, which is cheering on the new program. “That said, there’s very real potential for backyard food cultivation and for community gardens and community farms to boost our organic fruit and vegetable production and egg production,” he said.

The co-op grows several tons of carrots, beets, kale, strawberries, plums, and other organic goodies every year that are shared among its members, among residents of nearby housing projects, and sold for low prices at farmers markets in poor neighborhoods.

But the benefits of urban gardening extend beyond food security and health. Local agronomists say that allowing more people to get their hands dirty will help residents of the city reconnect with their environment.

“Our most important harvest is really education, toward the goal of culture change,” Mark said.

“This will make a big difference in my district. I think it’s really this ‘back to the earth’ mentality, if you will,” Avalos said. “I think there was a belief that agriculture was something that happened outside of . We’re seeing now that there is a real way of making it happen in .”

“This initiative seems to go a bit further,” she said. “The legislation mentions specifically that these are to be community gardens with multiple plots and that people would be working together.”
John Upton studied ecology in tropical northeastern and he has spent the past six years working in as an environmental journalist.

So the solution is social engineering with $120,000 of stolen funds, and government getting out of the way a little bit (zoning changes)

Sounds to me like government being a disease and acting as if it were the cure. What would happen of government just stayed out of the way?