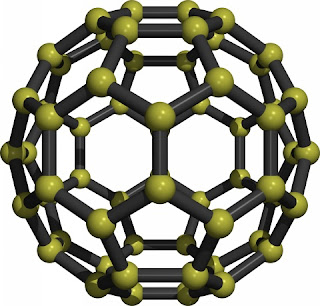 I would like to know how this product compares to a suspension of nanoparticles of carbon itself or even graphene. Certainly Fullerine provides sizing uniformity if that is actually important.


In the meantime it appears clear that a suspension of Fullerine and I suspect any nano sized form of carbon is a worthy addition to a preventative protocol. We once called those concoctions tonics.


It amazes me today that I was introduced to such suspensions in 1993 as a result of almost random influences and that I even developed a working theory to understand its apparent empirical value. At much the same time my efforts regarding zeolites introduced me to solid crystalline acids generally and the likely importance of elemental carbon by inference. Talk about a prepared mind!


Amusingly, such a suspension is already coded for cosmetic use under the term pyroligneous acid. This makes it quite a bit easier to commercialize. I presume HYFN has a similar pedigree by now.


Having conducting large-scale research, we already knew the following main biological properties of hydrated C60 fullerene (C60HyFn) by the end of 2005.


For example, experiments in vitro revealed that C60HyFn, in C60 concentrations up to 100 µM:

- Are not cytotoxic, including non-hepatotoxicity;
- Do not suppress, but rather promote the growth of isolated cell cultures; promote the survival rate and enhance the viability of spermatozoa in the process of “cryopreservation – thawing”;
- Stimulate seed germination and plant growth;
- Do not inhibit cell respiration;
- Do not inhibit the catalytic activity of membrane-bound ATPases;
- Have antioxidant properties that are more significant than ionol (BHT), vitamin E and B-carotene;
- Stabilise cell membranes and enhance their stability in unfavourable conditions;
- Do not affect blood coagulation systems;
- Enhance the temperature of biomolecules denaturation (DNA, albumin, collagen, etc.) by 5-10˚C;[does anything else do this?]
- Increase the catalytic activity of isolated enzymes (e.g. serine proteinases).


Simultaneously with research at the molecular and cell level, experiments in vivo (with laboratory animals) have revealed that C60HyFn in wide scale of C60 total dose (from ultra small and up to 25 mg/kg of body weight):


- Is non-toxic, non-immunogenic, non-allergenic;
- Enhances the resistance of plasma membranes to disturbing factors;
- Has a positive influence on antioxidant systems;
- Has radioprotective properties due to the inhibition of the excessive level of free radicals;
- Has a strong and long-lasting antihistaminic and anti-allergic effect, i.e. can act as anti-inflammatory agents;[this may be the commercial edge it needs for wide availability and should be pursued]
- Has a positive influence on the activity of adreno-, GABA-, histamine- and especially, serotonergic systems, and, as a result, enhances the organism’s adaptogenic functions;
- Has potent hepatoprotective activity;
- Has a remarkable neuroprotective (including Alzheimer's disease) and non-specific analgesic effect;
- Inhibits the development of tumour pathologies without killing cancer cells;
- Has antiatherosclerotic (antiatherogenic) properties;
- Is able to protect organisms against viral infections (e.g. influenza virus) (HyFn does not kill viruses, but prevents their effective penetration of the cell).
Nowadays, on the basis of a complex analysis of numerous experimental facts, official bio-medical trials, and our own observations, we have arrived at the conclusion that water solutions of hydrated fullerene C60 have a broad and universal spectrum of positive biological activity. In particular, they:
- Are “wise” and long-acting antioxidants, which not only normalise the processes of lipid peroxidation and lipid composition of cell membranes in the organism, but also protect and activate its own systems of antioxidant protection;

- Enhance cell membranes’ resistance to adverse influences and restore disturbed the energy supply inside the cells;
- Promote the processes of cell differentiation and tissue regeneration;
- Are non-immunogenic, but have positive immune-modulating properties and protect the immune system against disturbing factors;
- Have adaptogenic and anti-stress properties, a fact that is related to the positive influence on the functions of the central nervous system and the ability to protect nervous tissue against the detrimental influence of free radicals;
- Have long-term antihistaminic and anti-inflammatory effects;
- Protect the cardio-vascular system from the development of pathologies connected with atherosclerosis, and also effectively inhibit the causes of the development of atherosclerosis itself;
- Have remarkable neuroprotective properties, including the protection of brain tissues against disturbances caused by free radicals and other chemical agents. Thus, it can be used in therapy for different neurodegenerative diseases (e.g. Alzheimer's disease, Parkinson's disease, multiple sclerosis, etc.);
- Are highly effective hepatoprotectors in the therapy and prevention of liver pathologies of different etiology, including cirrhosis;
- Are effective in treating ulcer diseases of the stomach and duodenum;
- Are effective in treating diseases of gallbladder, urinary bladder and pancreas, including different forms of diabetes;
- Have remarkable anti-burn, regenerative, antiulcer and wound healing properties (especially in combination with mild antibacterial preparations);
- Shorten the period required for the organism to recover after surgeries;
- Offer natural protection from viral infections, acute respiratory diseases, and are rather effective in treating ENT-diseases;
- In the case of preventive intake, decrease the probability of developing oncological pathologies, and in the case if one has already developed and depending on its stage of development, help the organism to inhibit, restrain and control its spread. In addition to independent use, they are potent additional agents in combined, rational therapy of oncological conditions;
- Significantly prolong the period of remission in patients after surgically removing a tumour neoplasm and decrease the risk of relapse of an active tumour process;
- Promote a reduction in side effects caused by the use of active antitumor chemotherapy (improve its tolerance);
- Have a non-specific analgesic effect, and, in pain syndrome patients, improve their quality of life;
- Are radioprotectors and their administration is quite grounded for eliminating the side effects of radiation therapy;
- Alleviate alcohol withdrawal syndrome in the case of alcohol excess;
- Are effective in treating chronic fatigue syndrome;
- On the whole, have a generally positive effect in terms of supporting the normal functioning of the organism and inhibiting the development of negative manifestations connected with age-related changes (such as aging, menopause, etc.).


Undoubtedly, this list of positive biological activity will grow. Based on already known facts, one can assume that, in general, the effect of hydrated fullerene C60 and its water solutions directed at restoring disturbed functions at the level of cells, organs and systems, and the normalisation of numerous biochemical indexes of the whole macro-organism. All of these are being realised, thanks to improvements in adaptive, immune, metabolic and reparative processes
Posted by arclein at 12:00 AM