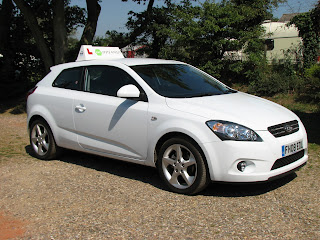 How much a car was the key social enabler went unnoticed until now when it is suddenly clear that the smart phone has taken over that role and freed the youth in particular from the pressing need to own a car. Hey, it is now optional and becoming more so every year from now on.

People are turning out to be quite capable of minimizing their usage and rather suddenly they are in fact doing so. A real decline in demand is underway and obviously impact the auto industry, although there this is offset by the quickly expanding global economy.

Also the conversion to the EV protocol is almost upon us and that will swiftly shed the massive inventory of gas fueled cars in exchange for progressively cheaper EVs. Add in the self driven option and suddenly personal transport changes radically.

Soon you will call up a car to come around with your smart phone, step out the door and walk to the curb were a car pulls up out of the cloud of available vehicles to take you to your destination. Once there, you step out of the car and it takes off. Your personal involvement is just that and no more.

Teens not driven to get licences

At the behest of her parents, the 18-year-old Walkerville high school graduate is spending part of her summer in a driver's education class.

"My parents enrolled me in this," said Dionisi, who is accustomed to taking the bus. "They want me to get the best preparation. It's a huge responsibility to have a driver's licence."

Unlike previous generations, today's teenagers aren't exactly in love with the idea of driving, let alone owning a car - a North American trend that presents challenges for automakers.

"The world has changed," said Mary Baracco, director of the Young Drivers of Canada Centre for Windsor and Leamington. When baby boomers were growing up in the 1960s and '70s, "16-year-olds were more apt to get their licence right way," Baracco said. "Today it's not as high as a priority for many young people." Dionisi put off getting a driver's licence to focus on school. Now that she's completed high school, she can concentrate on getting her licence - "a timeconsuming process," she said.

Locally, annual enrolment in the Young Drivers of Canada's program has fallen by about half from about 800 to 400, Baracco said. The numbers began to plunge after the 4½-month strike in 2009 by Ontario's drivers examiners, and hasn't recovered, she said.

While lingering unemployment and turmoil in the European economies are contributing factors, shifting attitudes toward driving among millennials means annual vehicle sales in the U.S. and Canada are not likely to exceed 16 million, at least through 2015, according to a study by AlixPartners' Automotive Practice, a consulting firm based in Southfield, Mich.

"The American auto industry is about to see the rise of Generation 'N' - as in 'neutral about driving,'" said Mark Wakefield, a director in AlixPartners' Automotive Practice.

"This cohort, which is as big as the baby boomer cohort and which grew up on the Internet and not so much on cars, could well present the industry with an even greater challenge in the area of reduced fundamental demand."

Those who get a licence now drive less, too. Figures from the U.S. Transportation Department show that 21-to 30-year-olds now drive eight per cent fewer miles than they did in 1995.

"In the '50s, '60s, '70s the car was a really important status symbol," Connelly said. "It was the gateway purchase into adulthood. It had this image of freedom and independence.

"In modern times, the car has been displaced by the cellphone.

"It is a symbol of freedom and independence, and it's happening much earlier than 16."

"You are able to connect with people and have a meaningful engagement even if you're not physically together."

The growing costs of obtaining a driver's licence as well as car insurance are also impediments, said Connelly, noting that a driver's ed program can cost anywhere from $200 to $800, while adding a teenager to a parent's car insurance policy can mean an additional $2,000 a year.

As part of its strategy to entice the young car buyer, Ford offers features aimed at keeping teens connected inside the vehicle, Connelly said.

"The car has to become much more than transportation and we know that, for this generation, it's about constant connectivity."

Ford's Sync and MyFord Touch systems will make phone calls, play music from your phone, run smartphone apps, read text messages aloud (a feature not yet available in Canada) and allow you to manage almost all of it via voice activation, she noted.

"We have become a culture of constant connectivity, and when we're without it, we feel like we're being deprived."

This year, Ford of Canada announced a partnership with Zipcar, a car-sharing network in Canada and the U.S.

"We see Ford's role as a car company that enables mobility," Connelly said.

Targeting university students, the partnership will help introduce young drivers to Ford vehicles.
"We're hoping the exposure to the Ford line will make them more interested in our cars when they're ready to buy one," Connelly said.

Even when the economy rebounds, there's no guarantee that young people will flock to car showrooms, she said.

"There's no silver bullet. It's making sure we understand their lifestyle and we're building vehicles that are akin to those priorities."

Cars are expensive. You have to have money to support traveling by car. You can thank the banksters and government for contriving to remove your money from you. It's all part of the elitist's plan to shut down humanity.

Check your tyre pressures regularly - at least once a week. Bad tyre pressures can affect fuel economy very noticeably. It's easy to do and there is no excuse not to.