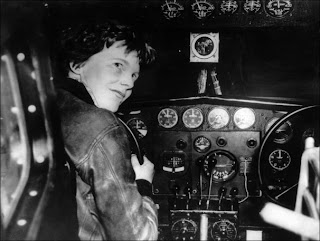 It appears that there is still some buzz left in the old bird even after 75 years. Most of us baby boomers recall that she was a hero to our parents and our own memories are borrowed from them. The truth is that in the time and place, she was a celebrity and she sold newspapers. Thus there is a serious echo out there to capture and amplify.

In the event, it looks like we are going to have a serious run at locating evidence. I think that the evidence to hand is pretty compelling but confirmation is tricky. Good luck and bon voyage. Amelia deserves it and this brief turn through the spotlight one more time.

I think though, that I will skip the book. 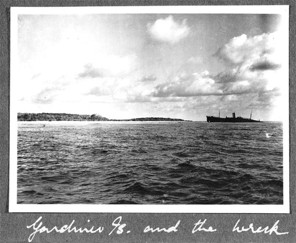 $2.2 million expedition to find wreckage of Amelia Earhart’s plane begins in Hawaii
View Photo Gallery — Amelia Earhart: The search continues: Secretary of State Hillary Rodham Clinton has taken interest in one of the biggest unsolved mysteries of the 20th century: the disappearance of Amelia Earhart. This year, the National Portrait Gallery will devote an exhibition to the aviatrix.


HONOLULU — A $2.2 million expedition is hoping to finally solve one of America’s most enduring mysteries: What exactly happened to famed aviator Amelia Earhart when she went missing over the South Pacific 75 years ago?

A group of scientists, historians and salvagers think they have a good idea, and are trekking from Honolulu to a remote island in the Pacific nation of Kiribati starting Tuesday in hopes of finding wreckage of Earhart’s Lockheed Electra plane in nearby waters.

Their working theory is that Earhart and her navigator Fred Noonan landed on a reef near the Kiribati atoll of Nikumaroro, then survived a short time.

“Everything has pointed to the airplane having gone over the edge of that reef in a particular spot and the wreckage ought to be right down there,” said Ric Gillespie, the founder and executive director of The International Group for Historic Aircraft Recovery, the group leading the search.

“We’re going to search where it — in quotes — should be,” he said. “And maybe it’s there, maybe it’s not. And there’s no way to know unless you go and look.”

Previous visits to the island have recovered artifacts that could have belonged to Earhart and Noonan, and experts say an October 1937 photo of the shoreline of the island could include a blurry image of the strut and wheel of a Lockheed Electra landing gear.

“That was the icing on the cake,” said Gillespie, who said the picture added to 24 years of evidence gathering used to form the group’s working theory.

The photo was enough for the U.S. State Department to hold an event to give encouragement to the privately funded expedition, and enough for the Kiribati government to sign a contract with the group to work together if anything is found, Gillespie said.

But the hunt using nearly 30,000 pounds of specialized underwater equipment is just a sophisticated way to try to prove a hunch that could be flat wrong, or not provable if the plane simply floated too far or broke up into tiny, undetectable pieces.

A separate group working under a different theory plans its third voyage later this year near Howland Island.

Earhart and Noonan were flying from New Guinea to Howland Island when they went missing July 2, 1937, during Earhart’s bid to become the first woman to circumnavigate the globe.

Gillespie’s group raised enough funds to embark on the nearly monthlong voyage through individual and corporate donors, including funds from Discovery, which plans to document the trip and air it on cable TV in August, and $750,000 worth of free shipping from FedEx of the underwater science gear, Gillespie said.

If the voyage succeeds, it could add to Earhart’s legacy and solve a mystery that’s captured national attention since her disappearance, she said.

“If they find something, that adds a lot of credibility to her, to her navigator Fred Noonan, and to their survival skills because of the things that have been found so far on Nikumaroro,” she said.

The trip is planned to last roughly 26 days, including 10 days of searching and 16 days traveling between Honolulu and the atoll. The voyagers will use a ship owned by the University of Hawaii, an oceanographic research vessel named Kaimikai-O-Kanaloa, which translates into English, “The Searcher of the Seas of the God Kanaloa.”

Gillespie said the group has as good of a chance as it can expect given its equipment, including an unmanned vehicle that looks like a torpedo used for mapping terrain on the ocean floor and a tethered remote-operated vehicle that will be used to take pictures and look at objects identified in the water.
And Earhart’s standing as an American icon — especially to young women — and fascination in her story means it’s important to solve the mystery, he said.

“That kind of inspiration matters,” Gillespie said. “We want to know what happened to her.”
Posted by arclein at 12:00 AM