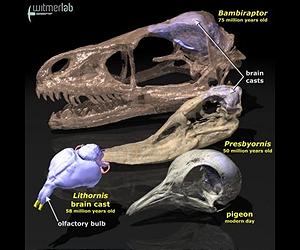 It is surprising how often doubling up of the gene content plays out in biology. The most important is polyploidy. This has driven much of our domesticated grains in particular. Since the most important developments took place pretty well during the ninth millennia or so BP and occurred in several separate locales, it is pretty difficult not to presume deliberate human intervention.

Put another way it is possible to induce this and we have known how for some time. The method could have been easily applied by humanity at the time and place. The difficulty is that the knowledge pretty well had to be communicated just when it became possible to engage in agriculture in the post ice age world. That it did begs any explanation except intervention itself and we are back to Noah.

Now we discover a similar occurrence kicked of vertebrate evolution itself. This is coincidental but also suggestive. We really do have to understand just how often this happens naturally. We also have to understand what occurs when it happens naturally and just how much variation can occur. It is a field of biological investigation whose rewards have already been shown over thousands of years and simply needs to be better understood.

I would like to know that this all occurs quite naturally and often and all one has to do is keep one's eyes open in the field. This will not get rid of the remarkable transition to agriculture that took place in so many places unless we also show a global awareness of agriculture form work on the continental shelf in the preceding millennia.

U.K. researchers say a genetic "mistake" 500 million years ago triggered an evolutionary pathway that eventually led to humans and many other animals.

It happened when a spineless creature on the ocean floor experienced two successive doublings in the amount of its DNA, a major genomic event that eventually led to the evolution of humans and other vertebrates, the researchers said.

The results have been both good and bad, researchers said. Good because the DNA doublings boosted cellular communication so that our body cells are better at integrating information; bad because breakdowns in that communication, traced back to the same genome duplications, can cause diabetes, cancer and neurological disorders.

"Organisms that reproduce sexually usually have two copies of their entire genome, one inherited from each of the two parents," researcher Carol MacKintosh told Discovery News.

"What happened over 500 million years ago is that this process 'went wrong' in an invertebrate animal, which somehow inherited twice the usual number of genes," said MacKintosh, a professor in the College of Life Sciences at the University of Dundee.

"In a later generation, the fault recurred, doubling the number of copies of each gene once again."
"The duplications were not stable, however, and most of the resulting gene duplicates were lost quickly -- long before humans evolved," she said.

But some did survive, MacKintosh and her team said.

They studied several hundred proteins that work in human cells to coordinate responses to growth factors and to the hormone insulin.

A biochemical analysis of the proteins found they date back to the genome duplications 500,000 years ago.

Funny they don't mention anything about this in the Bible.. LOL