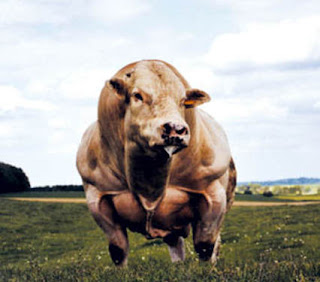 Despite all the running concerns and general economic malaise presently felt out there and transmitted into our living rooms through the media, the global economy over the next decade is now looking good to even super bullish. The five year contraction of credit precipitated by the 2008 crisis has largely run its course and general credit growth is now underway albeit at a somewhat prudent pace. This should generally last a generation at least. This will be true even if many obvious reforms are not enacted and other corrective measures taken. As I stated in 2008, there was a fast and a hard way to overcome the credit crisis. We have had to live the hard way and the outright contraction of the USA middle class. As stated before, it was all unnecessary, but it is now over.

There are still plenty of problems to resolve, but that would be equally true in the midst of a raging bull economy.

On the economic front two drivers are now in place to fuel economic growth. Money itself is cheap and will continue to be so until asset prices fully reflect that reality. If you need to understand what that means, just go to Canada to see the present pricing structures developing and in place today. This will be the US in a few years and everywhere else that is able to get its act together.

The other great driver in place is a massive increase of global oil reserves at the plus $50 per barrel level that is sufficient to provide energy security for doubling the size of the global economy. This oil reversal is also putting the USA economy back on its feet. I am thrilled to see five years of this, but it appears we will get much more because the transition to new energy sources while developing apace is still just that. It is a shift that is basically decadal and while still rapid, you do not replace twenty year paper with ten year paper either.

The key point though is that US oil consumption is poised to plummet with the real advent of EVs and that will also be true for global consumption as massive amounts of all that new oil becomes surplus. A wide range of economic changes are also poised to transform the developed world and they are all good news and have been tackled extensively in this blog. The blowback will be against erstwhile monopolists who will suddenly discover a need for nimbleness. Say goodby to the Arab Oil Barons.

China and India are now confronting their internal problems and because they are now richer and are able to engage solutions. Still messy but that is always true.

The rest of the world has generally woken up to their options and the populations no longer resist modernism and in fact welcome it. Even the Islamicists are jumping on the horse and mostly trying to not be thrown off just as the communists discovered.

Europe is sorting itself out the only way it can by hanging the reckless out the window. What must and will emerge is a true financial union that will be inherently prudent. Sooner or later the unpleasantness will be over. Cheap housing in Spain and the Mediterranean generally will always be fantastically attractive.

What I am saying is that the fundamentals of the global economy have actually never been better and I would have not expected to write these words so soon back in 2008. Governments need to merely pay attention to business and voters need to remove those who do not. That has always been true of course but never has the case been so good.
Posted by arclein at 12:01 AM