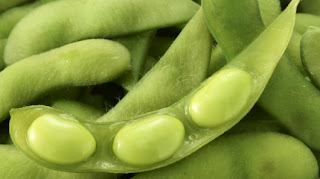 If there is any certainty in the technology world of today were just about every present solution appears to have a replacement jumping up and down in the wings, it is that tires generally will not be going obsolete. Thus finding that we can expect to see biological oils replacing at least part of the usage of petroleum products is welcome news.

This is really a return to nature, but with a much superior approach. We get better tires instead of a mere replacement.

There is no doubt that oil will be exiting the general energy business over the medium to long term. Right now we are living through its last hurray. As I have posted in the past once displacment technologies begin to bite, global oil demand will enter a decline that will drop production down to a global volume of perhaps a third of present production. Natural gas will linger longer because of long haul tucking and the heating industry. Thus in time, the petrochemical business will be the dominant market for oil of which ample reserves will then be available.

Yet superior biological applications do need to be worked out even if only to make oil easily displaced. So even if I do not think that we will have the need for centuries even, it is still prudent to know and even use superior biological protocols.

By Ben Coxworth
15:25 July 24, 2012
Goodyear has determined that soybean oil used in tire production could reduce the amount of petroleum-based oil needed, and increase tread longevity

It’s good for the environment when manufacturers can find ways of using less fossil fuels, while consumers – along with the environment – benefit when products last longer. Now, thanks to the humble soybean, both parties may be able to get what they need. Researchers from the Goodyear Tire and Rubber Company have discovered that soybean oil can help reduce the amount of petroleum used in tires, while also extending those tires’ tread life.

Specifically, it was determined that by using soybean oil in the tire rubber compound, the company could reduce its use of petroleum-based oil by up to seven million gallons (26.5 million liters) a year, while the tread life of the tires would increase by approximately ten percent.

Additionally, tests showed that the soybean rubber compound blended more easily with the silica used in tire production. This means that tire plants using it could operate more efficiently, using less power and creating less greenhouse gases – they would also cost the company less to run.

Prototype tires made with the soybean oil will be tested in Texas over the next few months. If all goes well, the tires could be available for purchase by 2015.

Goodyear is also developing a sugar-based compound known as BioIsoprene, which could replace some of the petroleum-based isoprene currently used in tires.
Posted by arclein at 12:00 AM