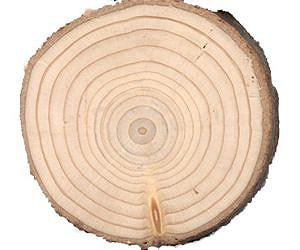 What appears in these studies is the glacial speed of climate change itself within the constraints of the Holocene. There is also a sense here and I may be wrong on this conjecture, that the energy balance from year to year is pretty constant but on decadal and even century long trend lines. The modern world speaks to clear decadal trends against a longer recovery trend from the Little Ice age.

I have long argued that this has been sufficient to explain present warmer conditions and that we have not broken free of the Holocene temperature channel.

The short lesson is that looking at a season can be terribly misleading.

I would like to see a global drive to target bogs for local tree ring histories. It will not be accurate as to the annual situation but it will provide signals across a wide geographic region. Claims on climate conditions require that form of sample depth.


Through an exploration of tree rings and oxygen isotopes, researchers at the University of Pittsburgh are now able to better pinpoint the history of droughts in the arid and semiarid areas of the American West.

A paper published in the online issue of the Proceedings of the National Academy of Sciences explores the Medieval Climate Anomaly, a particularly warm period occurring in the northern hemisphere of the American West around 950 to 1250 C.E. While this time period is known as being a "dry period," the Pitt researchers have discovered an unexpected complexity to the patterns of drought.

"East of the Cascade Mountains, the Pacific Northwest is now dry and hot in the summer and wet in the winter," said Byron A. Steinman, principal investigator on the project who earned his PhD in geology from Pitt in 2011 and is now a postdoctoral researcher at Penn State University. "We've found that it may not have been dry in the winter in the Pacific Northwest during the Medieval Climate Anomaly."

Steinman, who worked with Pitt professor of geology and planetary science Mark B. Abbott, began by studying tree rings, which often can record past precipitation and temperatures. However, tree rings are more accurate at recording this information during the spring and summer months, when the tree is growing and not lying dormant. To determine the validity of the tree-ring data, the researchers decided to undertake a study of oxygen isotopes for comparison.

They explored isotopes found in nearly 1,500 years of bottom-of-lake sediments from two bodies of water in Washington state: Castor Lake and Lime Lake. The isotopic composition of these sediments, says Steinman, can reflect the amount of water entering a lake, especially during the wet season.

The researchers paid particular attention to the calcium carbonate in the water (shown in the form of calcite), as the oxygen in this mineral relates directly to the isotope ratio of lake water. Castor Lake is on a plateau, and the water inflow comes only from precipitation and groundwater. Therefore, no water is lost through evaporation.

However, Lime Lake loses the majority of its water through a permanent outflow stream. By comparing the two lakes, the researchers could determine the water balance between evaporation and precipitation.

To pinpoint the time of the drought, the researchers looked at two stable isotopes of oxygen-oxygen 16 and oxygen 18-in the sediments. Oxygen 16 is lighter than oxygen 18, and so during evaporation more of it is released-the calcite in the sediments containing more of the oxygen 18. If the lakes are full of water, however, there will be more oxygen 16 in the calcite.

The layers of sediments that are laid down each year can be dated either using carbon 14 dating of organic material or by locating layers of tephra (volcanic ash).

In the end, however, what they found was a mismatch of data.

"The tree ring and isotope data matched up on a short-term, decadal scale," said Steinman. "However, on a longer-term, century scale, the records diverged. The tree-ring data suggests dry conditions during the Medieval Climate Anomaly summers while the isotope data suggest wetter-than-expected winters."

In the paper, the researchers suggest a strong centennial relationship over the past 1,500 years between winter precipitation and the climate variability patterns that shift about every 20 to 30 years in the Pacific (known as Pacific Decadal Oscillation-PDO). PDO is linked to the El Nino Southern Oscillation, a tropical phenomenon that influences global weather patterns.

"Before and during the Medieval Climate Anomaly, the North Pacific Ocean was warmer, and Washington had a greater precipitation than during the Little Ice Age, which occurred from 1450 to about 1850 C.E., when there was less precipitation," said Steinman.