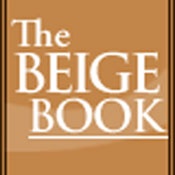 This is an important report, valuable because it is outside of the official datra gathering that is naturally open to manipulation or the appearance of such even when it is not. Besides, we all ask the barber because if he is hurting it is ugly.

What this signals though is the increasing importance of internal demand itself and this is incredibly important. The average Chinese household is today equivalent in gross wealth to the USA of the 1950's. That is still a stunning achievement but it underlines just how much additional wealth generation is anticipated.

Now you know why we are having a huge build out in the commodity sector.

The pundits are having a lot to say these days but a rising order book from China in particular will soon put everything right in North America and particularly in Europe.

Business Week - China’s official statistics may be lagging behind independent data that show a pickup in the world’s second-biggest economy last quarter, according to a new private survey modeled on the U.S. Federal Reserve’s Beige Book.

The China Beige Book, through interviews of about 2,000 company executives and bankers, found retail sales and manufacturing strengthened while property sales increased and shortages of unskilled labor failed to abate. CBB International LLC, the New York-based researcher that conducted the survey, provided a summary to Bloomberg News via e-mail yesterday.

The report said four of every five retailers see higher sales in six months, a bigger proportion than in the first quarter, contrasting with government data showing the weakest non-holiday sales growth since 2006 in May. Bankers foresee growing availability of loans and 46 percent of companies intend to borrow, “suggesting a fairly stable rise in credit demand.

”“These findings diverge considerably from the current ‘gloom and doom’ narratives,” CBB President Leland R. Miller and Craig Charney, director of research and polling, said in a statement to Bloomberg. The official statistics probably lag CBB’s data by one to three months and may reflect a pickup by “mid- to late summer,” they said.


The survey suggests China’s measures to reverse the deepest slowdown since 2008 may be boosting growth even as Europe’s sovereign debt crisis crimps exports.

The survey uses methodology adapted from the Fed’s Beige Book survey, according to CBB. The central bank is not involved in the China survey, CBB said. The U.S. Beige Book is published eight times a year, or two weeks before each meeting of Fed policy makers, giving anecdotal data to inform interest-rate decisions.

New yuan loans probably climbed to 900 billion yuan ($142 billion) in June from 793 billion yuan in May, according to Bloomberg’s analyst survey.

China’s new home prices (SFUN) in June increased for the first time in 10 months, according to a survey of 100 cities by SouFun Holdings Ltd. (SFUN) (SFUN), the nation’s biggest real estate website owner.

Not all the data in the China Beige Book showed a pickup. Manufacturers that principally export are “hurting,” with 28 percent reporting sales declines, double that for firms that also rely on domestic markets, the report said. More than a fifth of residential property developers and 18 percent of commercial developers had declining revenue in the quarter.


After thirty years, China is nearing the end of its super-high-growth phase, but that shouldn’t be a shock. It’s much like the twenty-five-year growth spurts by earlier East Asian economies such as South Korea, and it was always bound to slow. But it is resilient. For all the gloom these days, I end up around where The Economist did in April, when it concluded that China’s “quirks and unfairnesses”—financial repression, sops to the state-owned enterprises—will help it withstand a shock.


China is still on pace to overtake the United States as the world’s largest economy by 2020. If you want to know if it’s a better investment than other places, consider that U.S. fund managers continue to move in. (They put $2.5 billion into Chinese stocks this year, after pulling out $2.6 billion last year, according to the research firm EPFR Global.) If China was a stock, it would be down now, but, viewed from another angle, that means it is cheap.
Posted by arclein at 12:00 AM