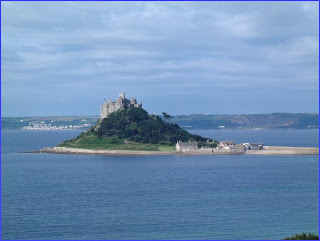 Today I will revisit the geological and climatic conditions and changes that took place in the North Atlantic with the demise of the Ice Age.

As I have posted in the past there is developing evidence to support a direct crustal shift that moved the North Pole thirty degrees south through the longitude of Hudson Bay, 13,000 BP that I label the Pleistocene Nonconformity. With that event, the Great Northern Ice Age went into steady decline allowing the emergence of agriculture in continental temperate landmasses. Yet none of this is important in terms of reconstructing the history of the post event changes.

The first thing that we need to address is the landmasses along the northern edge of the ice cap. It turns out that Iceland was at least twice as large as at present and nearly connected directly to Greenland on the west. In the East we had the North sea shelf that extended the British Isles westward. The passage in between was also filled with shallow lands that could easily have initially above sea level. In short, during the Ice Age the Arctic was as cut off from the Atlantic as the Pacific is cut of from it also. The Northern Ice Cap was as terrible as the Antarctic Ice Cap.

In addition we have a land mass off the coast of Ireland that was around four times as large as Ireland that would have been mostly above sea level but not mountainous. This is likely Lyonese. However all these lands were likely heavily burdened with ice and unpleasant to travel through unless you were Solutrean and had skin boats and seal hunting skills.

The end of the Ice age turned on the full strength of the Gulf Stream. With this the ice began to be driven back and this was focused fully on this coast and the ice sheets of Europe. Also the sea level began its inexorable rise that ultimately totaled around one hundred meters or three hundred feet. I suspect that it took most of 10,000 years to be fully complete, although it was mostly complete when Lake Agassiz discharged around 8000 years ago. It is also obvious that all this activity took place inside spans that can be covered with folk memories.

What needs to be understood though is that all the heat in the Gulf Stream stayed in the North Atlantic for a long time\ without penetrating the Arctic This is important because it explains the discovery from seabed sampling that current temperatures were two full degrees warmer until around three thousand years ago. This powerfully suggest that at least a portion of the Current was still blocked from penetrating the Arctic directly until then.

The European portion of the Ice Age would have well collapsed by then and the record supports that but the Arctic itself would still have held sway along the northern European Coast until the North Sea Shelf was submerged. That again appears to be well remembered in folk memories.

The blockage was most certainly the land mass of Lyonese and most likely parts of the Icelandic shelf.

One more element entered the story. The collapse of the North American portion of the Ice Age continued apace although it may not have been complete until three thousand years ago. This relieved massive pressure on the crust centered around Hudson Bay that is continuing slowly to this day. The movement itself was slow and steady.

However it meant that shift of material was taking place deep in the crust and that somewhere a portion of the crust needed to subside in order to restore crustal balance. The closest portion of the Mid Atlantic Ridge appears the most obvious candidate. This included Lyonese. Such an event would also coincide with a major activation of Icelandic Volcanoes.
It may even have happened as recently as 1159BC when Hekla exploded and ended the Atlantean Trading culture. It now becomes plausible that Lyonese contained the core city of Atlantis itself as I am loath to locate two rapidly subsiding islands.

Keep in mind huge tracts of land subsided slowly due to the rising seas. This included the continental shelf everywhere and particularly in the Atlantic, the Grand Banks and the Bahama Banks. Both are country sized and the Bahama bank could well have retained a remnant around Bimini during the heyday of the Atlantean trade empire (2400 BC to 1159 BC). However the volcanism although not directly on Lyonese was immediately north and certainly part of the story since it hurled Europe into a dark age in which crops failed for a generation.

In the event a flat land four times the size of Ireland, continually bathed by the Gulf Steam would be ideal for Northern European agriculture. Since the Atlantean story always had a european flavor it needs to be considered.

This means that it was far larger than I ever thought and certainly has the room to meet the measurements of Plato for the core region of Atlantis. I suspect also that in 1159 BC that large portions of the Bank was already submerged.
Posted by arclein at 12:00 AM