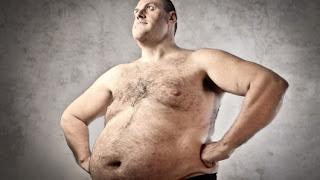 It remains to be seen were this will take us, but it remains clear that our ignorance is unchallenged when it come to understanding the pathways leading to obesity. What is suddenly clear is that aberrant pathways could exist and be very subtle.


What is clear though is that exercise directly induces the conversion of storage fat into fuel fat. This is helpful in that it supports directly the causation argument for exercise. We actually needed that as we had empirical results suggesting as much but no direct argument outside of gobblety gook. Now we have a driven transition into fuel that may even be tracked.


It sometimes astonishes that this late in the day we are still making primary observations of the cellular life of our bodies. What do we know?

A newly-discovered third type of fat cell could be a target in the fight against obesity (Photo: Shutterstock)

http://www.gizmag.com/beige-fat-cells/23303/
The existence of two different types of fat – or adipose tissue – in mammals has long been known: white fat, which stores calories and in excess results in obesity, and brown fat, which burns calories to generate energy and heat. Now scientists at the Dana-Farber Cancer Institute have confirmed the existence of a third, genetically distinct type of fat called “beige fat,” which they say is a potential therapeutic target for treating obesity.

A 2008 paper out of the Dana-Farber lab of Bruce Spiegelman, PhD, had proposed the existence of a third type of fat cell, and now Spiegelman and his team have become the first to isolate them and determine beige fat’s unique genetic profile. They found that beige fat shares much in common with brown fat. Both have the ability to burn large amounts of calories as they both contain energy-burning organelles called mitochondria, which contain iron and are responsible for the cells’ brown and beige hues.

"The therapeutic potential of both kinds of brown fat cells is clear," the authors say in their study, "as genetic manipulations in mice that create more brown or beige fat have strong anti-obesity and anti-diabetic actions."

One of the hormones that specifically targets beige fat cells to trigger high levels of UCP1 is irisin, which is expressed by muscle cells during exercise. Earlier this year, Spiegelman reported that irisin mimics some of the results of a workout by prompting the transformation of white fat into brown fat. He says this new research indicates that irisin actually stimulates white fat to produce beige fat.

Spiegelman also found that unlike brown fat cells, which are created from stem cell precursors that also produce muscle cells, beige fat forms within deposits of white fat cells from beige cell precursors. The beige fat cells are found in scattered pea-sized deposits beneath the skin near the collarbone and along the spine in adults. The team’s research also found that deposits found in adult humans by three research groups in 2009 and identified as brown fat are actually beige fat cells.

It’s unclear whether other research teams that have previously reported success in activating brown fat – one using a protein called PRDM16 and another by reducing the production of a naturally-produced endocannabinoid in the brain – were actually related to beige fat cells instead. However, given the new research’s claims as to how beige fat cells are formed, it seems likely that UC San Francisco researchers' recent discovery of a switch that turns white fat cells into brown was actually turning them into brown fat cells.

Dana-Farber has licensed the team’s discoveries about irisin to biotech company Ember Therapeutics, which plans to develop the hormone as a therapy for obesity and diabetes.

The team’s research appears in the journal Cell.