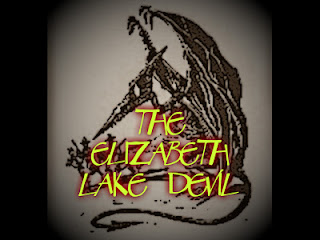 When it comes to large nocturnal flying creatures we have seen reports that describe several possibilities. The easy one is the Thunderbird which appears to be an Andean Condor. Another is a plausible giant owl that is possibly a known Old World Owl that could be the Moth-man. There is also a giant vampire bat also represented in a size not much smaller than reported for real in Central America that could be the Chupacabra. In short we have three real creatures operating nocturnally who could either easily scale up or with which the witnesses saw a size that was not there at all. I think you can get my point.

That leaves us with pterodactyl sightings. This is a reptile that may sport feather, scales or perhaps a little fur that does fly. Way more important is that it also flies underwater and likely consumes fish. This also suggests that like all reptiles, it is able to create underwater caves that gives them protection. I have seen several independent reports and we also know that a pterodactyl is extant in New Guinea. All this means that the species did survive into the present age so a far ranging large member is quite able to show up in North America.

Thus we have a plausible explanation for even this tall tale.


The legend states that the Devil created the Elizabeth Lake and placed one of his own pets inside it. If you swim deep enough, eventually you will find a secret passage direct to the underworld which isn't entirely far fetched, as the lake lies directly over the San Andres fault line. From this lake a horrible monster came to be.


The following is a short mention of the legend in the Los Angeles Daily News:

It was once named La Laguna de Diablo because early settlers thought a monster lurked inside its watery depths.


But Los Angeles County's largest natural lake, Elizabeth Lake in the Antelope Valley, is now considered heaven by nature lovers, who are attracted by its inherent beauty and its scores of animal and bird species.....

The lake's modern history dates back to the early days of California's founding.


In 1780, Father Junipero Serra named it La Laguna de Diablo because those who lived near the lake formed by the San Andreas Fault believed it contained the devil's pet.


In the late 1800s, Tiburcio Vasquez and other Banditos used the lake as a hideout for their stolen cattle and horses.


It was later named Elizabeth Lake for a young girl who lived nearby and slipped in to the water. She wasn't hurt, but friends dubbed it in her honor as a joke and the name stuck.


And just in case the legend of the Elizabeth Lake monstermight scare away any potential buyers, Walker said the last reports of the monster's appearance were in the late 1800s, when several men claimed they witnessed the ascension of a huge monster with bat-like wings from the lake.


"Of course, this is all legend and folklore," Walker said. "Here, we don't think about it. Most people don't even know about it. It's just an old story." - DailyNews - Los Angeles, CA

There have been no reported sightings since the 1880's, but there were a few between 1830-1886. The creature has been described as having bat wings, the neck of a giraffe, the head of a bulldog, six legs, a length of at least fifty feet, and emit a horrible nauseating stench. Several ranchers and owners of land around Elizabeth Lake abandoned or sold their property at losses to get away from the beast. Supposedly Spanish missionaries dubbed the lake Laguna del Diablo and Indian legend also supports the rumors that the Devil created the lake.


The first recorded sighting was by a Spaniard Don Pedro Carillo in the 1830's. He built a ranch on the shores of the lake, but one day a fire of unknown origin burnt every single structure down all in a single night. In the 1850's, American settlers tried to establish themselves near the lake, but screams at night, unnatural noises, visions, and other experiences that they would not relate drove them away.


A few years later Don Chico Lopez and Don Chico Vasquez established a ranch along the lake and for several months everything was fine. Then the workers reported livestock and animals disappearing. This was followed by a giant winged shadow passing over every night. Soon the residents had multiple sightings of the beast. Bullets reportedly bounced off the creature's hide. As ranch hands quit, and animals kept disappearing, the owners were forced to sell. The land was eventually sold and the ranch abandoned.

Several months after Miguel Leonis, a burly Basque immigrant, purchased the ranch on Elizabeth Lake, the creature began eating his animals as well. But Leonis would not have it. He lay in wait for the beast and then savagely attacked it when it emerged at night. As bullets bounced off its tough hide, he engaged it closer, beating it with his rifle butt across the nose and then punching it in the eye. The creature supposedly retreated back to the lake and eventually fled to Arizona.


The creature was later linked to the area around Tombstone, Arizona. A photograph was presumably taken in the early 1890s of several cowboys and ranchers holding up what appears to be a pterodactyl. The beast was apparently seen flying in the area, and was lured by some ranchers into a trap in the Huachuca Mountains, west of Tombstone, where they killed the creature. Some stories link the monster of Elizabeth Lake to the monster in the old picture of the pterodactyl, stating that they are the same creature. Thepicture apparently appeared in the Tombstone Epitaph though the original photograph disappeared.


Elizabeth Lake has mostly been quiet since the encounter with Miguel Leonis. There has been a lot of speculation if the creature ever existed at Elizabeth Lake...but there is little doubt that several Spanish dons, settlers, and western ranchers avoided the location, even though it was some of the most fertile land in the area.


There is another great source on these sightings at American Dragons of the West. In my opinion, the Elizabeth Lake sightings may have been something other than a flesh and blood creature. Some of the Ancient Alien and Hollow Earth mysteries included encounters with large birds that seemed indestructible....bullets would bounce off the surface. Some of the large birds would spew fire and projectiles, as well as latch onto people and livestock from a fair distance above. I know is sounds similar to the filmCowboys & Aliens

- but then again...maybe this legend is where the story line came from. Lon

Tales Of The Weird And Bizarre