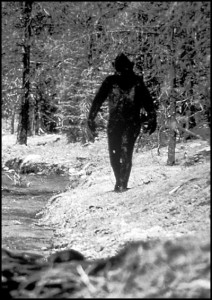 This is a bit of the noise out there. What is important is that a large number of DNA samples have been processed and this provides us with a mass of new data that will become available for interpretation. I am also aware of another group doing similar work although that may have been feeding the same lab.

My point is that we have gone from scant and controversial DNA to ample DNA and good enough to recognize that we are dealing with a human hybrid. This resets the bar simply because we now know that DNA samples must not be discarded as contaminated as certainly had been happening.

It is also true that Ketchum was forced to go public by external events. I think now that all the data needs to be made available with interpretation to open the door for active review and independent contribution. There are issues best answered by the data. After all that is all we ever have.

The technical questions here raised need to be addressed and answered but the fact remains that Ketchum has the tools and few others do.

We are entering an age of open review and for controversial subjects most of all. It is extremely hard for a scholarly trade journal to choke down a paper like this and we no longer live in a world were they are the only outlet.

The last item makes it amply clear that we can rely on her data.  Interpretation however is presently tentative although obviously compelling. Never forget that this is the first moment in which the human ancestry has been understood.  It is far harder to sort out the rest of the DNA and that is precisely why all the data needs to be put out quickly.  We need more eyeballs.

Editor's Note: This is a guest post by Mike A. a Sasquatch enthusiast and a member of the Facebook group, Team Tazer Bigfoot.

Bigfoot Evidence: It's not about the bloggers, it's about what went wrong with the Ketchum study

So, the Ketchum Study...it seems destined that this is going to turn into yet another culture war within the squatching community, so be it.

First the facts: The paper is claimed to have been submitted to peer review within the US, and was rejected. It is allegedly now seeking peer review in Russia. If these "facts" are not true then the Ketchum camp should step out and clarify where things are without all the skullduggery that has recently occurred. The simple fact is many a rumor has been thrown into the mix of late and the onus is on them to clear up any falsifications, it is after all, THEIR paper, THEIR study.....

This was also a recent topic on Cryptomundo which sought to see the reason why Igor Burtsev had prematurely leaked the story of the study and then decided to re-submit it for publication in Russia.
The CFZ's posting on this resulted in the following message posted yesterday:

And This was my reply, still waving the same red flag,

There is a consistant problem about Melba Ketchum's study that is never addressed, and whenever I try to bring it up I get called a troublemaker. I cannot say if this is actually in the paper or not because I have not seen the paper. But the public announcements I have seen always seem to say that the nuclear DNA was analysed to determine what was going on in the male side of the inheritance. Only that is stated wrong, the nuclear DNA contains materials from BOTH parents-half from either one. I keep trying to get some sort of admission or denial about this but I never get a direct statement. Last time I tried bringing it up I was told "That's all speculative": it is NOT speculative it is basic heredity and basic to DNA science, and saying that it IS speculative shows a genuine ignorance of the topic.

Which drew this reply:

Jeffrey Teagle You are correct Dale.....I stopped talking to people about the study here too. Why do people defend this lady; I have NO idea?

Revealed: Dr. Ketchum...documented that 'they discovered a new species

Dr. Melba Ketchum of DNA Diagnostics was recently interviewed on AM 770 CHQR Canada in reference to her Bigfoot DNA study. She reveals that the first sample of the study was the infamous Yeti hair evidence collection by the 'Destination: Truth' team as seen on the 1st episode of the show's 2nd season. She also states that she did not believe in Bigfoot / Yeti when she started the study 5 years ago.


Dr. Ketchum pointed out that at least 3 other DNA / forensic (private and government) laboratories blind tested the same samples. Each of these tests received the same results...that the mitochondrial DNA was 100% human. As she continued to map the genome it was discovered that all of 109 samples submitted were developing the same mitochondrial component. In the final stages, the result concluded that the human DNA was mixed with unknown (unique) primate DNA. The hybrid cross is fairly recent (less than 15,000 years).


Dr. Ketchum revealed that Wally Hersom and Adrian Erickson were the investors of the study. She also stated that most of the push-back that she has received has been within the Bigfoot community...basically, that she has somehow infringed on their territory.


She later describes a Bigfoot encounter she had approximately 2 years ago when she was invited by a group of habituators to witness these hominids. She describes the evasion skills of these beings and other reasons why they are rarely identified. There were no specifics given as to the location of the encounter.

Dr. Ketchum strongly stated that the peer review process is still in progress regardless of the speculation to the contrary. The published review is expected in 'weeks instead of months'. The Russian peer review will be on a separate study performed on samples collected by the Russian researchers.
[this is much more like it – papers are critiqued and improved but not outright rejected as was reported in a circumstance such as this - arclein]

She later points out that her laboratory is skilled in extracting and separating DNA forensically. Scientific and evidence protocol was strictly followed, regardless of the claims that the samples were contaminated. As stated previously, the screened samples were than submitted to other accredited laboratories for their analysis. The result, in at least one instance, was that they had'discovered a new species' in which Dr. Ketchum states she has in writing by one of the laboratories. She in confident that the study will hold up scientifically in the long term.


NOTE: Like I have stated previously, this is going to be a long and drawn out process. The majority of the Bigfoot community will most likely question the study regardless of the results. If Dr. Ketchum's study is correct, then 90% of the books written on Bigfoot and the Yeti are moot. That alone is 'stepping on a lot of toes.' Nevertheless...this interview reinforces my confidence that these beings were, and continue to be, the result of non-terrestrial intervention. Lon