Artery Health with Nuts and Legumes 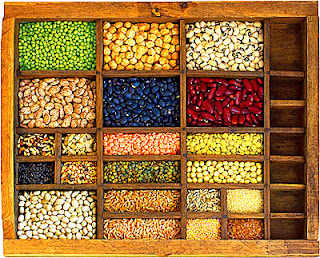 The immediate take home from this material pulled from advertizing copy is that eating a lot of nuts and legumes on a daily basis will plausibly chelate heavy metals and excess calcium out of your bloodstream and by inference from your coronary plaques.

I have never had a compelling argument for eating a lot of nuts and legumes, although I have developed a serious taste for them inasmuch as I am eating two to three hundred grams every day now and this has coincided with a significant improvement in my general well being.

Of course, I kicked wheat to the curb and replaced it with plenty of nuts and legumes. I am likely getting a double boost for my trouble.

The China Study makes it pretty clear that the best medicine for human health is something approaching the vegan regime. Nuts and beans provide substance to that regime and clearly many additional unrecognized benefits.

The chart in this article may not make it intact through the auto format so it is worth noting that a little as a hundred grams of most nuts provides much of the benefits. They are pitching a supplement, but I see that as counter productive here.

Artery Health with Nuts and Legumes

There’s no arguing that hundreds, if not thousands, of people have had success using oral EDTA to keep their arteries healthy. But the fact of the matter is, for all the good EDTA seems to do, there’s even stronger evidence pointing to a different nutrient that actually does a much better job of helping your body use calcium properly.

We just need to take a cue from the Mediterranean diet to keep calcium where it belongs
It’s no secret that people living in Mediterranean countries enjoy far better cardiovascular health than those of us here in the United States. According to the World Health Organization (WHO), Americans are 35% less likely to enjoy a lifetime of good heart health than people living in Greece, Italy, France, and Spain. The biggest difference between our culture and theirs? Diet.

There are many aspects of the Mediterranean diet that contribute to better heart health. But the newest research shows an impressive link between one key nutrient and the amount of calcium found in arteries. The nutrient is inositol hexaphosphate, or IP6, and it’s found naturally in legumes (such as lentils and beans), sesame seeds and peanuts—all found in abundance in the typical Mediterranean diet.

IP6 has been shown to support healthy calcium metabolism and, in multiple clinical studies, IP6 was shown to reduce the amount of metallic ions found in the blood. Even better, IP6 moves calcium from your bloodstream and arteries but leaves the calcium inyour bones alone. There’s even preliminary evidence that suggests IP6 moves calcium into your bones.

A few years ago, research revealed that certain forms of vitamin K2 successfully move calcium out of your bloodstream and into your bones.


IP6 has been shown in clinical studies to promote healthy calcium metabolism in your arteries and remove excess iron from your bloodstream. In fact, IP6 seems to target calcium only in the areas you don't want it—keeping it intact in your bones, where you need the calcium. Even better, early research indicates that IP6 not only moves calcium out of your arteries, but also moves it into your bones! The most effective dose discovered in the studies is 1,000 mg daily

But IP6 isn't the only way to move calcium out of your bloodstream...

While the news on vitamin K2 and calcium has been out for some time, there are still many who don't know how critical it is to take the right forms of this calcium-mover. These secret K2 weapons for moving calcium from your blood and arteries and into your bones are two special forms, call MK-7 and MK-4.

Studies show that both MK-7 and MK-4 are extremely successful at moving minerals, such as calcium, out of your bloodstream and arteries.