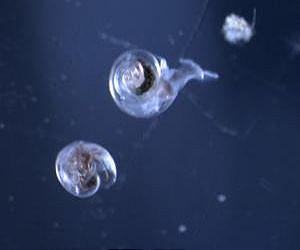 I have problems with the conclusions been drawn here in this item and do not trust them at all. I would like to have data that likely does not even exist yet. However, it at least draws attention to a mechanism.

Beyond that the global atmospheric CO2 content has continued to climb and has reached and passed the ten percent mark over the past forty years. This is obviously significant and remains troublesome. The very good news is that geological carbon consumption is ready to flatten out and enter a long decline as superior energy sources are put into play.

Yet human production certainly is responsible for CO2 rise. On a positive note, this fresh introduction of CO2 has modestly recovered the levels experienced in geological times. We will be needing huge amounts for Terraforming Terra anyway simply to manufacture soils. I even see the possibility that in the future we will deliberately burn massive amounts of geological carbon merely to restore the declining CO2 level although the huge oceanic reserves make that unlikely.

The shells of marine snails - known as pteropods - living in the seas around Antarctica are being dissolved by ocean acidification according to a new study published this week in the journal Nature Geoscience. These tiny animals are a valuable food source for fish and birds and play an important role in the oceanic carbon cycle.

During a science cruise in 2008, researchers from British Antarctic Survey (BAS) and the University of East Anglia (UEA), in collaboration with colleagues from the US Woods Hole Oceanographic Institution and the National Oceanic and Atmospheric Administration (NOAA), discovered severe dissolution of the shells of living pteropods in Southern Ocean waters.

The team examined an area of upwelling, where winds cause cold water to be pushed upwards from the deep to the surface of the ocean. Upwelled water is usually more corrosive to a particular type of calcium carbonate (aragonite) that pteropods use to build their shells. The team found that as a result of the additional influence of ocean acidification, this corrosive water severely dissolved the shells of pteropods.

Ocean acidification is caused by the uptake of carbon dioxide from the atmosphere emitted as a result of fossil fuel burning. A number of laboratory experiments have demonstrated the potential effect of ocean acidification on marine organisms.

However, to date, there has been little evidence of such impacts occurring to live specimens in their natural environment. The finding supports predictions that the impact of ocean acidification on marine ecosystems and food webs may be significant.

Lead author, Dr Nina Bednarsek, formerly of BAS and UEA, and now of the National Oceanic and Atmospheric Administration (NOAA) says: "We know that the seawater becomes more corrosive to aragonite shells below a certain depth - called the 'saturation horizon' - which occurs at around 1000m depth.

"However, at one of our sampling sites, we discovered that this point was reached at 200m depth, through a combination of natural upwelling and ocean acidification. Marine snails - pteropods - live in this top layer of the ocean.

"The corrosive properties of the water caused shells of live animals to be severely dissolved and this demonstrates how vulnerable pteropods are. Ocean acidification, resulting from the addition of human-induced carbon dioxide, contributed to this dissolution. "

Co-author and science cruise leader, Dr Geraint Tarling from BAS, says: "Although the upwelling sites are natural phenomena that occur throughout the Southern Ocean, instances where they bring the 'saturation horizon' above 200m will become more frequent as ocean acidification intensifies in the coming years.

"As one of only a few oceanic creatures that build their shells out of aragonite in the polar regions, pteropods are an important food source for fish and birds as well as a good indicator of ecosystem health.

"The tiny snails do not necessarily die as a result of their shells dissolving, however it may increase their vulnerability to predation and infection consequently having an impact to other parts of the food web."

"In turn, this will increase wind-driven upwelling and potentially make instances of deep water - which is under-saturated in aragonite - penetrating into the upper ocean more frequent.

"Current predictions are for the 'saturation horizon' for aragonite to reach the upper surface layers of the Southern Ocean by 2050 in winter and by 2100 year round. "