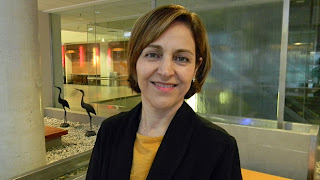 I will not say that this is applied common sense and has been practiced for years as it has been, but it still needs statistical testing to understand its effects.

The real take home is that you should never wait to switch out burgers and cakes for nuts and cabbage and all that. We are all victims of the terrible habits we pick up young and carry into our years.

I have personally survived a major Heart Attack for seven years and it meant giving up any excess of the usual culprits. I have discovered a that one mouthful portion of a cake at a birthday is quite sufficient for triggering personal enjoyment. I have also noticed that the second mouthful you are actually experiencing a blend of sugar and fat that is not so nearly wonderful since all your taste buds are wiped out. Try it.


It's never too late to eat your way to heart health, study says


The role of healthy eating in preventing heart disease is well established, but a new international study spearheaded by researchers in Hamilton suggests that chowing down on wholesome foods improves health outcomes even for people who already suffer from cardiovascular disease.

“The main findings of the study was that a diet rich in fruit, vegetables and fish significantly reduces the chance of a second heart attack,” said Dr. Mahshid Dehghan, a research associate with Hamilton's Population Health Research Institute, which coordinated the effort.

PHRI collaborated with researchers to track the eating habits of more than 30,000 subjects over the age of 55 who suffer from cardiovascular disease or diabetes. Participants from 40 countries filled out questionnaires about their lifestyles at the beginning of the study.

Five years later, researchers checked up on the health outcomes of their subjects, many of whom were being treated with medication.

Researchers found that participants who had diets that were high in fibre and low in saturated fats carried about a 30 per cent lower risk of suffering a heart attack or stroke.

“We found similar associations in all regions of the world, in different countries with different levels of income," Dehghan said.

These findings don't come as surprise to Cory Ma, a registered dietitian at the North Hamilton Community Health Centre, who facilitates programs for seniors who suffer from — or are at a high risk of developing — diabetes or heart disease.

“If my clients don't eat enough fruit and vegetables, when they start, it really helps to relax their blood vessels,” he said.

The focus of the regime, Ma said, "is to have high-fibre whole grains instead of white flour products, lots of plant-based foods, more vegetable proteins, like beans, nuts seed and chickpeas, less red meat, less alcohol and less refined sugars.”

“There's not going to be much salt in those foods. And because there's less red meat, there's less saturated fat.”

“A lot of times, we only see people when they already have [heart disease]. The diet can be followed by anybody and may actually help to prevent it.”