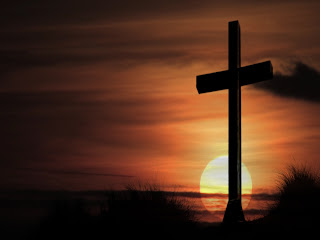 It is easy in the haste and noise to take the Islamic threat seriously. This article reminds of the reality of the situation. Failure to modernize merely means postponement of the inevitable as populations escape through immigration and potential integration into a secular life way.

Modernization, sooner than later means equality of women and freedom of religion. In that environment, Islam is at a proven disadvantage. For that reason alone, Christianity as a movement can easily afford to be patient.

More critically, Christianity happens to be world view that is been adopted everywhere else with actual conversion almost an afterthought. We particularly see this happen in china as it passes from Confucius through Marxism which is at best a Christian heresy onto a neochristian mindset of modernism and significant outright conversion. You will note that Islam is no where to be seen in all this.

A remarkable comment was apparently made at a recent session of top party leaders in china in which the outgoing leader stated that the one decree that he could make that would be accepted without any significant resistance would be one in which he declared Christianity to be the state religion. This tells us that in one century flat, that Christianity has evangelized the whole of China a well as Africa.

As a global religion, Christianity has entered the end game in which outright momentum will erode the Islamic dream as it has this past century. However couched, Islamic barbarism is been confronted everywhere both externally but way more critically internally with the Arab Spring. Yes it is hard to tell, but Islamic authoritarianism has suddenly been trumped. It will become impossible for Arab armies to ever march if not true already.

At the same time, a rational case can be made in science as to the truth of the resurrection of Jesus and by inference the validity of his dispensation delivered from GOD. This opens the door for the conversion of Judaism. That shock would shift the hearts of Muslims generally and open the door there for mass conversions also. Since a large proportion of the Muslim population was Christian by ancestry, a crack will turn into a rout once everyone understands there is no way to stop it.

The continuous rise of Christianity is really one of the most astonishing stories of history itself that could never have been imagined. Modern communication now has made the advance universal and a true octopus in real time.

As this item makes clear, Islam is actually in collapse throughout Sub Saharan Africa and has to be profoundly vulnerable in India. These are the two regions in which live borders exist and both are active in terms of missionary work.


With traditional churches in North America and Europe struggling to fill their pews, with atheism on the upsurge and Islam still growing, it is easy to see Christianity as a spent force, fading in relevance to both modernity and Islamic ascendancy.

This view is mistaken. Short-lived setbacks aside, Christianity unambiguously continues the two-millennia-long ascendancy that has made it the world’s most populous faith by far, and that has rewarded the nations that embraced its values with prosperity. Christianity shows no sign of losing its paramountcy, especially since Islam — its long-standing competitor — has never been an economic contender and will soon have peaked in population.

Stats released this week from the Pew Forum on Religion and Public Life show Christianity’s dominance through the raw numbers of adherents. Almost one-third of the globe’s population — 2.2 billion people — describe themselves as Christian, 600 million more than the world’s Muslims, at 1.6 billion, and 1.2 billion more than the world’s Hindus, at one billion the third-largest among the faiths. Apart from raw numbers, however, lies unparalleled long-lived accomplishment.

Christian Byzantium, the dazzling successor to the Roman Empire, for 1,000 years was the most affluent on Earth, until it fell to the Ottoman Turks in 1453. Then Christian Europe emerged as a power, soon transcending all others in the arts, in the sciences, in economic and in military prowess. In the last century, Christian America has continued the march of progress, joining and eclipsing Europe in all manner of achievement.

In contrast, Islam under the Ottomans, as under the Arabs before them, advanced largely through conquest, plunder and often-brutal taxation of its subjects. Half a millennium ago, the Islamic Ottoman Empire stagnated and then steadily sank, its final collapse occurring during the First World War, from which it never recovered.

The overwhelming majority of adherents to Islam — 96% — today live in Third World countries. Although some Muslim countries have oil wealth, none have an advanced economy and few have the free-market culture and rule of law needed to propel them to the ranks of successful Christian nations. Neither does Islam have Christianity’s near-universal appeal — to rich and poor, to men and women, to literally all ethnic groups and all political ideologies. Unlike Islam, Christianity is well represented throughout most of the world, with roughly one-quarter of all Christians each in Europe, South America, and Africa, and the final quarter split between North America and Asia.

No region better exemplifies Christianity’s success than Black Africa, which in 1900 was a predominantly animist continent with many more Muslims than Christians. And no one better summarizes this success than Ahmad al-Qataani, leader of the Companions Lighthouse for the Science of Islamic Law in Libya, in a frank interview with Al Jazeera in 2006.

Al-Qataani’s numbers for conversions to Christianity differs starkly from those that are reported to researchers at polling bodies such as Pew, which claims Christianity has made no gains at all at the expense of Islam. But there’s a ready explanation for what could be severe undercounting of Christians and overcounting of Muslims by Pew — converts from Islam face extreme penalties, even death, making many unlikely to confide in pollsters. For different reasons, an undercounting of conversions to Christianity is likely to also occur in China, where Christians must worship surreptitiously to avoid the wrath of the Communist Party. According to Pew, China has but 67 million Christians. Estimates from other sources put the number at 100 million to 300 million.

Pew projects that Islam, which it believes has been growing somewhat faster than Christianity, will increase its share of the world’s population to 26.4% in 2030, up from a current 23.4%. But a different analysis suggests Muslim women are becoming empowered at eye-popping rates, leading to plummeting birth rates in the Muslim world.

In a paper last year from the American Enterprise Institute, Fertility Decline in the Muslim World: A Veritable Sea-Change, Still Curiously Unnoticed, researchers Nicholas Eberstadt and Apoorva Shah discovered that over the last generation, Muslim women have decided to have far fewer babies — an average of 2.6 fewer babies each on average in the 48 Muslim countries and territories they studied. In Oman, the number of births “plummeted by an astonishing 5.6 births per woman.” Looked at another way, in 22 of the Muslim jurisdictions women had no more than half as many children, Iranian women reduced their number of babies by 70%. These findings, based on UNDP data to the year 2005, now appear to understate the baby dearth among Muslims. More recent government data indicates even further declines. In 2000, the UNDP projected that Yemen in 2050 would have a population of 102 million. It has now slashed that projection to 62 million; another official agency projects but 48 million.

With rising affluence and modernity, societies tend to produce fewer babies, we’ve long been led to believe. But Muslim women don’t conform to the conventional wisdom. As the researchers put it, Muslim women now have “childbearing patterns comparable to those  of contemporary affluent Western non-Muslim populations [despite Muslims having] substantially lower levels of income, education, urbanization, modern contraception utilization, and the like than those that characterize the more developed regions.” Their explanation, which jives with a pathbreaking 1994 study, is that women (not socioeconomic factors) decide how many babies they want. Through ways the researchers don’t understand, Muslim women in this globalized age are increasingly making choices for themselves, despite their reduced access to contraceptives. And all else equal, the researchers predict, Muslim women will in future have fewer children than non-Muslims.

With Muslim birth rates approaching those in the West, the prospects of Islam ever overtaking Christianity recede. Those prospects diminish further still because Christianity in the West continues to be strong — the great majority continue to identify themselves as Christian, because they hue to Christian values.

In the Parable of the Talents, Jesus taught that those who invest their money will be rewarded while those without initiative will be punished. In most countries, most Christians believe in the prosperity gospel — that God will grant wealth and good health to people of faith. Over the last 2,000 years, their faith in Him has been repaid.

1. The smarter you are, the more likely you are to be a non believer

2. this statement:
"...a rational case can be made in science as to the truth of the resurrection of Jesus ..."
is not even wrong

3. The first world is moving to unbelief and skepticism as fast or faster than the undeveloped world is moving to Christianity. Both movements are in the same direction towards rational thought and an evidence based existence, not blind faith in hieararcial whorship of pedophiles

It's actually impossible to do anything about this in a comment list, other than to tell somebody like this to stop being so inbred and go read people who are, presumably, at least as "smart" as Factotum, such as former atheist Anthony Flew, or director of the Human Genome Project Francis Collins.