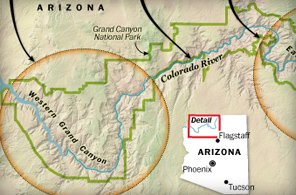 If you become conversant with Geology, you soon learn to treat all age suggestions as tentative at best. You have to be always ready for outright reconsideration. This is particularly true when it comes to understanding physically reshaped rock. There is a reason that you can artificially age an artifact by treating it to accelerated weathering.

Let me give you a great example. The Sphinx experienced intense weathering. It has been suggested that this means we have to go back several thousands of years. Let me propose something else. It was built inside a thousand years of the Great Pyramid or during the thousand year run up to the beginning of the fully mature European Bronze Age that culminated in the actual building of the Great Pyramid.

Why then? Because that period is the period in which agriculture deforested the Sahara. A forested Sahara would have brought humid conditions and ample rainfall more that sufficient to give us our weathering history. We have simply forgotten to connect the dots and have possibly misdated the desiccation of the Sahara likely because someone made the assumption that it was driven by a slow natural change that needed centuries of desiccation.

With an already established population, the advent of the goat would have done its work inside of a century.

Physical geology is profoundly altered by storm surges, freshets, and floods, all of which do all the work and then go away. Left to its devices, Hurricane Sandy has left a new sedimentary layer that is feet thick in places. Prior to that the underlying ground went untouched for decades.

In the end it requires the type of detailed sleuthing as shown here to begin to approach a correct answer. It usually does not happen and all such claims are always tentative. An outsider does not really know that.

The canyon isn’t 6 million years old, some scientists say, but more like 70 million years old. If this order-of-magnitude challenge to the othodoxy holds up, it would mean the Grand Canyon has been around since the days of T. rex.
By Joel Achenbach, Published: November 29

To stand on the South Rim and gaze into the Grand Canyon is to behold an awesome immensity of time. The serpentine Colorado River has relentlessly incised a 280-mile-long chasm that in some places stretches 18 miles wide and more than a mile deep. Visitors to Grand Canyon National Park will encounter an exhibit titled the Trail of Time, and learn that scientists believe the canyon is about 6 million years old — relatively young by geological standards.

Now a few contrarian scientists want to call time out. The canyon isn’t 6 million years old, they say, but more like 70 million years old. If this order-of-magnitude challenge to the orthodoxy holds up, it would mean the Grand Canyon has been around since the days of T. rex.

“Our data detects a major canyon sitting there about 70 million years ago,” said Rebecca Flowers, 36, a geologist at the University of Colorado and the lead author of a paper published online Thursday by the journal Science. “We know it’s going to be controversial.”

About that she is quite correct. Her research, which reconstructs the ancient landscape using a technique called thermochronology, is being met with a cool reception from veteran geologists who study the Colorado Plateau.

“It is simply ludicrous,” said Karl Karlstrom, 61, a professor of geology at the University of New Mexico who has made more than 50 river trips through the canyon — one with Flowers, when she chipped her samples off the canyon walls — and helped create the Trail of Time exhibit for the National Park Service.

Wondrous though it is, Grand Canyon doesn’t seem terribly mysterious at first glance. It’s a gash in the landscape with a river at the bottom. The causality seems obvious. But Flowers and her fellow Old Canyon theorists say that what we see today in northern Arizona was originally carved, in large degree, by two rivers — neither of which was the Colorado River.

Under the Old Canyon scenario, the Colorado River, which originates in the Rocky Mountains, is a bit of an opportunist, and about 6 million years ago took advantage of the pre-existing canyons and linked them in a fashion that creates the sinuous canyon of today.

The debate to some extent hinges on the semantic question of whether “an Ancient Grand Canyon” (as the Science paper calls it) is the same thing as the Grand Canyon of today. The Flowers paper says the depth of the ancient canyon was within a “few hundred” meters — roughly a thousand feet — of today’s canyon.

Karlstrom warns that the Old Canyon theory threatens to confuse the park’s 5 million annual visitors: “To them, it seems like dinosaurs might have lived with humans (like the Flintstones) and that geologists do not know if Grand Canyon was carved by the Colorado River or not (it was),” he wrote in an informal note crafted in response to the new paper.

Flowers began advancing the Old Canyon scenario in 2008, and the idea has been championed by Brian Wernicke, a geologist at Caltech.

“I see all the data as aligning very nicely for an Old Canyon model,” Wernicke said.

Thermochronology studies the interiors of tiny crystals of phosphate minerals known as apatite. The crystals contain a record of uranium and thorium decaying into helium. If the temperature of the crystals is above 158 degrees, as would be expected in rock buried deep in the warm crust of the Earth, they retain no hint of helium. But if the rock has been cooler, below 86 degrees — as you’d expect if it was relatively close to the surface — the helium is abundant.

Scientists interviewed for this article believe the technique is a robust method for reconstructing ancient landscapes. But there are multi-fold objections to the interpretation advanced by Flowers and Wernicke.

The consensus estimate for the age of the Grand Canyon is based on multiple factors, including well-dated gravel deposits on the western mouth of the canyon where the river exits the Colorado Plateau and river sediments deposited into the Gulf of California.

The river incises the canyon at a known rate — about 150 meters per million years, or about the thickness of a piece of paper annually, Karlstrom said. The Old Canyon scenario doesn’t claim that the Colorado has been grinding away in the canyon bottom for 70 million years, but it does require that ancient, abandoned canyons remain dry for long periods of time, Karlstrom said.

“Rugged topography like that fills in with erosion in way less than a million years,” he said.

Professor Young, meanwhile, has an objection based on boulders and gravel that are found on the south side of today’s canyon. They come from the cliff face of the Shivwits Plateau at the canyon’s north rim. The material eroded from that cliff face at least 24 million years ago, Young said; in the years since, the cliff has receded to the north, and the Grand Canyon formed as the river ran along the bottom of the cliff.

In that scenario, there can’t have been a canyon in that spot 70 million years ago; the boulder and gravel from the Shivwits cliff would have had to jump the canyon like Evel Knievel.

Young — who has spent more than 40 years studying another paleocanyon, the Hindu Canyon, which runs parallel to the Grand Canyon and is now filled with sediment — believes the new Flowers research is recording the gradual recession of the cliff, not the carving of a deep canyon.

“I think what’s happened is the recession of the cliff is what’s caused the cooling [of the minerals] to occur,” Young said. “Their calculation is really measuring the fact that the surface was being eroded backward.”

Joel Pederson, an associate professor of geology at Utah State, applauds the new paper, though he makes a semantic distinction when discussing the age of the Grand Canyon.

“They are looking at a really awesome precursor canyon that the Colorado River later in time took advantage of,” Pederson said. “This new study really adds teeth to the realization that those paleocanyons, they were bigger and they were older than we thought they were.”

But as for the age of Grand Canyon proper, Pederson is emphatic: “It is 6 million years old.”

The Grand Canyon controversy is in many respects a case of science at its most vigorous, notwithstanding the grousing. Geologists have to find the narrative in landscapes that do not always speak clearly. The Grand Canyon provides a wonderful stratigraphic record, revealing sedimentary rock that formed hundreds of millions of years ago, but geologists struggle to discern the timing of the erosion that exposed the formations.

“Erosion’s always been the toughest problem in geology,” Wernicke said, “because what you’re trying to study is all gone now.”

As for why it matters at all — why we should care about when, and how, the canyon formed — Wernicke has a ready answer: “It’s a fundamental question of human curiosity. It’s about as basic a scientific thing as one can imagine.”

Flowers will give a talk next Wednesday in San Francisco at the big fall meeting of the American Geophysical Union, as will her ally, Wernicke — and their critic, Karlstrom. Back to back to back.

“To them, it seems like dinosaurs might have lived with humans (like the Flintstones) and that geologists do not know if Grand Canyon was carved by the Colorado River or not (it was),”
Oh, dear. I hate to blow your mind but humans were around during the periods of roaming dinosaurs and one shouldn't expect geologists to always reveal the facts when they discover them. They might even deny them, if pushed enough. I hope more of our history comes into light.

I did a date-conversion analysis of the Dinosaur/man co-existence recently and got told I was a liar for my trouble. I won't repeat the same exercise - except to say it is provable through Physics etc that Man and the Dinosaurs MOST definitely co-existed.