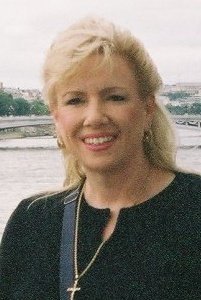 A number of folks have injected themselves into this story, so it is my turn. Firstly, having the paper rejected is no surprise as there are no peers except in regards to DNA work. It is also quite reasonable at this stage for the DNA work to be challenged.

What will be interesting are the objections raised. Since the work was apparently done to a high standard, it may simply be too difficult to raise that standard. In the meantime we are flying blind'.

However there is a real problem here. The work required two separate hypothesis:

2 That Bigfoot is a human hominid hybrid producing a genome with a human mitochondrial nucleus.

Alternatively, we are dealing with contamination even if it has been assiduously avoided by a lab experienced in just that.

Without reading the paper, I am comfortable that not only was the lab work top notch, but that the correspondent labs met similar standards.

Much more validating is that we discovered both unknown hominid DNA and that Bigfoot is a hybrid. This resolves a number of issues that were rising with the accumulation of data. This is extremely important because human characteristics were been exhibited not found in other divergent primates while archeology supports a old linage. Hybridization eliminates this issue and allows a number of major reports to be outright validated as plausible.

In the meantime we now have a check genome to test new data against.

Russian scientist, Igor Burtsev is currently making his rounds on Facebook doing his best to address the rejection of Dr. Melba Ketchum's Bigfoot DNA paper by U.S. peer review journals. Burtsev claims that he has Ketchum's paper in his possession (yes, it's real after all) and it consists of "50 pages of the main text, a lot of pics, graphs, and supplements". "It is more than enough to understand her study," he says.

He compares the Ketchum situation to the war between the North and the South. He believes the problem is a "SOCIAL one, and less - SCIENTIFIC one":

I didn't suppose people, that you are so much seek of the publication in a reviewed journal. I though that more important is the result of study. And I informed the public about it in short.

But as you are so seek in scientific publication, I talked only about my side, I meant the publication in Russia. Yes, the process of reviewing here is going, but not so quick as desired. Yes, I submitted the paper to a Russian journal. And the process of reviewing here started while the journal to which Dr Ketchum sent the paper, had not yet reflected the interest to publish it.

But Dr. Ketchum submitted the paper to the journal on your side again. And now they admitted it for reviewing. Thus, now a kind of competition arose: which journal is ready to publish it earlier and ensures her, that one will publish it. And another one will be asked to stop the process.

I explained such a state with publication in FB before, a couple of days ago. I thought that you know. But I see, some reporters wish to dramatize the state, and just a little correcting my words, pass some disinformation to make people exited.