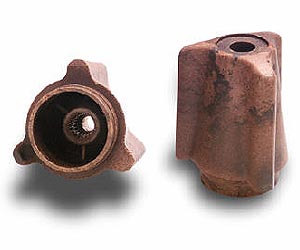 This pretty well shows us the answer.

Our long term sustainable economy will be rich in plant based feed-stocks and the two big ones are cellulose and lignin. Converting separated lignin into a natural plastic is also attractive as it will also likely degrade better than most of the plastics we use.

Instead of using nearly 50 million tons of lignin byproduct produced annually as a low-cost fuel to power paper and pulp mills, the material can be transformed into a lignin-derived high-value plastic.


Turning lignin, a plant's structural "glue" and a byproduct of the paper and pulp industry, into something considerably more valuable is driving a research effort headed by Amit Naskar of Oak Ridge National Laboratory. In a cover article published in Green Chemistry, the research team describes a process that ultimately transforms the lignin byproduct into a thermoplastic - a polymer that becomes pliable above a specific temperature.

Researchers accomplished this by reconstructing larger lignin molecules either through a chemical reaction with formaldehyde or by washing with methanol. Through these simple chemical processes, they created a crosslinked rubber-like material that can also be processed like plastics.

"Our work addresses a pathway to utilize lignin as a sustainable, renewable resource material for synthesis of thermoplastics that are recyclable," said Naskar, a member of the Department of Energy laboratory's Material Science and Technology Division.

Instead of using nearly 50 million tons of lignin byproduct produced annually as a low-cost fuel to power paper and pulp mills, the material can be transformed into a lignin-derived high-value plastic.
While the lignin byproduct in raw form is worth just pennies a pound

Naskar noted that earlier work on lignin-based plastics utilized material that was available from pulping industries and was a significantly degraded version of native lignin contained in biomass. This decomposition occurs during harsh chemical treatment of biomass.

"Here, however, we attempted to reconstruct larger lignin molecules by a simple crosslinking chemistry and then used it as a substitute for rigid phase in a formulation that behaves like crosslinked rubbers that can also be processed like plastics," Naskar said.