Corruption Will Kill Regime, But Not China 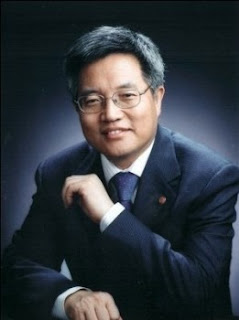 China does have the mechanisms in place to transition out of one party rule just as has happened throughout South East Asia. In my mind, it is not if it will happen but a question of when it will happen.

The good news here is that it appears that the cadres will be forgiven for now and allowed to retire gracefully. This really allows a clean sweep from top to bottom and the introduction of fresh blood.

This also makes it an ideal time to introduce democratic reforms. But if not, the way is quite clear for a future transition. Everyone waits out the decade and prepares for the next transition. Sooner or later the people's will will be accepted slow as it may seem.

The miracle of China, not seen elsewhere, is that it is so large that even the most egregious thief is small potatoes. This means all our assumptions are suspect. I wonder how many thieves actually made the calculation that they could be forgiven?

Chinese Economist: Corruption Will Kill Regime, But Not China


A former Peking University professor, Zhang Weiying, told a public forum last week how corruption could be solved in China, and emphasized that it only poses a serious threat to the Communist Party and not the nation.

Zhang, who was head of the Guanghua School of Management, spoke about the “two difficulties of anti-corruption” at The Observer Forum in Beijing on Dec. 19, where China’s new political and economic direction for the next decade was discussed following the leadership change in November.

Zhang commented that deeply entrenched corruption in the Chinese Communist Party has been worsening, and he believes few officials would be found free of corrupt behavior if they were all put under investigation.

He therefore proposed using the recent 18th National Congress as the start of a new timeline, and suggested only punishing those Party officials who continue to commit such crimes, while overlooking those who have corrected their behavior since the start of the new leadership.

In reference to the report of the 18th National Congress, Zhang opposed former leader Hu Jintao’s comment that if corruption continues, it will ruin both the Party and the country, saying only the Party will be threatened if the new anti-corruption campaign is unsuccessful.

Recently, a member of the Politburo Standing Committee, Wang Qishan, was appointed as the Secretary of the Central Commission for Discipline Inspection (CCDI). This was widely seen as an attempt to emphasize the importance being given to the campaign.

Insiders revealed this as the new Party leader Xi Jinping’s idea because the two men had already reached a mutual understanding on anti-corruption efforts.

Analysts believe that Wang, who previously had portfolios in finance and economics, will continue his forceful style in his role as CCDI secretary, and is likely set to focus on corruption in China’s financial sphere—where there is plenty of it.