Japanese Support for Whaling at Only 26.8% 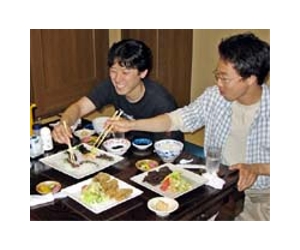 There may come a day in which the whale population or some part of it will need to be managed. However, that is generally centuries in the future at best. It is also plausible that communication will be achievable and the whales can become active participants in the management of the seas themselves. We need them if that becomes possible.

In the meantime, we need to support efforts to change the Japanese consensus itself. Without popular support the Japanese double game cannot end without considerable loss of face. A change of consensus allows a backing down in the face of a new reality.

Then a way must be found to engage that allows changes to take place.

We are heading for a world in which large mammals will all be carefully and humanely managed as a matter of course. Most will serve mankind allowing large populations. The rest will merely live in the edges as always.

Of 1,200 people questioned for the International Fund for Animal Welfare (IFAW), 26.8 percent said the country should continue its hunt against 18.5 percent who opposed it. The remainder expressed no opinion.

Japan hunts whales using a loophole in a global moratorium. It kills the mammals for "scientific research" even though the meat is later sold openly in shops and restaurants.

Environmentalists routinely condemn the hunt and maintain it does not have the support of Japanese people.

In a press release, IFAW tried to put a positive gloss on the survey, which questioned people aged 15-79 nationwide over a 13-day period in October.

"The good people of Japan are taking whale meat off the menu," said Patrick Ramage, director of IFAW's global whale programme, citing the 88.8 percent of respondents who said they had not bought whale meat in the last year.

The survey did not provide results for how many people had actually consumed the meat over the period.

Japan's Fisheries Agency is to sell whale meat by mail order, the Mainichi Shimbun reported earlier this month. It said the move is aimed at boosting consumption after demand fell as prices rose.

IFAW opposes all commercial and scientific whaling and advocates whale-watching programmes that it says generate around $2.1 billion annually for coastal communities.

Japan's whaling fleet is expected to set sail for the Southern Ocean around Antarctica in the next few weeks.

Tokyo will not disclose the exact date of the departure, citing fears of attacks by militant conservationist group Sea Shepherd which habitually pursues the ships.