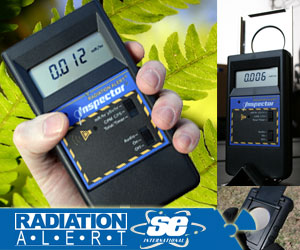 There are three serious problems with uranium. The big one is outright denial that there is a problem at all. The second, prompted by the first is the outright failure to apply best practice to resolve problems. The third is the unwillingness of the public to confront these problems honestly in order to ensure best practice is the norm.

The hard reality is that adopting nuclear power goes with an unbending responsibility that has here been dodged. If an acceptable alternative existed, then we would never use it. Today we have installed technology and must pay attention .

We cannot exit yet because it is also necessary to consume all remaining fuel. This is not as impossible as it is made out here but it does require a global mandate and a global solution that sets up special purpose reactors that clean up all the waste. These should be thorium.

The take home is that it is completely solvable but not easily by any particular stakeholder.

We can even cut up irradiated material and then stuff them into depleted coal mines and then collapse the ceilings. My point is that there are excellent protocols available as long as one does not demand utterly unreasonable standards.

We need an UN atomic energy commission tasked with tracking, recovery and the cooking off of all active radioactive waste. It should also be responsible for all licensing and monitoring.


Almost half of Fukushima children now have thyroid disorders from radiation poisoning, officials blame 'too much seafood'

December 02, 2012 by: PF Louis
(NaturalNews) Not much information comes out of Japan about Fukushima anymore, and the American MSM seems to have forgotten what watered down reporting they had done earlier. But the human suffering has begun in Japan, and even the Japanese government is trying to pretend it's not happening.

The curtain is pulled over the total impact of this disaster to protect the nuclear power industry. The government and media blackout has become known as "plume gate" for the radioactive plume that was released from the Fukushima mishap.


The Fukushima reactors were designed by General Electric, and 23 reactors of the USA's 104 operating reactors are very similar to Fukushima's. Lately, awareness of nuclear power's pitfalls is growing and casting a shadow on nuclear power's illegitimate claim of sustainability and unlimited power.

The suffering has already begun

Thousands of Japanese children from Fukushima and the nearby areas have been diagnosed with cysts and nodules on their thyroid glands. So far, 41.1 percent of 57,000 tested have shown these early warnings of potential thyroid cancer.


Even worse, four out of five Fukushima evacuees have been observed with developing thyroid abnormalities. It's not just iodide isotopes with their relatively short radioactive half-lives that can penetrate thyroid glands, cesium-37 isotopes with longer half-lives can too. Here's the shocking truth about radioactive half-life. (http://www.lbl.gov/abc/Basic.html#Half)


However, the official medical line from the head of this research is that maybe they've eaten too much seafood or taken too much iodine. It's also an official decree that the testing be stopped before it begins in other areas of Japan.

Even in Tokyo, doctors are reporting dramatically increased incidents of incurable diarrhea, non-stop nose bleeds, and flu-like symptoms. Some parents are becoming activists in Japan to get at the truth and get their children treated properly. Children are more easily affected by radiation poisoning.


A Japanese pediatrician even put out a YouTube video asking for outside help since the Japanese government is not helping as they should. (http://enenews.com)


Dr. Christopher Busby, visiting professor at the University of Ulster's School of Biomedical Sciences and Scientific Secretary of the European Committee on Radiation Risk put out this video about Fukushima. (http://www.youtube.com/watch?v=CdvfsBsXNS4)


He's been attacked. But as a saying goes: "You know you're getting close to the target when you're getting flack." Here's Busby's counter attack: http://fukushimaupdate.com

Nuclear power is dangerous no matter how it's used

Even with flawless operation, the growing problem of where to put power plants' spent fuel rods, which are actually still very radioactive for centuries, is becoming an issue that's swept under the rug. Using DU (depleted uranium) for ammunition has been one outlet for nuclear waste.


Depleted uranium is a misleading term. Depleted means it's not suitable for nuclear reactor use. But it's still highly radioactive. Uranium metal is extremely hard, and DU is used to on projectiles and bullets in modern warfare because of DU's ability to penetrate even armor.


This has begun in Iraq and elsewhere. These mists can also be carried far away from the immediate areas as radioactive measurements in the UK have demonstrated. In effect, nuclear war has been practiced for decades by the U.S. and its allies by using DU ammunition, which the UN had earlier declared illegal.


A massive underground radioactive waste "tomb" is under construction in Finland. It's known as Onkalo, and it's featured in a documentary entitled Into Eternity. Onkalo is only for Finland's nuclear waste. Sweden and France may follow soon. Will others follow, or is it already too late?

Michinori Sasaki, the vice-principal of Doho kindergarten and priest of Shingyoji Temple in Nihonmatsu, Fukushima, said, “the children have health problems that they didn’t have before, including thyroid diseases. Almost every night parents come to our temple crying about the their children’s health problems and their future.”
Sasaki worries about his own four children as well.
“My wife and I want to leave this city because my children are sick and have diseases, but I can’t throw away my temple.” [...]
“Parents fight,” Sasaki said. “The mothers want to leave and take their children to a safer area, but the fathers can’t leave since they can’t find jobs outside.” [...]