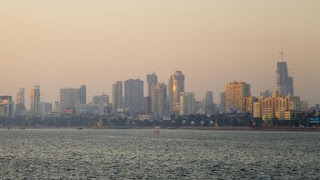 In short, real estate is a huge choke point for the economy.

In Vancouver a development cycle takes at most about two years and a lot less for an ordinary build out requiring no zone changes. This includes public input as needed and rezoning profits are siphoned off by the city in the process. This last is not universal outside Vancouver, but it is the natural trend. Thus no reward exists for inappropriate bribes.

Thus planning begins to bite and the playing field is seen as essentially level.

From this, it appears that most of what is needed is already in place. Take away the gimmes and rationalize the approval flow and the garbage ends. The city may even get the coin to upgrade and modernize their information systems.

In time the bribe culture may slowly go away as it has done elswhere.


India: Why land is at the centre of all scandals

Recent estimates indicate that the size of India's shadow economy may vary from 25% to 50% of the country's annual gross domestic product (GDP).

Among the 176 nations ranked in Transparency International's Corruption Perception Index (2012), India stood at 94, which was a lot worse than Brazil and China.

India's property sector is possibly the worst offender. Barun Mitra, the founder and director of the Delhi-based Liberty Institute, has calculated that all the land transactions, including those related to natural resources like mining, generate $20bn (£12.54bn) to $40bn of illegal money each year.

This is also evident from recent allegations made by activist-turned-politician Arvind Kejriwal about links between the Congress Party president Sonia Gandhi's son-in-law Robert Vadra and the country's biggest real estate developer, DLF.

Here are five reasons why the real estate sector contributes so much to the black economy in India.

A government report concluded that the shortage of residential houses in urban India would rise from 24.71 million in 2007 to 26.53 million in 2012.

In addition, there is a huge pent-up demand for commercial spaces and land for building factories and huge infrastructure projects such as roads, ports and power plants.

Despite the huge scarcity of real estate, thousands of owners hoard properties and are reluctant to sell because they expect prices to rise in the near future.

The combination of a demand-supply mismatch and speculative urge provides opportunities for bribery.

Experts believe that a majority of real estate deals have "white" and "black" components, which implies that a part of the price - up to 50% in some cases - is paid in cash to avoid paying tax.

For both the buyer and seller of property, the taxes are too high. In many cases they can rise above 10% of the value of the property.

While the buyer pays a tax to register the land in their name, the seller has to pay capital gains on the difference between the purchase and sale prices.

So there is an incentive on both sides to understate the price in a bid to avoid the taxes, and pay the difference between actual and declared values in illegal money.

However, the government hopes to correct this distortion. Under a new bill to establish a central property regulator, the cost of land registration may be reduced to 5%.

In his book, The Mystery of Capital, Hernando de Soto has argued that a principal reason why capitalism does not work in developing and under-developed nations is because the ownership rights of land and property "are not adequately recorded".

Hence, "these assets cannot readily be turned into capital". By contrast, in the developed nations like the US, "every parcel of land, every building is represented in a legally binding property document".

Land records in India are opaque, stored in inaccessible places, and most of the ownership is disputed either in a court of law or because of family fights.

The lack of trustworthy online ownership data and the use of incomplete documents make it difficult for both buyers and sellers to enter into property transactions with complete confidence.

Thus, there is a tendency among sellers with disputed records to demand payments in cash.

The only buyers who can enter such a market are those with access to illegal money.

Now, the government has proposed that only those states that have their land records online can access central funds for welfare schemes like the Jawaharlal Nehru National Urban Renewal Mission.

Although every city and town has its master plan, which designates areas meant for agriculture, residences and offices, these can be arbitrarily changed at any given time by the local authorities.

Thanks to such official discretionary powers, there is a tendency among builders, estate agents and powerful individuals to abuse political patronage to change the land use of their properties.

As is indicated from the allegations made against Mr Vadra, changing land use from agricultural to commercial can treble and quadruple its price within a few months.

Similarly, there are huge opportunities to buy land in advance near an upcoming highway or metro train track, whose value is likely to multiply once the project comes through.

Here too, political links help to know the status of such projects in advance.

These anomalies lead to under-the-table payments and bribes to grab such favours.

To complete a sizeable property project, any builder in India has to get almost 60 approvals, produce about 175 documents, and deal with 40 central, state and local government departments.

Estimates indicate it may take a builder three to four years to complete the official paperwork and get all the requisite bureaucratic clearances.

There is, therefore, a tendency to pay bribes to politicians and bureaucrats to speed up the process.

At the same time, individual sellers who are unable to deal with the red tape demand their pound of flesh in cash payments so that they can evade taxes and earn extra bucks.