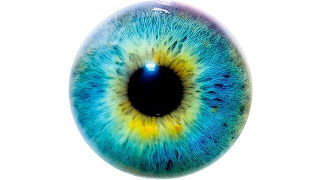 What mystery? The reality is that people do take pride in their work and respond well if you show them that you are observing them. This inevitably results in increasing productivity as the employees themselves improve their skills. It soon becomes a game with internal feedback. Yet all that is necessary is to been seen doing something that allows the employee to be seen.

People love competition and the worst most boring repetitive task becomes pleasant when turned into a game. Better still, just how many folks would spend any time throwing a baseball for wages and no recognition and no game involved. Were do you think their productivity would go? Now if we could apply this insight to picking raspberries and a few other thrilling tasks about the farm.

Good management knows this although it is often because the manger in question is a natural social organizer. If not, then the manger must make himself pay attention and cause appropriate activities to take place. It is never enough to simply grind the numbers.

The lasting mystery of the Hawthorne Effect

The Hawthorne Effect is cited by both business experts and psychology experts, but rarely in the same way. Some say it's real, some that it's real but misinterpreted, and then others that it doesn't exist and never has. It all started with an attempt to increase productivity at a factory in the 1920s, and we've been arguing about it ever since. What does it mean? You tell us.

There were few things that researchers did that could decrease productivity. Surprisingly, they found that one of the few things that did was a series of small pay raises, but soon found that the workers had gotten together and planned to decrease their productivity because they thought the combination of heightened productivity and a little extra cash for people meant that the higher-ups were going to fire some extraneous workers. Shortening the working day by too long decreased overall productivity as well, although hourly productivity increased with shorter hours. Mostly, according to the original interpreters of the experiments, it seems that any meddling caused productivity to go up.

For many scientists this was an example of the bias that comes from people's understanding that they are part of an experiment. No matter how much researchers might try to make experiments controlled, they can rarely control for the fact that the people involved know they are being experimented on. Business managers and practical psychologists took a different view - or rather a few different views. Some believed that the constant signs that they were being watched kept workers productive. Some thought that it was the knowledge that they were part of an experiment made workers feel that their job was important, and so they worked harder. Others thought that the change itself kept the day fresh. Elton Mayo, who was one of the people who coined the term, "The Hawthorne Effect," believed that the sympathy and communication that the researchers gave to the workers might have made them more productive.

Many modern researchers consider the Hawthorne Effect no more than a myth. There are quite a few problems with the study. For one thing, in some cases workers received productivity reports, and often worked towards known productivity goals, which may have influenced them more than the trivial changes in working conditions. As for the famous illumination studies, most of the data on them was lost or destroyed; they became more anecdotal than anything else. When a copy of the data was found on microfilm, analysts noted that the lighting levels were changed on Sunday, the day off for workers. Monday was more productive than the Saturday before. However, Mondays were always more productive than the final days of the last week, even if no changes were implemented. The jump in the output numbers was largely due to the day of the week, not the change in the conditions. The most famous result of the study may have been entirely fictitious.

Which was not to say that the study was necessarily useless. The long-term factory workers who had been there for the long years of the studies did improve their performance with much coaching and eight years of practice in making electrical equipment under many different conditions. And a lot of modern medical facilities implement Hawthorne-influenced policies in which they let workers know that they'll be keeping track of certain medical problems - for example, infection rates - and see a drop in infection and an increase in cleanliness protocols. When people know someone, somewhere, will be taking note, they are more apt to change their behavior. But if any random change or hint of watchfulness has an effect on workers, no one knows. If the Hawthorne Effect holds true, there are few ways to test it. What do you think?